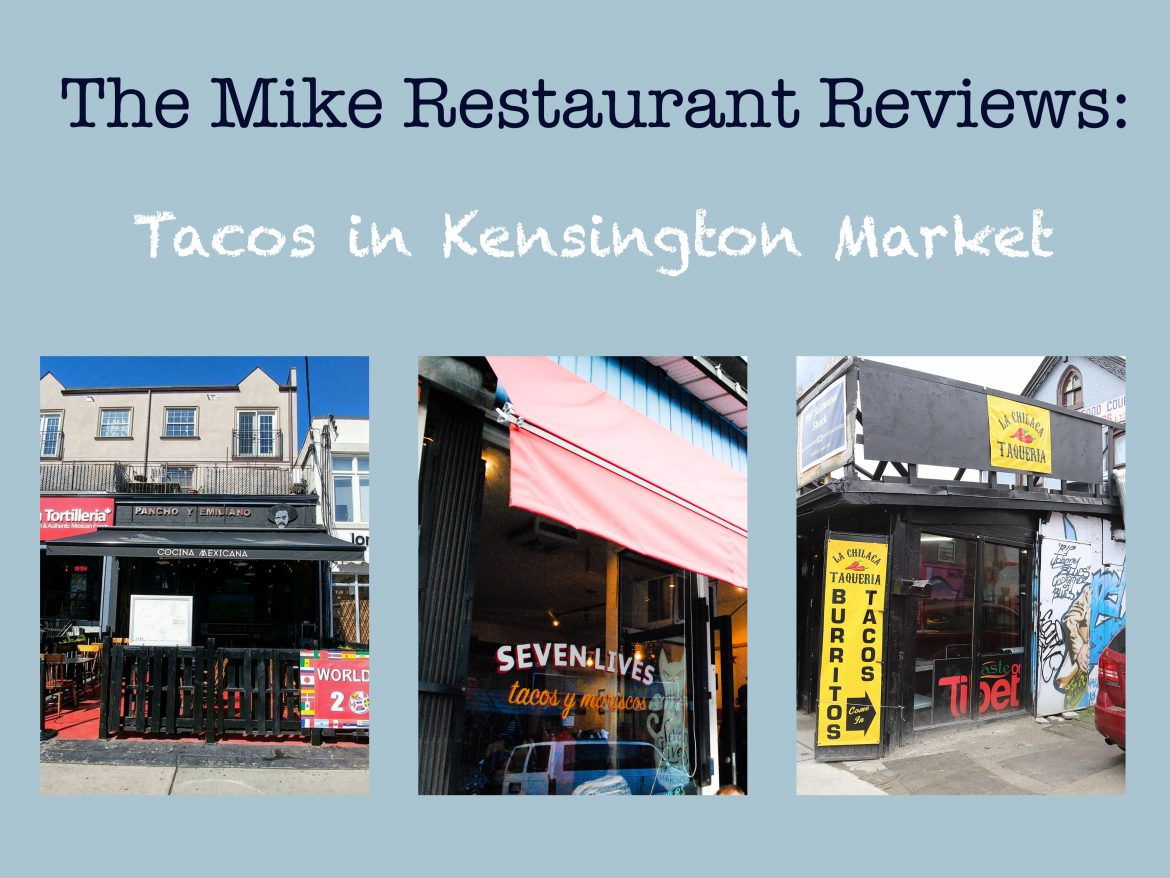 Seven Lives has been my go-to taqueria, so in full disclosure, I might have a slight bias. This time, I tried their daily special, a braised beef belly taco; like always, the taco did not disappoint. The taco was flavourful, the meat was perfectly cooked, and it was a decent portion. They also have a selection of hot sauces to choose from, which is a huge plus for me. Seven Lives offers an eclectic and fun atmosphere, with funky decorations and upbeat music. All that being said, their tacos range from $6.50 to $7.00, which is slightly more expensive than other options. However, I think the quality is definitely worth the price.

With fast service and standing tables, Seven Lives is a great place to come with friends if you’re looking to have fun, but have a time crunch.

Just around the corner, you’ll come across a small market containing three taquerias and a churro stand. This is where La Chilaca Taqueria is. This market has great energy, with vibrant music and friendly staff. La Chilaca offered very fair prices for their tacos; you could get three tacos for $12.00, or two specific tacos for $6.00. I decided to try the two-taco combo, trying a chorizo and marinated pork taco–my friend who tagged along for the adventure got the lamb taco, and also let me try that one. The lamb was by far my favourite, but the other two were still very good. While overall I think Seven Lives tacos still outranked La Chilaca, their lamb taco was definitely the winner in my opinion. The biggest downside to La Chilaca was that it is takeout only – there’s a park just down the street that might be nice to eat in during the summer but going in 11-degree weather was pretty unenjoyable.

If you’re looking to do takeout or have a picnic this summer, La Chilaca is a great option and definitely won’t disappoint! Make sure to try the lamb taco if you go!

Just around the corner, you’ll find Pancho & Emiliano. This was the only sit-down restaurant I tried and was by far the most expensive with their tacos ranging from $7.00 to $11.50–you also had to order either two or three, depending on which taco, and could not mix and match. For being the nicest and most expensive, I was pretty disappointed that this was my least favourite of the three places I tried. I ordered a beef taco – it was quite flavourless, and the meat was chewy. That being said, the staff were very friendly, and they had some really great margaritas! However, I can’t say that I would recommend this restaurant based on their tacos.