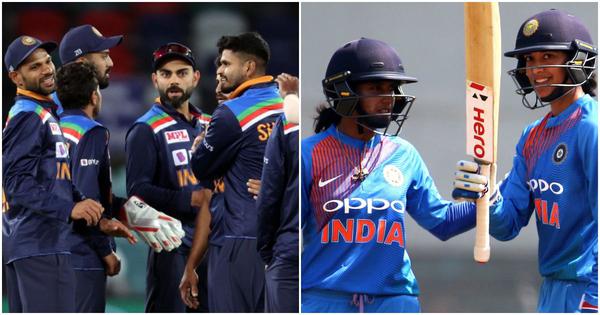 On October 27, 2022, the Board of Control for Cricket in India (BCCI) undertook a decision to pay equal math fees to centrally contracted players.

Jay Shah, BCCI Secretary, stated that Indian cricket players will be paid fifteen lakh rupees per match for Test match cricket, six lakh rupees per match for One Day International cricket, and three lakh per match for T20 Internationals. This move by the BCCI goes a long way in shifting from the gender pay disparity rampant in India, with the country ranking 108 out of a total of 149 countries on the gender gap index. Additionally, it is a shift towards recognizing women’s efforts in cricket to be at par with their male counterparts. The rampant patriarchy in that dominion has left women largely ignored and on the sidelines. Hence, the decision to hand out equal compensation in terms of match fees is a step towards inclusion and equality.

However, pay parity in Indian cricket isn’t as simple as the pay parity in most nine to five jobs. To understand the complexities is to understand whether pay parity is the culmination or the start in a series of steps that the BCCI needs to take to ensure that women in the sport are protected, appreciated, and encouraged.

An equality in match fees does not directly translate to an equality in earnings, as the team that plays more cricket matches will inadvertently earn more. Test matches earn the most, at fifteen lakhs per match. Since 1976, the Indian women’s cricket team has been involved in 37 test matches, averaging out to 0.67 test matches per year. In comparison, during the same time period, the Indian men’s cricket team has played 426 test matches at 7.6 tests per year . This discrepancy in opportunities stands true for One Day Internationals (ODIs), with women having played 301 matches since 1978 and their male counterparts being involved in 1007 matches since 1978, which is roughly three times the amount of cricket.

The only format within the game that has a similarity in numbers is ‘Twenty 20 Internationals’ (T20Is), where women have played 152 matches since 2006 and men have played 189 matches, during the same time period. However, the reason the men’s T20 cricket at the international stage is considerably limited, when compared to other formats,  is because of the prominence of domestic T20 leagues in major cricketing nations. The Indian Premier League (IPL) is the domestic T20 league in India which garners players, media, and spectators from all over the world. Since its inception in 2008, the IPL has seen 901 matches in three different countries with the average IPL player earning up to 3.70 crore through player salaries, accurate as of the 2022 season. In comparison, the closest thing the women’s game has to a domestic league is the T20 Challenge which has seen a total of 13 matches since 2018 with the average match fee estimated to be around one lakh rupees. This massive gap in numbers for the women’s game in comparison to the men’s game tells us that pay parity is only the first step. A parity in earnings cannot be achieved unless the women’s game is promoted to the same extent as that of the men’s game, and women are provided with equal opportunities in terms of matches played.

It is apparent that men and women aren’t yet equal in the realm of cricket in India. However, that does not mean that the BCCI’s decision should not be applauded. Pay parity with regards to match fees is definitely a step in the right direction, and so is the BCCI’s decision to initiate a women’s IPL with big name sponsors and prizes. That being said, it is still merely a step, and equality remains a long road ahead.