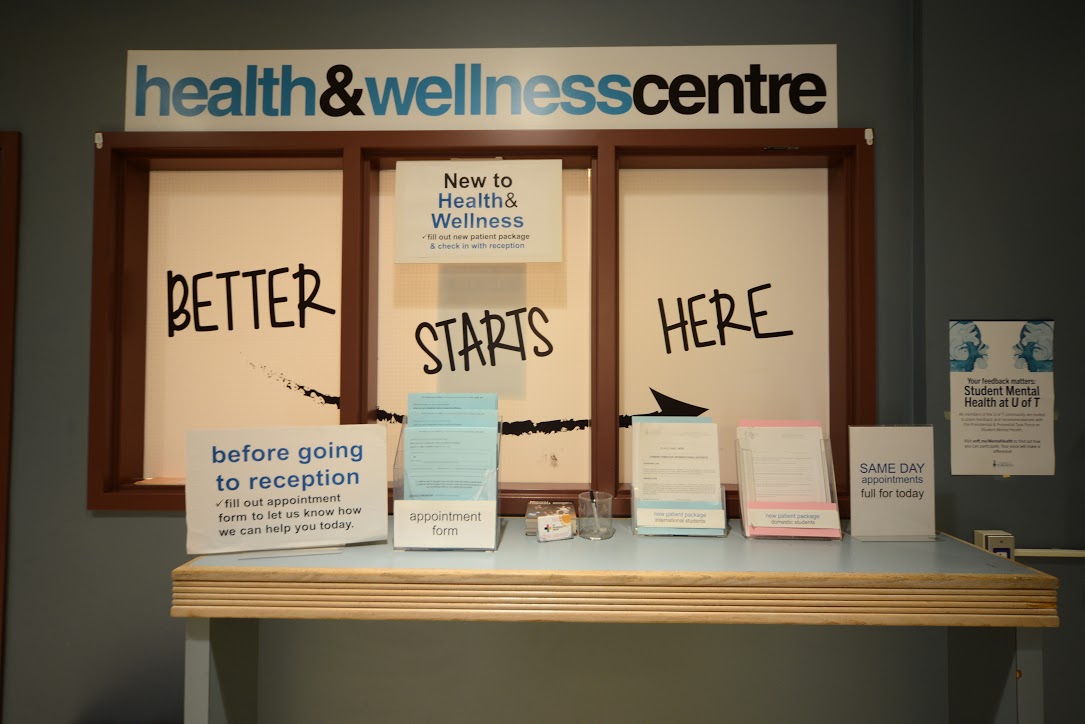 The Presidential & Provostial Task Force on Student Mental Health, which seeks to review student mental health and make mental health supports more transparent and accessible, is currently in phase three of its production.

From November 11 to 15, the Task Force held in-person pop-up events which asked for the active contribution of student voices. These pop-up events acted as interactive opportunities for students, staff, and faculty members to review and respond to the Draft Summary of Themes. There was also an online forum open from November 7 to 25 which acted as another way to engage participation on the summary of themes.

Phases one and two of the Outreach and Engagement Plan, according to the Provost’s website, “involved in-person focus groups and open campus listening sessions; an online feedback form; and student-led Innovation Hub feedback events.” The Task Force also visited the three University of Toronto (U of T) campus health centres.

Phase three of the Task Force specifically asked for active student, faculty, and staff engagement. The online consultation portion of phase three was held from November 7 to 25. It allowed members of the U of T community to provide anonymous feedback on the summary of themes.

The online consultation asked the following questions: “What aspect(s) of the Draft Summary of Themes resonates the most with you? What, if any, aspect(s) of the themes do you think is missing and/or misstated?” It further included a section which allowed space for any relevant additional feedback. The answers given to these questions were then anonymously shared with the Task Force.

The in-person pop-up events involved the Task Force, partnered with the Innovation Hub at U of T, running student-led feedback sessions. The events were held across all three of U of T’s campuses and required no registration. According to the Provost’s website, “Students, staff, and faculty members [were] invited to stop by at any point during the pop-up event to offer feedback and participate in related activity.” The in-person events allowed for community members to respond publicly, through post-it notes, or privately on feedback cards given during the event.

Though it seems that despite all this, U of T is still facing controversy on its handling of mental health concerns. According to a report by CBC News and an article in The Medium, On October 2, a student at U of T’s Mississauga campus who was seeking help for suicidal thoughts at the Health and Counselling Centre (HCC) was handcuffed when the HCC called campus police.

According to the numerous reports on this incident, the student who arrived at the HCC with a friend had developed a safety plan with a nurse. Though before the student could leave, the nurse informed the student that it was part of protocol for them to speak briefly with campus police. The student was then handcuffed and arrested by the officers after disclosing she was having suicidal thoughts. The student and friend then waited for a police car so the officers could take the student to the hospital, as according to CBC News reports.

In a press release by the University of Toronto Mississauga Students’ Union (UTMSU), the decision the HCC made by calling the police was criticized. It was stated in this press release that “the UTMSU believes that this student should have been approached with care and compassion, not handcuffs.”

The University of Toronto Students’ Union (UTSU) further endorsed the sentiments made by the UTMSU, stating that it too “stand[s] in solidarity” describing the incident as an “injustice.”

As of currently, a petition to “Stop Students from Being Handcuffed for Seeking Mental Health Services” has been put up as a response. The link to sign the petition can be found here: https://www.change.org/p/christine-elliott-minister-of-health-stop-students-from-being-handcuffed-for-seeking-mental-health-services.

As such, despite the attempts of this Task Force to engage in a review of mental health policies, U of T still has a lot more room for improvement on its handling and care toward mental health concerns.

Resources to call for help: