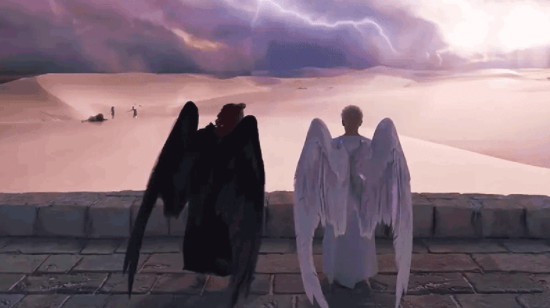 Confronting the un-Christian acts of Christians

In the past few months, there have been some shocks in learning things about some high-profile Christians. The first was Carl Lentz, the former lead pastor of Hillsong NYC, who cheated on his wife. The next was Ravi Zacharias, who founded the RZIM and passed away in May 2020, was founded to have engaged in various acts of sexual misconduct. This is not the first or only time that Christians in positions of power have been found engaging in harmful acts, and it makes one wonder if what George Orwell wrote is true: power corrupts, absolute power corrupts absolutely.

Lentz was a prominent figure and can even be called a “celebrity.” Lentz brought many people to the church and to the faith. I cannot say that those works were a bad thing. Zacharias and the RZIM was a leading group in apologetics. I cannot say that this was not good or important work. Lentz has since been fired, and the RZIM has stopped doing apologetics, shifting to a grant-giving charity.

But the repercussions of their actions do not go unforgotten and make us question the work that they did. Are they false Christians? If we consider them false Christians, then do we object to all the work they have done? When Lentz was fired, Brian Houston, the founder of Hillsong said that “In terminating [Lentz’s] tenure, we in no way want to diminish the good work he did here.” I tend to agree with this attitude. We see that God can use anyone. We see it in the life of Paul, who was first Saul, a man who persecuted Christians with fervour. Yet with Paul, his bad actions were before he became a Christian, not after.

This is not to say Christians do not sin, but Christians should actively try to avoid sinning as much as possible. 1 John 3:6 reads “No one who lives in him keeps on sinning. No one who continues to sin has either seen him or known him.”

How to reconcile the good and the bad is a question that has been raised before. Look at the sexual abuse cases within the Catholic church, which cumulated to a 2001 apology where Pope John Paul II called the sexual abuse within the Church “a profound contradiction of the teaching and witness of Jesus Christ”. In 2019, Pope Francis made changes that allowed for greater transparency.

While it is good to see reforms being made, and actions being taken to attempt to right some wrongs and give comfort and justice to victims, this also is a good reminder for us – do not place people on a pedestal. We are called in 1 Corinthians 10:14 to “flee from idolatry”. The context of the verse is referring to false gods, but I think it’s also a friendly reminder that we should not worship people as if they were a god. If our faith is reliant on a person rather than in God, then when we become aware of other people’s sin, we will be swayed. But if our faith is solely in God, we will not be led astray.

Therefore, it is also important to first reflect on our own faith. Are we faithful? 2 Corinthians 13:5 reads “Examine yourselves to see whether you are in the faith; test yourselves. Do you not realize that Christ Jesus is in you—unless, of course, you fail the test?” Rather than try and judge others, we should judge ourselves.

Once we have examined ourselves, let us not be led astray, and let us help others not only come to the faith but to help others be faithful. This is a continual process.

Let us rely on God in this process.

“Trust in the Lord with all your heart
and lean not on your own understanding;
in all your ways submit to him,
and he will make your paths straight.”