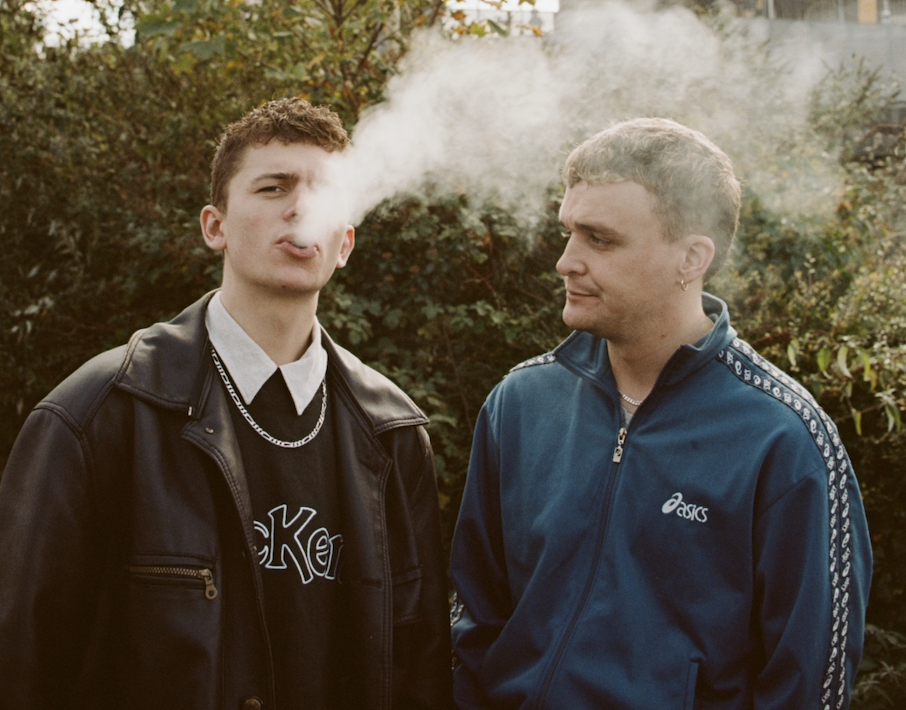 A mixtape review about the emergence of a new alternative duo

If you’re looking for an imaginative album that applies thoughtful narrative and unique beat production, look no further. On the alternative scene has come Sad Night Dynamite. Archie and Josh, two friends who formed the group near Glastonbury, have recently released their self-titled mixtape on February 26th, and have offered a refreshing blend of new and old.

What I found most interesting, and think listeners should pay attention to, is the quality of the sound. Their music is distinct compared to other songs, and their ability to artfully fuse multiple genres such as hip-hop and electronic synths to create steady yet simulating rhythms is what catches your attention. This is also one of the reasons they’ve been causing a stir in the community as other artists have started to take notice, including FKA twigs and Gorillaz.

Let’s pay attention to “Icy Violence”, the second track of the mixtape. The opening is eerie and keeps the listener anticipated for the first verse. What this song offers, just like the rest, is vivid storytelling. They prove to have a knack for being able to instantly transport you to a similar location as the narrator, like the foggy English seaside. It’s a fantastical and mythical exposure that many songs don’t present. According to an interview with Cool Accidents, the song is about moving on. If you’d like to read in between the lines, the first few verses can be interpreted as someone wanting to rid the demons that have been following them around in the beachy area the story is set in.

“Smoke Hole”, another popular track, continues the theme of being in a strange town full of mysteries. It’s almost as though its lyrics and mafialike vibe want you to initially feel uncomfortable when you listen (add the music video on top, and that sentiment will amplify). Nevertheless, it’s a welcome discomfort because the song wants you to peel the layers, using the unnerving voice with wispy shrills telling you about what had been happening to the narrator such as meeting a man who didn’t know where he was.

“Krunk” is one of the most overlooked for its groovy instrumental intervals. The lyrics, though explicit, are catchy. It’s more upbeat than the others, being a song that you can bob your head to, enthusiastically. As the title suggests, this song is all about an absolutely intoxicated man who goes around harassing women, making snarky comments, and is too drunk to realize any of what is being said or done. It’s an interesting touch in the midst of feminist movements, so I’d like to think its underlying message is that it mocks harassers for their actions.

I usually don’t pay much attention to tracks on mixtapes or albums that are titled “Intro” or “Outro”, but the two here weave together the rest of the songs, like the knots at the two ends of something you’re sewing. Without them, I think the rest of the mixtape would have fallen short and it would be obvious that something essential was missing. I personally enjoyed listening to the outro titled “Mussel Bay”, and it’s the perfect closer for a storyline off the shore of a bizarre town full of shadowy characters.

Overall, the songs they’ve produced captures modern psychedelic music fused with alternative rap among other genres, and it’s no surprise that they are gaining popularity fast. Maybe you can also be part of their fanbase because I think that their efforts deserve it.