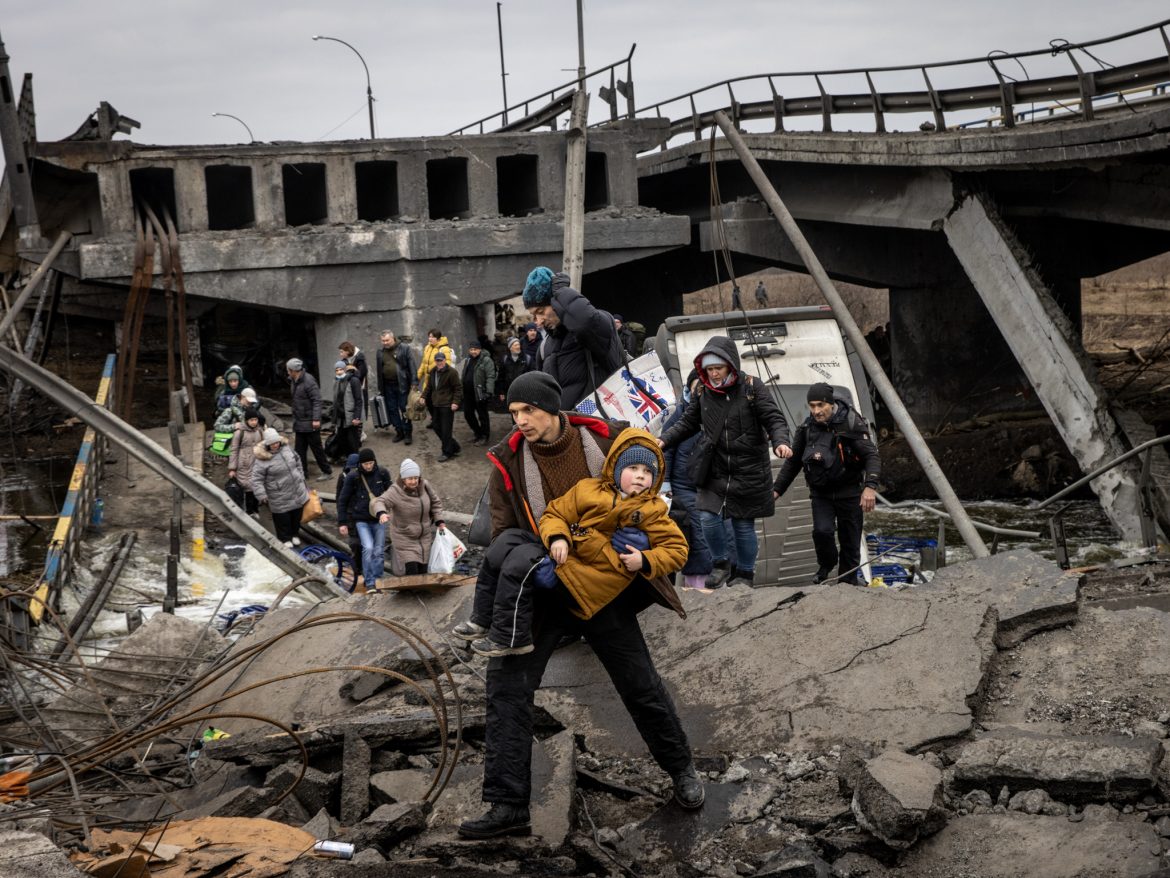 Saving Ukraine is not worth thermonuclear Armageddon for everyone else

The opinions in this article are that of the writer. They are not necessarily representative of the views of The Mike of U of T.

If you haven’t heard about the news in Ukraine by now, you must be living under a rock.

Or maybe a nuclear bunker.

On February 24, Russia launched a massive invasion on Ukraine from Belarus, Crimea, and Russia itself. It was a dramatic escalation of the war that had begun in 2014 and had already killed thousands of Ukrainian civilians. Russian military actions immediately drew sharp condemnation from international observers. A full-scale invasion of another sovereign European nation has not been seen in Europe for decades. The moral indefensibility of the invasion has united public sentiment in the West against Russian President Vladimir Putin and his offensive. Thousands of Ukrainian civilians have been killed, including children and other non-combatants whose deaths do not represent legitimate military targets. Russia has launched a war of aggression that violates international law, and its indiscriminate attacks against hospitals, schools, and other civilian infrastructure are flagrant breaches of the 1977 Geneva Conventions.

The Western world has not silently stood by and watched the Russian war machine assault Ukraine. Ukraine has received nearly $100 million in cryptocurrency donations alone. The Canadian government has pledged $145 million to humanitarian assistance, which will fund non-governmental organizations such as the World Food Programme, the UN High Commission for Refugees, Save the Children Canada, and the World Health Organization.

The public call to support Ukraine has not been limited to humanitarian assistance, and it has taken a variety of controversial forms. Western observers have identified Russia as a geopolitical enemy and the Ukrainian invasion as a threat to our own security interests and the members of the North Atlantic Treaty Organization (NATO) as a whole. Calls to action have taken various anti-Russian and pro-Ukrainian stances, ranging from a broad series of sanctions

on Mr. Putin and Russian businesses, calls to overthrow Putin himself, and the establishment of a foreign legion for non-Ukrainians who are personally willing to fight. Perhaps the boldest policy option for Western governments has been to send NATO military aid to Ukraine. From sending Polish and American fighter jets to Ukraine to a NATO-enforced no-fly zone over Ukraine, the urge to mobilize Western military capabilities in defense of Ukraine has dominated headlines.

After the 1945 atomic bombings of Nagasaki and Hiroshima, American physicist J. Robert Oppenheimer, remembered as the “father of the atomic bomb” for his contributions to the American nuclear project, remarked: “Now I am become Death, the destroyer of worlds”. Oppenheimer had borrowed from Hindu scripture to herald the destructive horror of the nuclear age—fiery Armageddon at the press of a red button, biblical power bent to the will of men.

During the 1962 Cuban Missile Crisis, Soviet Premier Nikita Khrushchev and American President John F. Kennedy stared each other down with Apocalypse on the tip of a missile and barely averted the most devastating war in world history. Good judgment and rational action didn’t prevent the world from ending in 1962. As American Secretary of Defense Robert McNamara later admitted, “we were successful only because we were lucky.”

I invoke the history of atomic weapons not because nuclear war is a likely outcome of the war in Ukraine. Even though Russia and the United States each control thousands of nuclear weapons, all nuclear powers have respected, long-standing norms of peaceful deterrence, crisis management, and nuclear restraint. However, all nuclear nations exercise deterrence capabilities by being willing to use their nuclear weaponry. This is the nuclear doctrine—Mutually Assured Destruction (MAD)—that we all live under. We must therefore remember that averting nuclear war must be at the forefront of our collective consciousness. Nuclear conflict is not merely a first-order security threat, but a uniquely existential threat as well.

A photograph of the first thermonuclear test on October 31, 1952. (Joe Raedle, Getty Images)

The stakes of nuclear policy dictate that escalation is treated with extreme caution. After all, no one ever intends to start a nuclear war. However, the Cuban Missile Crisis has demonstrated how careless policy and miscommunication leads to cycles of ever-escalating tensions when all sides seek to avert defeat. It is therefore very hard to determine the likelihood of nuclear conflict at any given time—nuclear policy is top secret—but we know that crossing certain lines makes escalation and therefore nuclear war more likely. In order to escape a nuclear crisis and avoid entering one, all nuclear powers must feel that it is acceptable to stand down, or otherwise have a “way out.”

Western and Ukrainian policymakers and commentators have consistently escalated tensions and inhibited Putin from backing down. On February 28, eight presidents of European Union (EU) member states, all of which also belong to NATO, called on Ukraine immediately to

join the EU, which includes a common defense pact. Ukrainian President Volodymyr Zelensky has repeatedly called for NATO to establish a no-fly zone over Ukraine, which would have to be enforced by NATO military forces. The US, Britain, Poland, and other NATO members have been rapidly sending billions of dollars in military assistance in a show of defiance against Putin. By imposing heavy sanctions on the Russian financial and industrial sectors and shutting Russia out of SWIFT, the international messaging network for banks and financial institutions, nearly all major economies have declared economic war on Russia. Putin has warned against each of these measures, declaring that they would constitute hostile actions of escalation that would justify Russian retaliation. Each of these policies has made de-escalation increasingly unlikely for Putin’s political position and pushed Russian policymakers closer to the unthinkable.

What should Western governments do in the face of the Ukrainian crisis? Firstly, clearly signal their intentions and actions and allow Putin to do the same in order to minimize miscommunications. We should respect our leaders’ decisions regarding de-escalation and champion humanitarian causes. Instead, we have called them Chamberlain for showing restraint. We should avoid provoking Russia and limiting Putin’s options. Instead, Western sanctions have targeted Russian civilians, driving them to see the West as an enemy. We should clarify and respect Putin’s boundaries, especially as the Russian nuclear system has been placed on high alert.

Instead, we have called Putin’s bluff.
Because nuclear war is unthinkable, brinkmanship with Russia is intolerable. Putin has repeatedly warned NATO about further escalation. We simply can’t afford to ignore him.