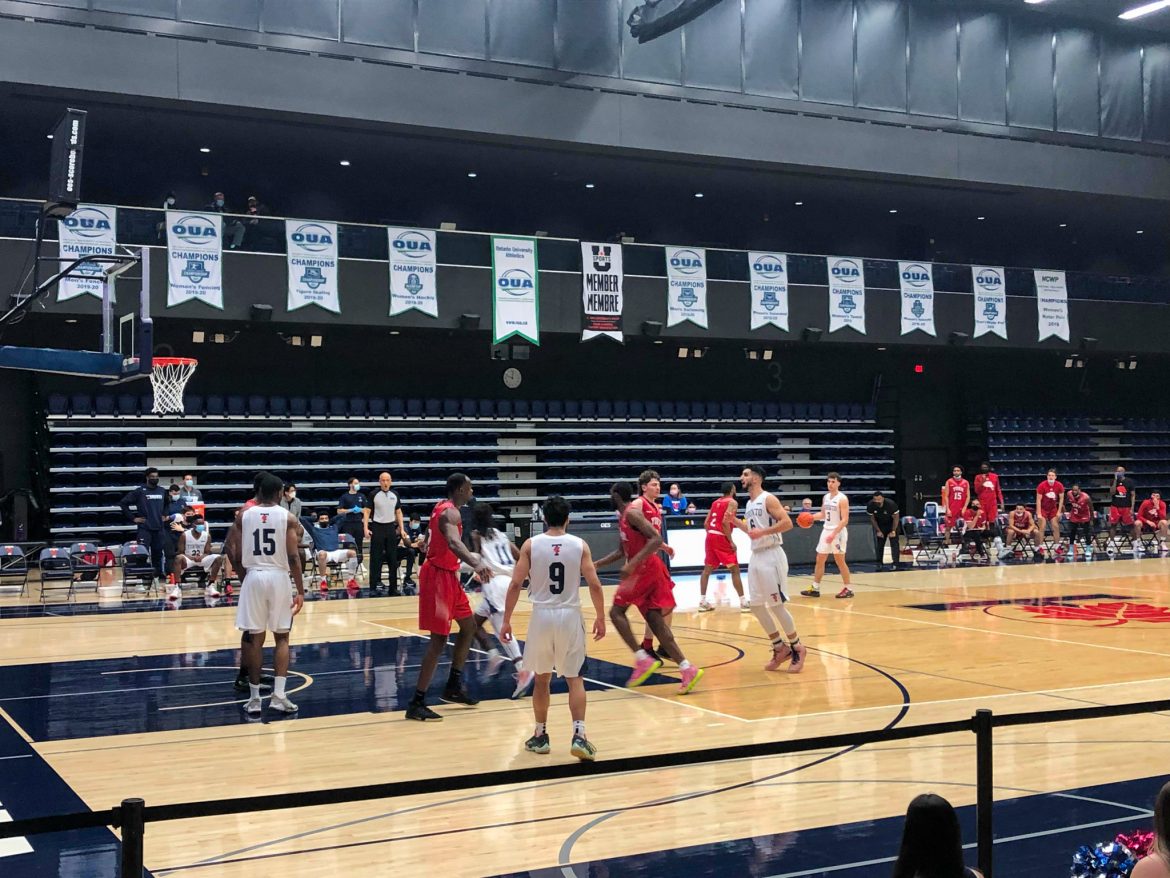 Tough loss for the Blues on home court

On Friday March 11, the Toronto Varsity Blues men’s basketball team went head to head against their rivals from the north: the York University Lions. While the game ended with an unfortunate loss for the Blues, the team played aggressively till the end.

The Blues took the lead in the first quarter, finishing strong with a score of 26-15. York fought back in the second quarter, nearly tying up the score to make for an interesting second half. While Toronto led the third quarter, the fourth was a bit rocky: York bounced back and scored an impressive 24 points, placing them in the lead.

With only 32 seconds left in the fourth quarter, Blues guard Inaki Alvarez tied the game with an insane 3 point shot. Unfortunately for Toronto, the team lost their final home game of the season, leaving the Lions to take home the win with a final score of 84-82.

Some notable plays were made by the team’s starting lineup, making the Varsity Blues a strong unit and a competitive opponent for York U. Blues veteran Eli Mouyal led the team with a career-high 19 points, making him one of Toronto’s star players. Other notable players include guard Evan Shadkami who scored a total of 16 points, and forward Anthony Daudu with 11 points.

Although the season has come to an end, you can visit Varsity Blues website for more information on upcoming games and plans for the next season. Go Blues!