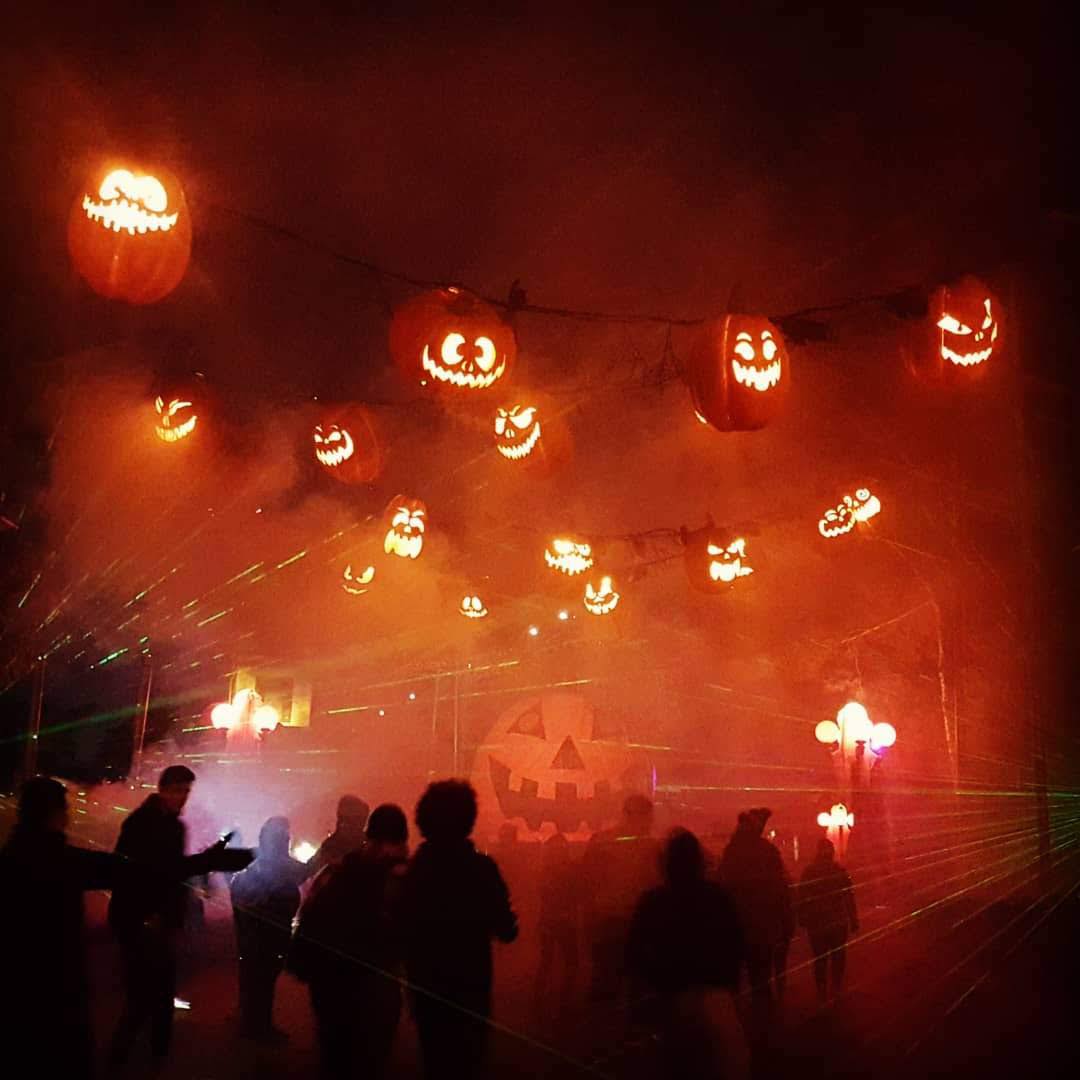 Content that will keep you occupied throughout Halloween and beyond!

I watched my first horror movie in the same way many of us do: at a seminal sleepover in the seventh grade. This film— though I spent more time with my eyes scrunched and hands slapped over ears than actually watching it— frightened me to the core, and I slept on my sister’s floor for the entire following week. Though I’ve now gained an appreciation and interest in the genre of horror, I know there are still Halloween-fiends looking for their dose of scary in a less fatal amount. This comprehensive list contains a spooky, Halloweeney, and haunting Netflix-special for everyone, to get you through the rest of October.

Coraline: A stop-motion animation whose beautiful mis-en-scene and sassy dialogue will make this your new Halloween classic—move over Halloweentown! Coraline, which came out in 2009, is about a bored little blue-haired girl who has recently moved into a new apartment building, “The Pink Palace”, which is full of eccentric circus-retiree neighbours, mice, and tiny mysterious doors. You will find yourself sympathizing with Coraline, maybe because of the depressing brown colour palette, or maybe because of her mother’s apathetic demeanor, and eventually whispering to Coraline from your seat (or unmade bed) to open the door and dive into whatever mystery lies behind.

Films for the Horror Fiend

Hereditary: I warn you, this movie is not for the easily frightened—or for those with a walnut allergy. But if you are looking for a deeply haunting scare, do it with this slow-burning tale of hereditarily inherited possessive genes (you heard me right—possessive, not recessive). This film begins after the death of beloved grandmother Ellen, and follows the events that unfold: anaphylactic shock, séances, and a possessed mother/ daughter duo. Directed by Ari Aster (Midsommer), and cast with amazingly talented Toni Collette and dreamboat Alex Wolff, this film put everyone’s favourite independent production company, A24, on the map (which has also gifted us with Netflix gems such as Lady Bird and The Florida Project, but I digress). Hereditary is especially likeable because unlike so many of its genre such as It Follows, American Psycho, The Silence of the Lambs, or literally any slasher movie, it doesn’t rely on the trope of a sexually active woman who is under attack to fuel its plot.

Shows for the Binge-Watcher

Over the past few years, Netflix has released a spooky series in time for Halloween. Scream Queens, a satirical series which pokes fun at slasher movies while simultaneously poking fun at the ridiculous exclusionist foundation of the Greek college system was a hit in 2015. The next year came Stranger Things, which is set in a 1984 Indiana town plagued by the effects of secret government cold-war experiments that released monsters onto the public, except in this reality the monsters are called “Demogorgon’s,” rather than atomic bombs. The Chilling Adventures of Sabrina was the 2018 Riverdale spinoff, based on the Sabrina the Witch comics. These are all shows we have come to know and love and are still worth watching if you haven’t already. An even older show I cannot go without shamefully mentioning is Pretty Little Liars, the ABC network’s very own over-saturated mystery drama about four Highschool girls and their masked enemy, “A”. It might be a bit ambitious to try to watch all seven seasons but revisiting the PLL Halloween episodes is always my guilty October pleasure. Netflix’s Halloween-release this year is The Haunting of Bly Manor, the sequel to The Haunting of Hill House which I have both yet to watch.

The show I would like to direct your attention to this year, although not Halloween-themed, and although released nearly a decade ago is none other than Sherlock starring Benedict Cumberbatch. Interesting choice, you might be thinking, why would our dear list-maker choose a show that would cause us Netflix-users to feel like such millennials? I suggest this show because having recently watched all five thrilling seasons in a ridiculously short amount of time, I believe it is a masterpiece of the mystery genre—and to me, nothing goes better with Halloween than an endlessly intriguing, understated mysterious masterpiece. The mastery of this piece comes from its endlessly interwoven plotlines—riddles and enigmas are solved one by one and, though they seem unrelated, are eventually revealed to make up one overarching mystery that ties everything up into a delicious bow, though not anything quite as delicious as the height difference between John Watson and Mr. Sherlock himself. This show so acutely answers the prayers of every English, and probably Humanities student here at U of T: to be able to read the world like a text, and to know that if you know how to look closely enough, everything becomes legible. Meaning exists and presents itself if only we look hard enough. It is the perfect solution to the postmodern quandary, and the perfect end to your perpetual Netflix search.