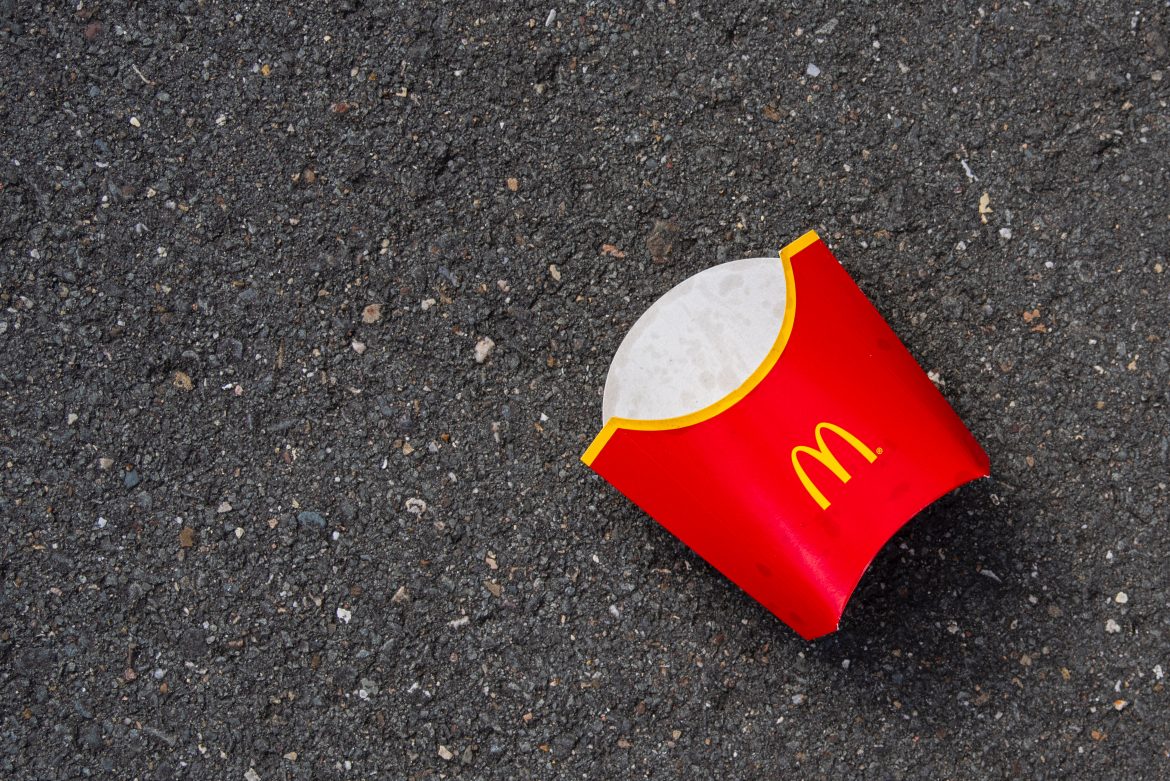 Finding wonder in the misconceptions of U of T life

There is a legend, rooted deep in the recesses of the ancient tomes (and also in a slight longing in every student’s heart) that there exists a McDonalds in the basement of Northrop Frye, the building on the Victoria College side of campus.

No, there is not. Dear reader, let me spare you the mild confusion – it is a myth, and only exists as such. It’s one of those jokes passed on through the years, where you tell someone “Have you been to the McDonald’s at Northrop Frye?” and revel in the mild uptick in serotonin for a moment then move on.

It may cause some sighs, eye-rolls, maybe half of a laugh here or there, but what’s wonderful about the Northrop Frye McDonalds is that it’s a myth perpetuated solely by students, for what reason and of which origin, no one quite knows.

As a third-year student, I can say that it brings me a certain joy to think of the little stories I’ve found at U of T. I’d like to offer some of them to you, from one student to another, to address some of the myths and misconceptions that may exist about university life.

For each of the myths and misconceptions about U of T, I offer you: The hat trick in the snow, the UC labyrinth, the pigeon-strike of 2021, and the bass-playing wizard.

The first myth: You are a number, not a person

There are currently 44, 763 undergraduate students at UTSG. 74, 385 students in total, counting UTM and UTSC.

In 2019, I built a tiny snowman on the ledge of the Ramsay Wright Laboratories building along St. George Street. A day later, someone had put a little hat on him. That made my entire year.

Someone, in the midst of the thousands of U of T students walking along St. George Street, noticed my little snowman with his twig-arms and thought to make a little hat out of a marker cap, and set it gently on his head. Other people might have seen the snowman and made the conscious choice not to disturb him, not to wipe him off – maybe they smiled. Maybe it made their year too.

It’s easy to be lost in the sea of people, as the snowman shows. At times, you can feel like a number in the rote process of things. That does not discount your personhood.

In the face of feeling tiny in the largeness of it all, let yourself exist. You’re not a number. You’re a person and you are seen – by your classmates, profs, TAs, registrars, and all the rest of us in the ocean.

Sometimes, all it takes is a purposeful act of defiance. An “I’m here” in the waves. Make your snowman. Put a little hat on someone else’s.

The second myth: There’s a triangle with sleep, good grades, and friends at each corner and you can only have two of those

“It’s all in a balance,” said the U of T alumni who told me about this ‘triangle.’

As far as balancing goes, the shape ought to be a lot more complicated than a triangle. There’s sleep, good grades, your health, your family, your extracurriculars, your social life, your future plans, your self-reflection, and the list goes on.

Let’s talk about the University College building (UC). It is a maze. I like to think that the rooms move around at a whim, and there are no maps so that they can all get away with it.

In my first year, I learned how valuable it was to reach out and set aside time to spend with people. Lunch with a friend, even at the cost of a 10-minute walk, even for only half an hour, can go a long way. This year, some friends and I have taken to finding empty rooms in UC to study in. We’ve gotten lost a few times (I maintain that the rooms move around, so it’s their fault, not ours) but finding rooms and noticing what’s special about them feels like an entire adventure in an afternoon.

Friendship and study time. That’s two points on the triangle already. In addition, getting some work done on campus lets me set a better sleep schedule. I’m still working on it, but it’s a process.

The myth isn’t all fact. You don’t get only two items of the triangle. It’s not even a triangle, and it’s not a size-one-fits-all choice. It’s the UC building in all its labyrinthine glory. The best way to get through is to be kind to yourself as you work out how to navigate your priorities and balance them accordingly.

The third myth: We are an anti-social campus

This myth is more salient nowadays, as everyone is returning from their year-long adjustment to online classes. We’re still practicing social-distancing, and even as we get back to our in-person classes, things still feel distant.

To bring numbers back into the mix, there are more than 1000 clubs at U of T.

In 2021, I started a club with one of my closest friends (Missives: Adventures in Letter-Writing). We made an online discord server for this club, to provide a social platform for members. Many clubs, classes, and university resources have done a similar sort of thing.

On April 1st, my friend and I enacted the great pigeon strike, where our usernames and pictures were turned into pigeon-related things, and every channel on the server was a pun on pigeons and a worker’s uprising. The running joke being that our club is affiliated with a pigeon-mail work force. We are a letter-writing club, after all.

What I’m getting at here is – you can find your social space on campus. Not just through clubs, I must note. It could be in a class, with roommates, people you meet regularly, people you know online, or even outside of the university-sphere. In addition, you can create a space of your own (large enough for a pigeon strike, even).

The fourth myth: You are alone

I’m a commuter student, and my commute is 1.5-2 hours long going one way. It’s a lot of time that seems stagnant. To maximize it, I like to leave campus later, spending 1-3 hours studying somewhere quiet before the commute home. One dreary winter evening, at around 5pm, I made my way up to the greenhouses in the Environmental Sciences building, because it had been a rough day and I needed to see some plants and turtles.

I spotted this guy playing the electric bass for a bunch of potted plants in the corner room. To this day, I maintain that he is a wizard, serenading the U of T flora in the bleakest months of winter. I decided not to disturb him since he looked quite content and was smiling at the plants as he played.

He was completely alone with those plants. Maybe he was a student doing a study on music and plant growth. Maybe he just wanted to practice somewhere undisturbed. Maybe he was a wizard, and I was correct in my original assumptions.

In all cases, there’s a clear difference between being alone and being lonely. Loneliness is a familiar thing to us – we’ve all been through the social-distancing and isolation of the last year. We’ve all felt lonely at times, even before the pandemic. As a university student, it seems inevitable to feel lonely at some point. It feels magnified in the space of alone-ness, too.

The truth is that you are not alone. You may feel lonely. The loneliness may feel all-encompassing. I can relate to that from experience – but from experience, I can also say that we are all growing and learning, and we can find ways to reach out. It doesn’t have to be in the sense that you call someone or set up a meeting with your registrar to talk (though both are very good ideas that I highly recommend). It can also be through a message to check in, a note to a friend, a scheduled lunch, a smile to a stranger, or a purposeful act to take care of yourself.

Of course, there’s also the option of getting some fries from the McDonalds in the basement of Northrop Frye.