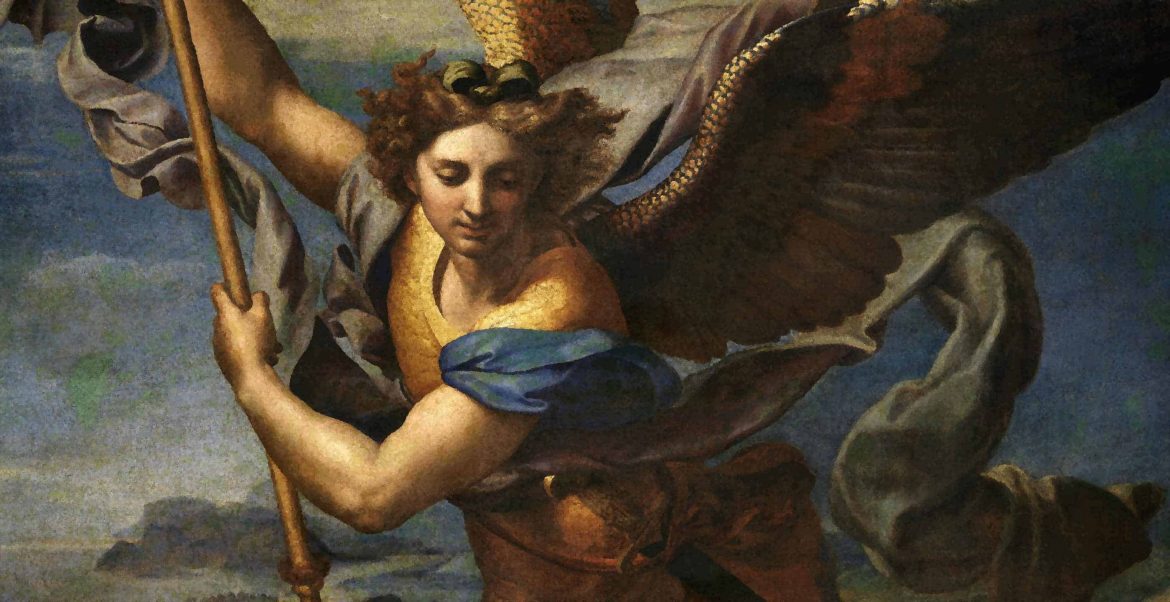 On Wednesday, September 29th, you may have noticed many students lining up outside Brennan Hall for food trucks. This isn’t just a random event, but Michaelmas – a traditional Catholic feast day dating back centuries that is still celebrated at the University of St. Michael’s College (USMC) every year. At USMC, it is celebrated with a traditional mass at the St. Basil’s Catholic Parish, a trivia game, and the popular food trucks outside Brennan Hall welcoming the entire community.

Michaelmas is the traditional celebration for St. Michael, the patron saint of USMC. Originally only meant for St. Michael, it now includes the angels St. Raphael and St. Gabriel as well. This celebration has a long tradition within universities – in fact, many universities, particularly in England, still call the Fall term the Michaelmas term. It has always been a religious celebration, and in that sense, it has not changed much over the centuries.

“[Michaelmas] is [not only] a part of a tradition but also a current reality” says Father Adam Hincks, a professor in astronomy and ordained Jesuit priest. “We’re part of that tradition but it’s not [only] a historical curiosity, and tradition is something that we’re continually carrying forward today and towards the future.”

As USMC becomes increasingly diverse, with more students belonging to different faiths, or no faiths, the role of religion and the place of a Catholic college within academics is questioned. Sonal Castelino, the director of USMC’s Campus Ministry sees it as a point of connection rather than division. “Most people are in this intellectual search for ideas and understanding,” says Castelino, “spirituality…helps connect people beyond just an intellectual level.”

At the university, the role of religion depends heavily on the context. For example, it is very explicit in the faculty of theology, but in other disciplines it may be less so. However, Castelino and Hincks both agree that religion is a means of awakening curiosity and a way of sharing cultures. “As a person of faith, it animates my interest in astronomy,” says Hincks. “I want to learn about God’s creation. But there are many others who are not [religious] who also do astronomy.”

What is Campus Ministry?

Although Campus Ministry is often perceived to be for Catholic students, Castelino says that it has evolved to become much more than that. “Historically religion was a …individual [pursuit],” explains Castelino, but “there is also this cultural connection.” Campus Ministry seeks to combine the two by being a space where spirituality and culture can intersect. Students can discover a religion or spirituality they are interested in, as well as create spaces for organized cultural and religious groups.

Michaelmas is not only a long-standing historical tradition, but one that is part of, and shapes, the USMC we know today. Although not all students are Catholic or religious, celebrations such as these are part of our identity and are a great way to share culture and foster connections between students and the community at large.

As for students, Hincks has a word of advice: “Make the most of your time here at the university. It’s a really privileged time that you have to explore great ideas, to learn from great minds, both in the present and in the past, to develop yourself, as a human being, particularly as a thinking human being. So really take advantage of your time here and learn from your professors and from your fellow students.”