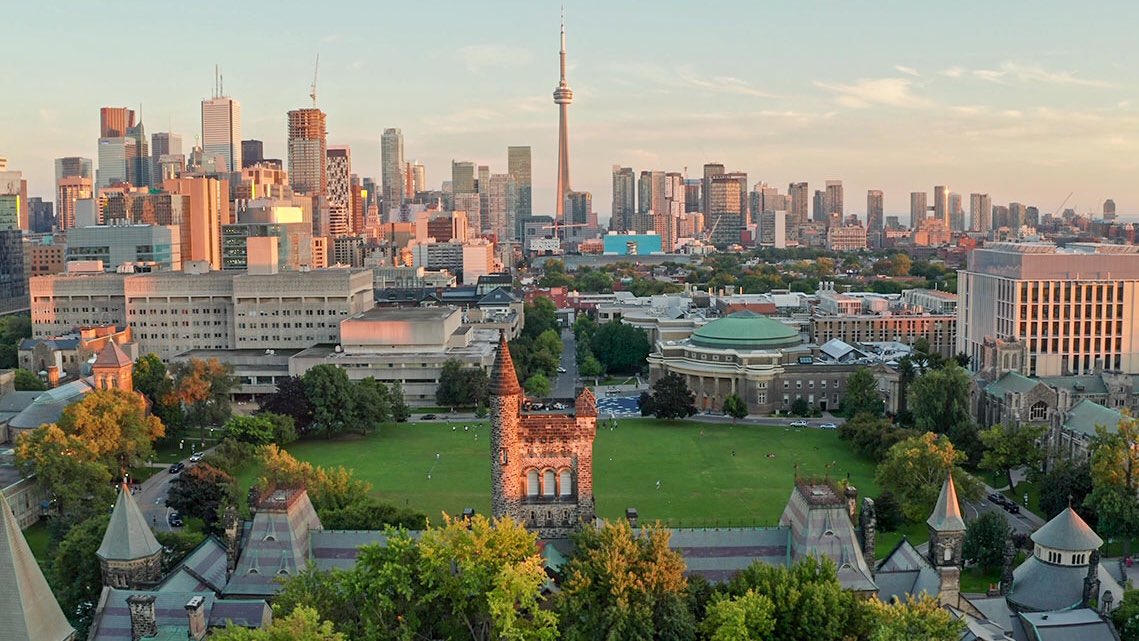 People always say that time flies. It was something that I believed in, but never really believed. Every new semester, I would tell myself that I wouldn’t procrastinate any of my work anymore.

Yet here I am, writing what will be my final piece for The Mike in the final issue of this school year. And what a year it’s been. I can’t say I ever imagined that my convocation would be online in first-year, as even a year ago when the pandemic started to spread across Canada, I still believed that it’d be over in six months tops. It’s a bittersweet feeling, which is not even fully sinking in. As I’m surrounded by peers who plan on taking an extra year, consider going on to some form of graduate or professional studies, or have job offers lined up, I’ve had moments where I wondered if I would simply graduate into unemployment, and even when I did eventually find a job, I thought that leaving U of T would be the beginning of the end of my life. Dramatic, I know.

However, there’s something about youth, or rather being an undergraduate student, that just feels different. The feeling of having all the time in the world and yet no time at all to get everything done. Not knowing that you’re growing up yet perhaps not feeling like you’ve changed until you realize it’s been 4 years since your high school graduation or you accidentally open that absolutely horrid paper you wrote in first-year. Laughing with friends about all the predictions you had, with many of them turning out to be off by a long shot. Meeting new people and realizing that you’re suddenly the oldest person in the room when it feels like you would be at most in the middle of the pack forever.

The funny thing about youth, though, is that each time you think about it, there will be a time when you were more youthful. The thought that, as a first-year student, I believed high schoolers were so young. Yet now, being in fourth-year, meeting someone from second-year is a somewhat horrifying experience (born in 2001? A year after 2000? Unbelievable). To think that in a few years I’ll meet someone in their undergrad and be shocked at how young they are is amusing. That version of me, in a few years, will look back at 21-year-old me and think about how young I was, while simultaneously not realizing that I would be still young.

I often wonder how much time I’ve lost thinking about the time I’ve lost. The things I should’ve done or gotten started on earlier. The things I’d say to first-year me. A weird range of things from “don’t take ECO101/102, just do ECO105,” and “you’re not bad at math, you’re just being lazy, and you know it,” to something like “make an effort to keep in touch with friends.”

Above all else, I think the reminder I needed (and still need) the most often, is simply that it isn’t too late. For anything.

University, for me, was a four-year-long journey. For some, it’ll be five years or more. However, in the grand scheme of things – it’s really not that much time at all. Maybe it’s because of how short university studying is, but it’s often easy to feel like you’ve been left behind and that if you don’t start something early on in the first or second year, then that will be it.

Truthfully, you can accomplish so much in the span of a year that it really isn’t too late to do anything that you want to do. Based on the assignments I’ve had this year alone, I’ve written enough pages in essays to have a novella. I can’t even imagine how thick the book would be if I were to publish all my university essays.

As I prepare to leave university, there are some things I regret: not starting that essay earlier, or that other essay…or the other one. Perhaps going to too few office hours for a class that I really needed more help with. Picking that class that started just a little too early in the morning. Eating out a few too many times despite having a perfectly good meal plan (no, res food isn’t that bad).

There are plenty of more things I’m glad I got to experience.

The final loud hour of the semester at Loretto. Writing satirical pieces for The Mike and then becoming Logos Editor. The odd feeling of relief when you finally get to leave the exam center. Sitting next to a new person in a giant lecture hall, and somehow forming a lasting friendship. Finally filling up that stamp card at The Buttery and getting a free slice of pizza. Finally clicking your confirmation to graduate (this was something I managed to do before the deadline). Growing into adulthood in a new city and really coming into my own.

Despite all the complaining and memes about the university, I’ve really grown up here in a weird way. Coming to Toronto from Vancouver as a first-year student, I’ve spent almost my entire adult life in the 6ix. When I talk to my friends who stayed in Vancouver, we have completely different sets of slang. It’s the little details that make you realize how things have changed.

If you were to run into me in May, I probably couldn’t tell you anything I concretely learned in university (if you quiz me or ask a pointed question, I’ll hopefully have an answer). Yet, I also feel confident that I’ve learned more than I could ever put into words: a set of implicit knowledge from all that late-night cramming, group project panic, and presentation anxiety. Also, from talking to the squirrels on campus. (If you’ve never called a squirrel to you, you’re missing out.)

For the first time in 21 years, I have no idea what comes next. It’s terrifying.

It’s a strange reminder that after you move on from university, you’re going to be stepping into an entirely new experience. I’ve been in school since I was a tiny five-year-old who couldn’t even really smile properly (thanks braces for fixing that issue for me). School is all I’ve ever known, and maybe it’s the act of leaving school that makes it feels like you’re leaving a life behind – a life you associate with being young.

But at the same time, I’ve never had the freedom that I’ll have in just a few weeks. Freedom to try those things that I never got around to in the last four years or even the last sixteen. I’m fortunate enough that I can afford to take a few months off after graduation to unwind and reflect (and probably sleep for 12 hours a day).

Through this past year in university, I felt really old, as if my bones were falling apart. I was barely holding it all together. Yet now, despite actually being (slightly) older, I feel young.

It might be the senioritis wearing off, or because I stretched in the morning.

It might be because it isn’t too late, and my journey is only beginning.