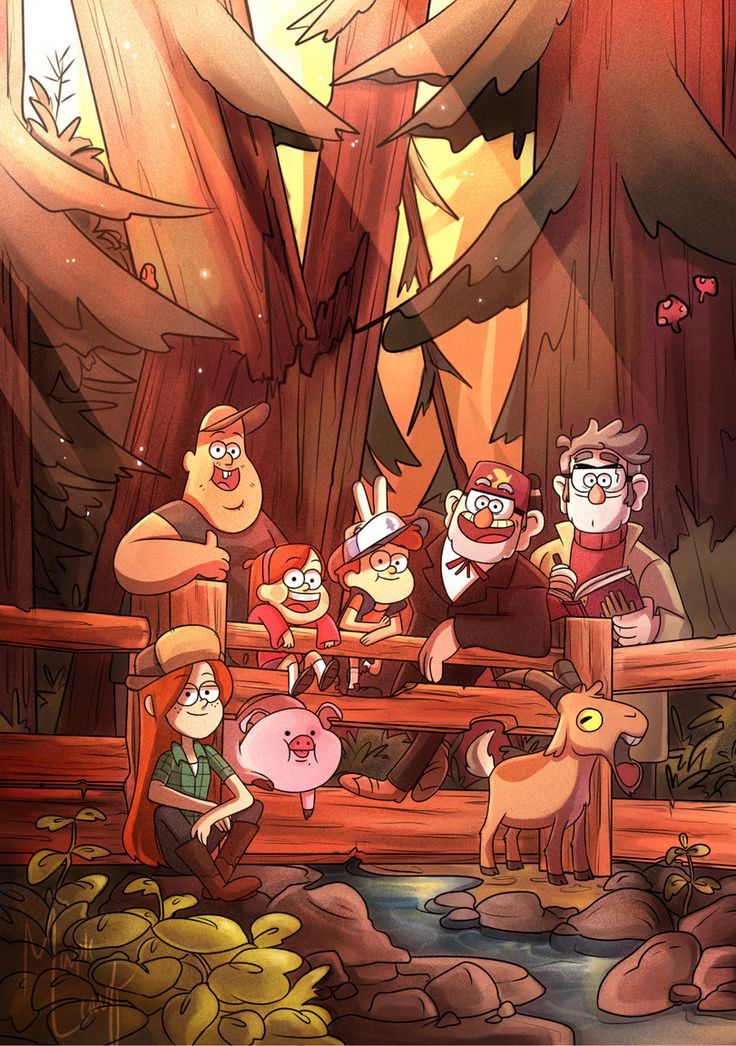 I’m about to throw a hot take out there, and I’ve decided you all will agree with me. Disney Channel’s Gravity Falls is the greatest animated TV show of the 21st century. It has everything: from mystery to funny jokes, to loveable characters and a story that makes you not only keep wanting more, but that also needs you to figure it out as the show goes along. I’ve been watching Gravity Falls since I was 11 years old, and it has consistently stayed my favourite show ten years later.

Ask any of my friends at SMC: I’m always ready to tell anyone who will listen how great it is. This also means that it came as a surprise to my friends to learn I had never dressed up as the show’s female lead, Mabel Pines, for Halloween. Honestly, dressing up as Mabel is extremely easy: a pink sweater with a rainbow on it, a purple skirt, and a pink headband are all I need. She already has brown hair like I do, and she wears black shoes with white socks. The only thing I would be missing is a small pig named Waddles to walk around with me (if anyone has a stuffed pig, send him my way!). Knowing how easy it would be to be Mabel, especially as a child, it was strange to my friends that I had never done it before.

After receiving the iconic pink sweater Mabel wears in the show for my birthday this year (thanks, Daniela!), it seemed like a no-brainer for me to dress up as her. I purchased the purple skirt and pink headband on Amazon and called it a day. However, reflecting on why I never dressed up as one of my favourite characters reminded me of how much I used to hide my interests from my peers. I had always been told that everything I liked was too weird, too childish, too much of something to everyone around me. Sure, Gravity Falls is a TV show for kids, but it’s the way that it’s brought me comfort for so many years that makes it my favourite. It’s not that I never wanted to dress up as her, but it’s the fact that I knew I would be received weirdly by my peers that made me dress up as something more generic every year.

I’ll spare you the story of little Sophia being picked on in school about everything, from my looks to my interests. Some things I obviously couldn’t change about myself made me a target, but I always knew I could keep the things I loved to myself in order to have one less target on me. Because of this, I stopped talking about the things I liked unless I specifically knew it was what most kids at school liked. Everything else I kept to myself, and this made me believe that I was getting picked on less than I would have been. But let’s be real — those kids were always going to be mean. My thoughts had just made sense to my kid brain.

Even in high school, I continued to reveal only certain interests to certain people. I was able to talk about my interests a bit more, but I found that some people I was around still thought what made my brain happy was odd. Receiving this sweater as a birthday gift had so much more of an impact on me than I thought it would. It was almost as if I was being told that the things I like are okay. I don’t need to change who I am around my friends anymore because they listen, care, and want me to have things from the shows that make me happy. Maybe that sounds a bit deep for a sweater, but for the first time ever I feel like I’m not hiding even the smallest things from my friends. Also, Daniela, if you’re reading this, just know I definitely had a little cry after receiving the sweater.

Sob story aside, this Halloween feels different. This year, it feels like a redemption story for little me to be able to dress up as who I’ve always wanted to dress up as. But it also feels different based on the people that are around me now, and I’m even more excited to wear my costume for them to see.

This Halloween I’m being Mabel Pines for little Sophia, and reminding myself that I don’t need to hide parts of me anymore. And neither do you. Let this serve as a reminder that anything that makes you happy is more than okay. Be Mabel for Halloween, or whatever you want to be. I’ll make sure to compliment every costume this year — not just for how cool they are, but for all our inner kiddos.