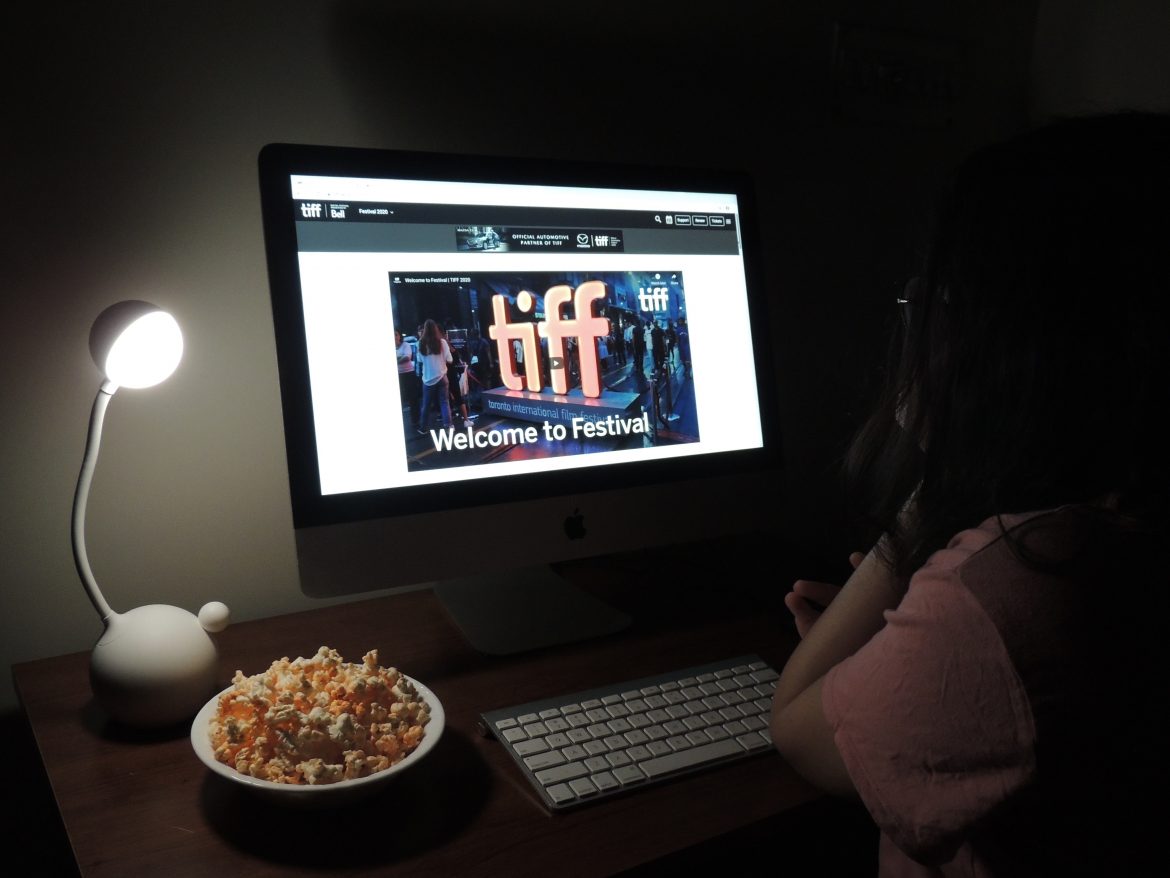 This year the Toronto International Film Festival (TIFF) faced a difficult task in presenting their event amidst the current pandemic. The festival that ran from September 10-19 turned out to be a great success, offering a significantly less amount of films while premiering them in theatres with a socially distanced audience, in drive-ins, and online. Here are a few of our favourite films!

Ever since I was a child, the magical world of animation was like my secret getaway in which I would find an escape from reality. In my perspective, this is what the “Wolf Walkers” animation is trying to express, that is, how it would feel like to be a wolf and have the wild soul of a child. From the creators of “song of the sea,” Cartoon Saloon’s animation and Academy Awards nominated directors Tomm Moore and Ross Stewart comes a beautiful story. “Wolf Walkers” is set in 17th century Ireland, and brings the feeling of folklore nostalgia alive. The images are made of aesthetic line work and 2D animation which makes every frame a feast for the eye. You see the story through the main characters’ eyes and follow her destined journey to become a wolf hunter while also battling her dad’s hatred for wolves which was instilled in her. As we follow along, she befriends a character called a Wolf Walker, someone with very different views from hers, which makes her question herself. This all leads to a captivating and mesmerizing storyline. The main character is then faced with a difficult crossroad – she has to choose between the very thing her father is tasked to destroy or side with her friend, her heart, and her calling. All in all, I loved how the story portrayed a constant struggle between dark and light. The strong soundtrack also adds more to the livelihood of the magic in such a heartfelt tale. You can feel how the loud colour scheme and the timeless cinematic writing of the script is designed to move you and leave a lasting effect. In the end, the words “Be a wolf” are quoted, which kind of makes the dreamer in me wonder what that would mean for the audience and how each person would interpret it. I think this sense of wonder is what makes this animation unforgettable.

Shadow in the Cloud

The winner of “The People’s Choice Midnight Madness Award” stars Chloë Grace Moretz as Maude Garrett, a World War Two flight officer on a top-secret mission to deliver a classified package. While her crew is not so receptive in having a woman aboard, she gets stationed in a gun turret on the underside of the plane, isolated from the rest of the crew, where chaos eventually ensues. ‘Shadow in the Cloud’ makes for an exciting, sometimes silly, creature feature that embraces its pulpy charms and ultimately is a good time. It is a cornucopia of a film, it’s a war movie, and horror movie, while also embracing a strong female lead, it has something for everyone. The film succeeds in the casting of Moretz as she is a compelling and fierce female lead as the character battles and embraces her role as a woman in the army. With Vertical Entertainment and Redbox Entertainment acquiring the rights of the film, we should be expecting ‘Shadow in the Cloud’ to be making a commercial North American premiere next year (Yahoo)!

From Canadian directors Dusty Mancinelli and Madeleine Sims-Fewer comes a deeply disturbing and relentlessly accurate portrayal of sexual violence. Sims-Fewer plays the lead role as Miriam, who while on the verge of breaking up with her boyfriend, decides to visit her sister and her husband at their lakeside cottage. The trust between these four individuals eventually breaks making Miriam feel secluded leading her to take drastic measures in her revenge. The directors themselves at a TIFF Q&A admitted that the goal of violation was to delve into their inner demons and assess how they would each seek revenge on those that have wronged them. Both directors also went on to say that the film was a passion project for a long time as they were both victims of sexual violence. The movie is a cautionary tale of the mental trauma that stems from sexual violence delivered from a female point of view that is not typically shown in film with such brutal honesty.