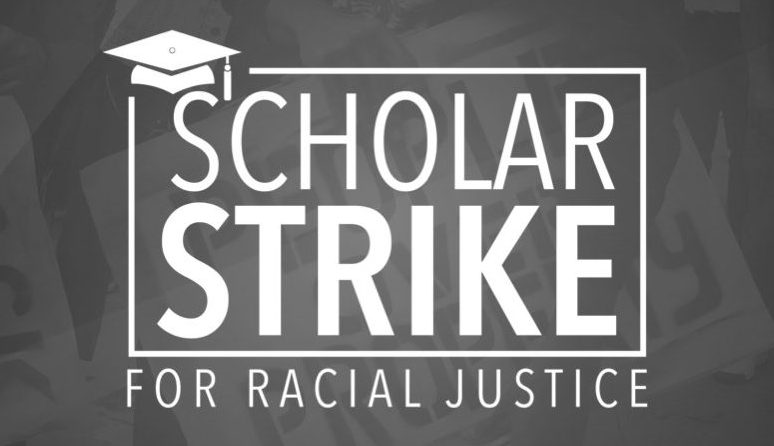 On September 9th and 10th, professors and students across Canada put their work and studies on hold for a Scholar Strike in support of Black Lives in Canada. Rather than have classes, thousands of scholars chose to attend teach-ins and support a list of anti-racism demands for universities, inspired by the Black Lives Matter (BLM) movement.

The BLM movement was founded in the United States in 2013 in response to the acquittal of the murderer of Trayvon Martin, an Afro-American high-school student. Since then, the movement has continued to grow and spread across the UK, US, and Canada. Recently, BLM has gained international attention after the killing of George Floyd in May 2020 by Minnesota police officer Derek Chauvin. Starting as a hashtag on social media platforms, the BLM movement has since grown into a political movement seeking to stop white supremacy and the violence and discrimination that Black communities face.

Following the shooting of Jacob Blake in Wisconsin on August 23rd, the National Basketball Association (NBA) and the Women’s National Basketball Association (WNBA) organized a strike, which motivated American universities to conduct a Scholar’s Strike in solidarity. Their actions inspired University of Toronto, Mississauga (UTM) lecturer and activist Beverly Bain and Ontario College of Art and Design (OCAD) professor Min Sook Lee to organize the Scholar’s Strike for Black Lives in Canada.

In an interview with The Mike, Bain discussed the prevalent racial issues in Canadian academia, and emphasized the need for concrete, structural changes beyond statements of solidarity.

The strike consisted of a two-day teach-in, where participating faculty would not teach during lectures in order to speak up about the anti-black discrimination within Canada and elsewhere. Supported by various activist groups and unions, they were able to organize the strike within a week and led it on Sept 9th and 10th with approximately 64,000 live viewers. Rather than teach classes, they held live teach-ins on YouTube, together with a panel of speakers fighting against discrimination by educating viewers on current injustices. The guest speakers voiced outrage over the discrimination against Black, Indigenous, and marginalized communities within Canada. Recordings of those teach-ins are still available on the platform and further events continue to be held but are now organized and led by external parties.

The Scholar’s Strike had a list of demands for universities and communities in Canada. This “[is] for us to start rethinking, and reimagining, being bold,” Bain expresses, “about being determined that our universities not continue… to be the vesture… of destroying our lives as well.”

The Scholar’s Strike was also against U of T’s decision to change to low labor costs despite it being a publicly funded university. U of T has made the decision to privatize their cleaning services which is being contested by the union who is supporting their workers, CUPE 3261. Another of the demands listed in the Scholar’s Strike was for U of T’s mental health care resources to be properly managed for the sake of its students’ welfare.

As for U of T students, Bain’s advice is simple. “Get involved…become engaged. …[contribute] to creating a better, a more livable, a more just future for all of us.”

Is U of T truly boundless?

Beyond U of T’s formal declaration of support of the BLM movement, Bain wants concrete, structural change. “We’re tired of the university’s lip service…”, she says, “…there’s so much work [that needs] to be done in the university.” These changes for Bain include abolishing the campus police, creating a more welcoming environment, and hiring more individuals from marginalized communities as full-time and tenured professors rather than part-time and contract. U of T is home to a diverse student body, but that is not necessarily reflected in the faculty and administration.