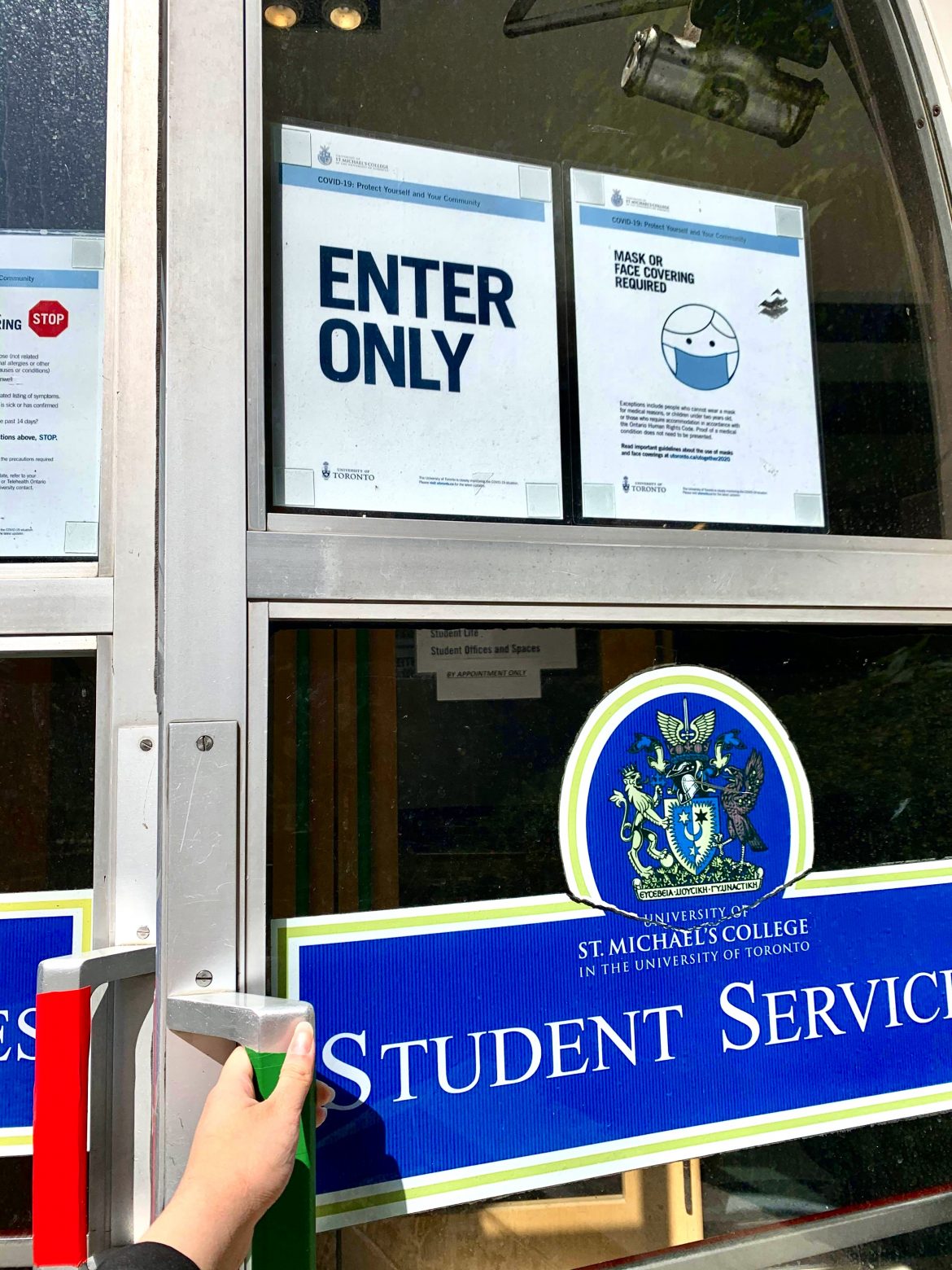 UTFA and others speak out against the re-opening plans, deeming them unsafe

As the COVID-19 pandemic continues, universities across Canada have had to create new guidelines in order to ensure the safety of their incoming students and staff for the fall semester. In August, The University of Toronto (U of T), with its combined 61,000 students across three campuses, released both its plan for the upcoming semester and an FAQ dedicated to helping students understand how they will continue their studies.

The University plans to hold about 90 percent of undergraduate courses online. In-person courses are limited to only 20 students but the school states they will all follow strict safety and public health guidelines.  Some of these new safety parameters for in-person lectures include keeping students far apart from one another and having both students and professors wear masks for the duration of the lecture.

The University has also said that they have expanded its efforts to keep the campuses clean; they say they will have more hand sanitizer and wipes available, install Plexiglas barriers, and improve ventilation. U of T has projected that an estimated five percent of its undergraduate or graduate students will be on campus for courses.

Each faculty has also put forward guidelines specific to their courses; the administration has encouraged students to visit their faculty’s web page in order to know exactly what these guidelines are.  The university also announced that tuition and standard fees for the fall semester will not be altered to take into account these changes. Ancillary fees—costs to cover things like field trips, special equipment for coursework, or administrative costs—may be reduced or eliminated.

“All academic programs will continue through alternative delivery modes and some will include in-person components where possible in accordance with public health, government, and university guidelines. Students will receive academic credits for their courses,” reads a statement on the U of T’s COVID FAQ, explaining the reasoning for leaving fall semester fees unchanged.

Student services and facilities have also been greatly modified. As of September 10th, some Robarts Library and Gerstein Science Information Centre facilities and services have been partially re-opened. Robarts Library opened up floors one through five for physically distanced study spaces on a first-come, first-served basis; group study spaces, however, have not been made available. The five floors will be able to hold 256 students and feature 25 computer workstations. Gerstein, on the other hand, has made its main floor available for students and offers 99 seats and 24 computer workstations. Students in any library on the U of T campus must wear a mask, even when studying.

On September 8th, the Athletic Centre, Goldring Centre, Varsity Centre, and Back Campus all re-opened for limited services and with protocols set in place in accordance with public health guidelines. In order for a student to exercise at any facility they will have to first book an appointment and will have to be screened upon entry. The process involves the compilation of a pre-visit screening form on the day of the student’s visit to the facilities.

In addition to the limiting of on-campus activities, U of T has also cancelled fall term programming for Varsity sport provincial and national competitions, sport and rec clubs, most intramural sport programs, all Junior Blues programs (with the exception of gymnastics), and the tri-campus league. In order to have students continue being active away from campus, the university has also created daily live and on-demand workouts available on the U of T faculty of kinesiology and physical education webpage.

The new COVID-19 plan has faced strong criticisms by many within the U of T community. On August 24th, the University of Toronto Faculty Association (UTFA) held a virtual union meeting, with many other major campus unions in attendance. The 350 participants heard from Dr. David Fisman, an epidemiologist at the University of Toronto’s Dalla Lana School of Public Health, who gave U of T’s plan a D grade. An article by The Varsity reported that, Amy Conwell, Chair of CUPE3902, accused the university of basing their reopening plans off of outdated science which does not reflect emerging evidence of airborne transmission, further stating that U of T is neglecting the role of asymptomatic transmission. The UTFA claims the administration refused to meet with them and listen to their experts; they cite this as one of the reasons for their concern.

“It is extraordinary that the World Health Organization, Provincial and Federal governments and departments of public health rely on advice from our Dalla Lana School of Public Health scientists yet the University of Toronto’s administration is systemically ignoring these same experts,” said Terezia Zoric, the President of UTFA in the virtual union meeting.

The Union’s biggest concern regards the state of U of T’s ventilation system. Professors at the Dalla Lana school of Public Health have said that they received a letter from U of T’s administration claiming that their ventilation systems have met or exceed public health guidelines. However, the administration has not responded to the UTFA’s request to see the data. “Being indoors is riskier than being outdoors, particularly in rooms that don’t have good ventilation,” stated Ashleigh Tuite, an assistant professor of epidemiology at the Dalla Lana School of Public Health.

Heather Boon, U of T’s vice provost for faculty and academic life, spoke in the university’s defence. In a statement to CBC News, Boon said that the U of T is following public health guidelines, “informed by a wide variety of experts from many universities and institutions, including U of T.”