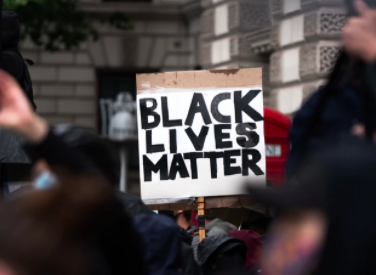 Torontonians like to claim that we live in the most inclusive and diverse city in the world. As of 2016, at least 75 percent of the population are immigrants or second-generation immigrants, it is a difficult claim to refute. Over the course of this year, that reputation has been sorely tested by the city’s response to police brutality, shootings, and political rallies. Toronto is certainly a diverse city, but is it truly as inclusive as it likes to claim?

The University of St. Michael’s College (USMC), located in the heart of downtown Toronto, boasts one of the most diverse communities at the University of Toronto (U of T). However, this diversity is not necessarily reflected in its faculty, administration, and policies. In an interview with USMC President David Sylvester, reflects on the college’s history and what the future could bring.

Founded by the Basilian Fathers in 1852 as a Catholic institution, USMC has “a historical and foundational commitment to uphold the dignity of every person in everything [USMC] does as a university.” This includes actions such as adopting anti-racism policies and creating a welcoming environment where students and staff can feel free to bring forth any issues.

Unfortunately, recent events have shown that these values and ideas are not necessarily reflected through the college’s actions. Like many other academic institutions, USMC has released statements proclaiming its “commitment to fighting against…injustice” but has not as of yet done anything of significance. USMC gave faculty and staff flexibility to participate in the recent Scholar’s Strike for Black Lives in Canada, but did not cancel classes or inform students through official emails.

In return, USMC students have taken matters into their own hands. Several black students held video panels in the spring and many students chose to participate in the nation-wide Scholar Strike. The University of St. Michael’s College Student Union (SMCSU) also chose to set aside money in the spring to support supporters of BLM who had been arrested. In addition, USMC Student Life launched a campaign to highlight the diversity of USMC student leadership through #SOULSofSMC on Instagram, Twitter, and Facebook.

However, the diverse student community of USMC is not seemingly reflected in its faculty and administration. According to the 2019 Universities Canada survey, although racialized people make up 22 percent of the Canadian population, they only make up 8 percent of senior leadership positions at Canadian universities. “We have a long journey ahead of us at St. Michael’s,” Sylvester admits, “and it… needs to begin by taking a listening knee in solidarity with Black members of our community…”

Looking to the future

Racism is an old and systemic issue in Canadian universities. It can be overt (vandalism and hostile comments), or more covert (lack of racialized staff and faculty). While the long struggle against racism may seem bleak and ineffective, there is hope on the horizon. USMC’s current planning document includes an explicit commitment to advancing equity, diversity, and inclusion on the campus. It is also working to ensure that hiring committees are appropriately prepared and understand the issues with existing practices.

Other actions include a new course in the winter semester examining the relationship between BLM and the media and participating in a new national dialogue on anti-black racism. Although these are small steps, they may lead to real change. Sylvester hopes that one day USMC will meet “the challenge that we have always said to set for ourselves…to recognize, honour and fight for the dignity of every human being.”