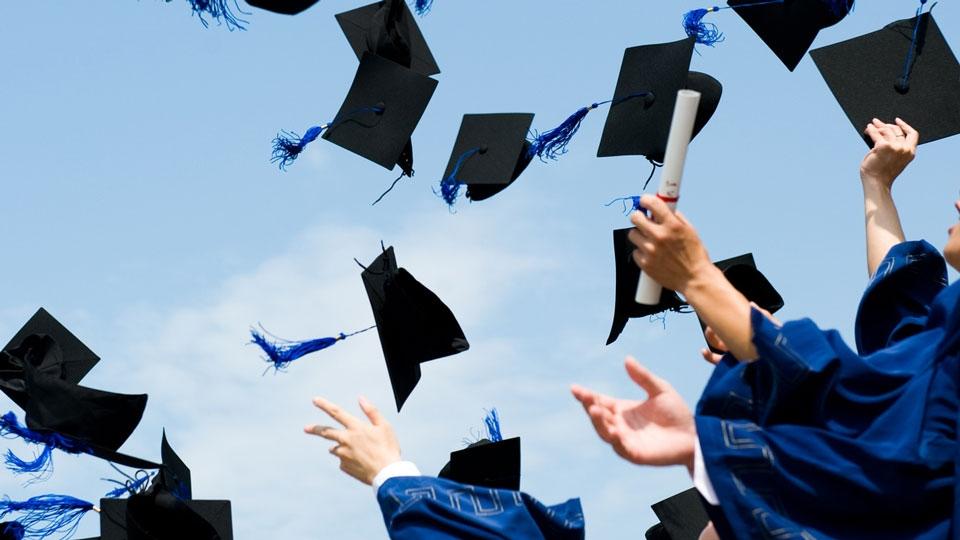 So, you’ve made it to UofT, and you’re a part of St. Michael’s College. Now what?

Being part of a college at the University of Toronto (UofT) fosters a sense of community within the large campus. The college system offers students a place to make friends, take part in extracurriculars, and discover their passions. Above all, it gives students a place to call home.

Whether you’ve chosen St. Mike’s as your number one college, or St. Mike’s has chosen you, you’ve been welcomed into this college for a reason and you are about to embark on an incredible journey.

When I look back at my first year, I can recall being welcomed into the St. Michael’s College (USMC) community immediately during orientation. However, it wasn’t until my second year when I began getting involved and took advantage of all the incredible opportunities at USMC. I became involved through events such as Orientation and Mentorship, and of course, I’ve had the pleasure of being a member of The Mike Masthead for what will now be the second year in a row.

Like myself, many other students at St. Mike’s have memorable moments to look back on when they recall their time at UofT. I had the pleasure of interviewing some St. Mike’s graduates from the class of 2021. Adam Da Costa Gomes, Taylor Medeiros, and Nicholas (Nick) Pagano were kind enough to take a trip down memory lane and recall some of their best moments at USMC. Let’s take a look at how their involvement at St. Mike’s has positively impacted their undergraduate experience:

1. What did you study at UofT, and what was your favourite thing about your program(s)? Feel free to also talk about what you’re up to post-undergrad, if you’re comfortable.

Adam: I did a double major in neuroscience in pharmacology, and a minor in Portuguese. I’m starting pharmacy school this semester, so I’ll be around campus for the next 4 years while completing my PharmD!

Taylor: I majored in Book and Media Studies and Minored in Math and Christianity and Culture! My favourite things about my programs (particularly the ones sponsored by St. Mikes– Book and Media Studies, and Christianity and Culture) were the small classes and approachable professors. I felt like I was able to participate freely in class without judgement and reach out to the professors after class if I needed to. I now work as a Communications and Alumni Relations Associate at a private high school in Toronto!

Nick: Originally, I wanted to do Math and Human Biology. I continued Math, but I applied for the Neuroscience Major instead of Human Bio, and ended up getting accepted. It was a lot of fun, and it’s one of the best decisions I’ve made in my academic career. I got to hold a brain in my Neuroanatomy class, and I got to hold someone’s entire life in my own hands, which is one of the coolest things I’ve ever done. Currently, I’m in banking as a Financial Services Representative. I really enjoy the fact that I can help people who are [for example] just turning 18, and are opening up their first line of credit. I get to be a part of that process, and it’s really rewarding.

2. What made you choose St. Mike’s as a college? If you were just placed here by chance, are you happy with the outcome?

Adam: My dad asked me to rank St. Mike’s first as one of his friend’s daughters was attending the college at the time and it would connect me with someone that I knew. I am so happy with my placement at SMC and I can’t imagine what my undergraduate experience would have been like at any other college!

Taylor: I ranked St. Mike’s first because my cousin had lived in residence there. It was really the only college I knew anything about, so I took a chance! I’m very happy with the outcome. I wasn’t originally in St. Mike’s sponsored programs, but when I switched majors and minors, it really worked out. I also had the opportunity to go to Rome with the Gilson Seminar in my first year, thanks to St. Mike’s!

Nick: It wasn’t by chance–my mom went to St. Mike’s back in the 90’s! I was accepted to a few other Universities, and I decided that UofT was for me. After I decided that, I saw the colleges at UofT and thought “does this really matter?” But, hearing that my mom went to St. Mike’s, I thought it would be cool. I put it (USMC) as my top choice, and it is the best thing that has ever happened to me. I got into the Gilson Seminar, and we were the first class to go to Rome, which was my introduction into leadership at St. Mike’s!

3. What activities were you involved in at SMC?

Adam: I was a three-time Orientation staff member (twice as a Marshal and once as the Executive of Event Planning and Management), I am a co-founder and was a two-time secretary of SMCInclusive, I was the Chief Returning Officer for the most recent SMCSU election. I’ve sat in a variety of meetings with various levels of SMC on topics from merchandising at the café to shaping college mental health policy. For these efforts and others, I was selected as a recipient of the Fr. Robert Madden Leadership Award, the USMC Young Alumni Award, and was also selected to be the graduate representative by President Sylvester’s office for virtual convocation, so you will see me congratulating the Class of 2T1 alongside him in the virtual convocation video.

Taylor: I was an Orientation marshal once, and an Orientation executive once. I was the President of the BMSSA (Book and Media Studies Students Association) in my fourth year, after spending my third year as the Media Director. I also spent two years on the St. Mike’s Wellness Executive, and three years on The Mike’s Masthead. My favourite opportunity on campus was when I served as the VP Academics at SMCSU! Like Adam, for my service I was awarded the Fr. Madden Leadership Award.

Nick: For the first while, I was very quiet; I didn’t try to get involved, but because of the Gilson Seminar, at the end of the year I decided to run for SMCSU (the St. Michael’s College Student Union). I ended up winning out of luck, and because of that I became a Marshal at Orientation in 2019. I was a Marshal 3 times, and I’ve held the positions of Vice President of Academics in my second year, and Vice President of SMCSU in third and fourth year.

4. How did getting involved at SMC impact your overall experience at UofT?

Adam: ​I’ve made lifelong friendships at SMC and had life changing experiences because of SMC, and I am so truly thankful for my time at the college.

Taylor: Before I got involved at SMC, I wasn’t focusing on school or what would come next. I felt pretty lost. After I got involved, my grades drastically improved because I was more focused on school in general. In addition, I made so many friends that I would have never met otherwise, which shaped my university experience. Finally, my involvement at SMC actually helped me land a variety of jobs. It particularly helped me get my first Work Study in the SMC Office of Communications and my internship at a tech company.

Nick: My best experiences have come from being involved in St. Mike’s. Personally, being a part of SMCSU was the most influential. I started SMCSU in my second year, and I technically wasn’t supposed to win, but the person running against me dropped out, so I won by chance. It developed my responsibility, as I represented the student body in front of admin as VP Academics. Being VP, I had to be a leader of leaders. I wanted to make an impact, and show that I could lead these students to make decisions that were right for themselves and the council. Orientation also taught me to be a leader to new students and leaders, and it taught me to be able to make calls on the fly, and make smart decisions.

Adam: 1. Breathe. School will be stressful. Just breathe. Break overwhelming tasks down into smaller chunks that are manageable and remember to breathe/stay present.

2. Get involved!! Even if it’s something small, even if it’s one thing, it doesn’t even need to be at SMC! Contrary to popular belief, U of T is NOT all about academics!! The best students are the ones that are well-rounded.

Taylor: 1. Obviously, get involved. You’ll hear a lot of people tell you this, and you’ll probably shrug it off. You’ll probably think you’re too cool for extracurriculars or that you don’t need them. You’re not too cool and you need them. Not only does it look good on resumes, but you’ll have fond memories for years to come!

2. Apply for Work Study positions! I would have never been able to easily work in my field without the SMC Office of Communications taking a chance on me. They’re like internships, but not as intense. They’re a great way to start your career and experience.

Nick: When you enrolled in UofT, you enrolled to go to school, so definitely prioritize school! But, don’t lose sight of the value that extracurriculars can give you. It doesn’t have to be President of SMCU, or Orientation Coordinator. It can be anything you can contribute to our community, if it’s a sports team, cultural community, etc, get involved and make it a goal to leave a lasting impression. Whether people remember you or not, the things that you’ve contributed will make an impact on someone!

Between navigating your way around the city and sitting through long lectures in large classes, there’s no doubt that university can be an overwhelming experience. The fact that we’re still fighting a pandemic is also a sign that your university experience is only going to get more interesting from here on out. You will meet so many people and do so many wonderful things during your undergraduate career at UofT and at St. Mike’s that are sure to leave a lasting impact and offer a life changing experience.

Welcome home, class of 2025–your journey is only beginning!