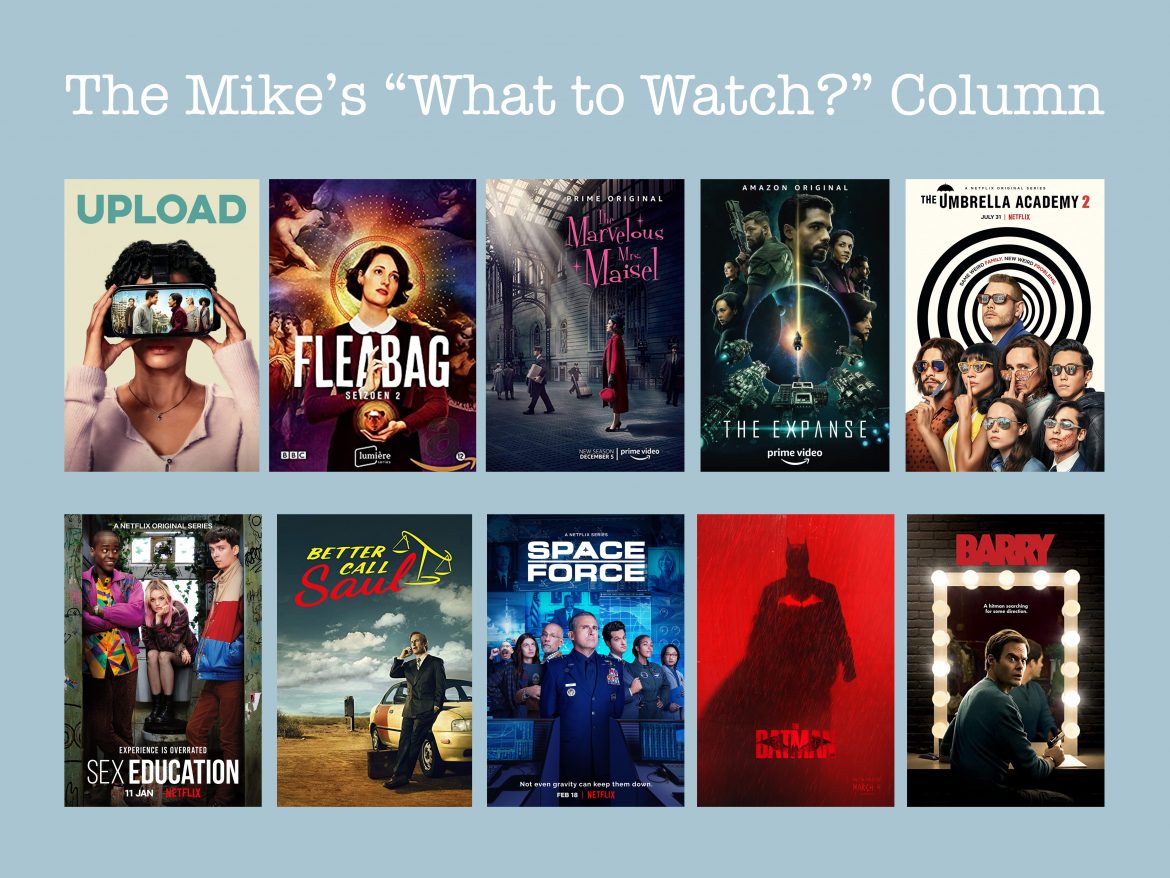 A list of TV shows and movies to watch this year

Thankfully, there is a never-ending supply and backlog of content available for your consumption. Here are a couple upcoming (or previously released) shows you might want to consider.

Just for context, in all of these recommendations, I did mostly include some form of critical review score or opinion. I realize that they are a bit untrustworthy at times and that your mileage may vary, but it’s the most systematic way to compare a multitude of media that would otherwise have very little in common.

American crime drama series, Better Call Saul (Saul), is a spin-off based on the events of the highly rated TV series, Breaking Bad. Following Bob Odenkirk’s morally grey, yet comically entertaining, lawyer character from the original series, Saul has been well received by both audiences and critics alike. Set to launch its final season on the 18th of April, fans of the original series have plenty of time to catch up on past content now. The show is currently available on Netflix.

Amazon Prime’s The Marvelous Mrs. Maisel (Maisel) is a period comedy drama about a 1950s housewife with an affinity for comedy. Maisel is a lighthearted show, gracefully funny for the majority of the time, with certain heavier story beats. Rachel Brosnahan’s lead character encounters the difficulties of being a woman in a rather misogynistic time period. The show scores consistently high among viewers who praise the show’s timeless humour.  Season four just released earlier in February, and the show has recently been renewed for a fifth and final season.

Twitter favorite and cult classic Fleabag is the love child of Phoebe Waller-Bridge and adapted from her original one-woman play from 2013. Sarcastic, witty, yet self-destructive, Fleabag is a 33-year-old woman living in London, coping with loneliness, debt, and the death of her best friend through maladaptive means. Fleabag sets itself (and actually, herself) apart by directly talking to the audience in frequent breaks of the fourth wall, allowing her to be brutally honest with her thoughts about current situations and people. Beloved for its mannerisms, humour, and disturbing content, Fleabag is a classic. Talking any more about it would just lead to spoiling its greatest beats. It’s only three hours’ worth of content per season, so you could watch it all in a day rather than do your assignments.

Netflix’s Sex Education was a smash hit since season back in 2019. The show follows the son of a sex therapist who develops his own black market therapeutic clinic specializing in supplementing his school’s very poor sex education. In the vein of Stranger Things and Riverdale, Sex Education scratches that high schooler comedy drama itch. All three seasons were received with critical acclaim, and the show has already been renewed for a fourth season. By this point, you’ve probably already heard of the show; its reputation precedes itself. It’s one of the more memorable shows of recent years and for good reason.

Dystopian comedy Upload imagines a world where the afterlife is a virtual subscription service, allowing recently deceased members to spend eternity wherever they can afford. It follows protagonist Nathan Brown’s death and subsequent introduction into one of these afterlife facilities, where he copes with a tragically young death, a possessive girlfriend, and a new love interest with a tech support agent. Upload’s strength, apart from the comedic beats and story, is its ability to depict a heavily monetized future with today’s bleeding edge technologies and socioeconomic problems. A virtual afterlife as a subscription service doesn’t seem too far-fetched when you consider the encroaching dominance of monetary policy. Season two was released earlier this March to high praise and a 100% score on Rotten Tomatoes.

Starring Steve Carrell from The Office, Space Force is a comedy TV show revolving around the early years of the newly incepted United States Space Force. Inspired by the conflicting and controversial creation of a new branch to the U.S. Armed Forces, season one indirectly references the current political climate under former President Donald Trump. Season one received fairly lukewarm reviews, but was celebrated for its casting and comedy. Season two, released mid-February of this year, holds better reviews, with critics citing a narrowed scope in what the show aims to pursue. This show is akin to chicken noodle soup for the bedridden. It’s a low-stakes, short, and easy-to-swallow workplace comedy in a tried and true formula most people are familiar with.

The lovechild of Alec Berg and Bill Hader, Barry is a dark comedy with the unusual premise of a hitman who develops a passion for acting and dedicates himself to making it in Hollywood. Bill Hader stars as the titular character, Barry Berkman (later Block). Barry is on my list of favorite television shows due to its sharp contrasts in subject matter, from seeing Barry perform the most monotone, dry performance theater has ever seen, to an awe-inspiring line delivery in the midst of a mental breakdown. Seeing Barry struggle to balance his past secret identity with his new and incredibly public persona is incredibly entertaining. Tragically, Barry is one of the least watched on this list, with season one having about half a million viewers per episode, despite high ratings (the show’s exclusivity to HBO is probably not helping). With a cult following anxiously awaiting the release of season three this coming April, now is the perfect time to begin watching.

Another Netflix blockbuster is The Umbrella Academy (Umbrella Academy), originally released in 2019. Based on the comics of the same name, Umbrella Academy is a fantasy show akin to a superhero premise. Its central protagonists all have some sort of superpower, brought together by their adoptive father to fight crime, and later by their long-lost brother to stop the end of the world. But beneath the extravagant plot, its story is much more tangible: that of a broken, alienated family that must learn to co-exist. And you know, it’s still a bit campy and comedic. Umbrella Academy season three is set to release in June later this year, and time will tell if it lives up to the same praise and affection for the previous seasons. And yes, they did film parts of the show at the St. George campus, particularly the exterior of Lash Miller!

The Expanse is a science fiction space drama following humanity’s struggle for resources, representation, and power. It is well known for its portrayal of a fictional political universe, a rather accurate representation of astrophysics, and being the show resurrected from cancellation by a dedicated fan base. The Expanse show is actually based on the novels by the same name, and the six seasons enact about two-thirds of the full story. That’s not to say it’s not enjoyable in its own right. The show consistently holds high praise from critics and viewers alike, even winning a Hugo Award and a Nebula Award. For context, those are the most prestigious awards given to science fiction media.

Honorary mention for the list is Robert Pattinson’s interpretation of The Batman. While not as dark and gritty as so many Twitter threads may suggest, it is the most modern adaptation of the character. This version of the Batman story has a lot more emphasis on the vigilante’s detective capabilities, reminiscent of older movies like Se7en. With a blockbuster cast and a lengthy runtime of three hours, the film doesn’t disappoint. I mean, it’s a big-budgeted superhero movie with bombastic set pieces. The Batman is fun for the whole family.