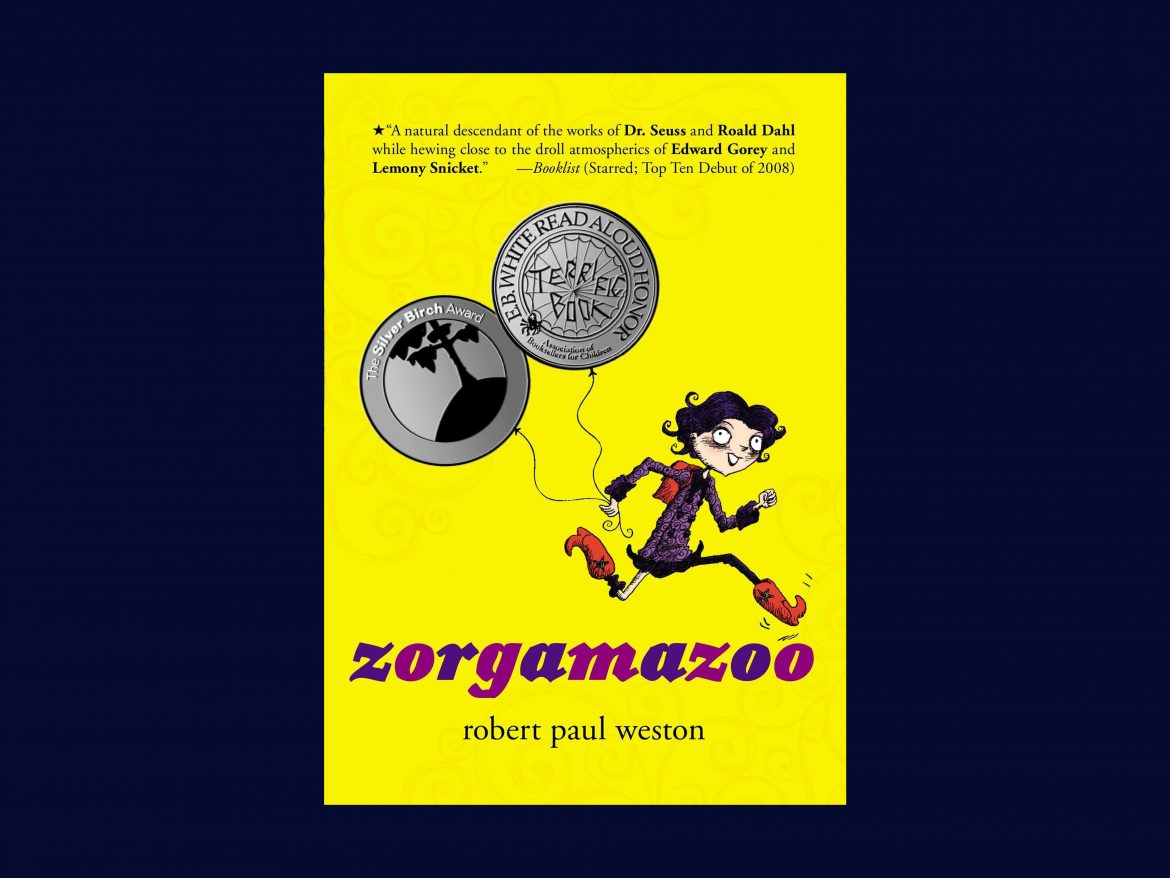 When I was around 9 years old, my mother, who works at a school, came home telling me she had a gift. Apparently, an author by the name of Robert Paul Weston had visited to read and discuss his book Zorgamazoo. He was signing copies, and my mom managed to snag one, personally signed to me. I thought it was one of the coolest things I had in my possession, and even more now because of how much I loved reading the book. I rarely go back to media I’ve already consumed, but this book was so whimsical and engrossing I had become obsessed with going back to its pages and becoming immersed in the magic Weston had created multiple times.

Zorgamazoo is about a young and adventurous girl named Katrina who narrowly escapes a lobotomy planned by her evil guardian after coming across a mysterious beast, Morty, who unexpectedly saves her. Morty, a timid Zorgle from the subterranean Zorgamazoo world, is on his own adventure trying to save his species that is mysteriously going missing. Katrina decides they should embark on an adventure to save them. Though the two are complete opposites and lead different lives, they ultimately learn lessons from each other and appreciate their newfound meaning of life. For young readers like myself, the story had its dark parts, especially since there’s an essence of Tim Burton and Roald Dahl, but I think that fear manifests into a sort of extra desire to root for the heroes.

What I loved most in its whimsy was the rhyme and mischief. Weston’s use of the rhyming anapestic tetrameter (rhyming couplets) is artfully applied to create a fun and alluring atmosphere in his story, and it’s what likely caught my attention first. His sophisticated style of language allows for children of all ages to enjoy, including more mature readers. The fun fonts dedicated to specific characters, the illustrations, and the jokes the reader shares with the omniscient narrator are all brilliant add-ons for this novel. And most of all, I enjoyed how the narrator persuaded you to believe every single magical word written.

For little me, this fantastical story fostered the idea to embrace one’s own uniqueness and sense of creativity. It could be assumed that it might’ve been a driving force for me to pursue creative writing as a hobby, one that is currently one of my favourite things to do. We live in a very corporate and monotonous world when you think about it, and with so many routines drilled into our heads, it’s never a bad idea to break away from the serious and entertain even the most absurd thoughts. Humans have always been imaginative and artistic and I think Weston does a wonderful job at explaining that awareness to a young audience. In a way, Weston’s approach in describing “tedium steam” and “enchantium steam” are clearly metaphors for how people see the world and associate with it.Honestly, I’m not sure why this book isn’t discussed more, and I think it still has potential to be considered a classic children’s book for future readers. Even now I would recommend it to people my age because of the meaning and its ability to entertain. That is how much it has mesmerized me, and I don’t think it’s a biased opinion. Katrina and Morty’s adventure will always have a special place in my heart for the lessons it has taught me, and for the sake of nostalgia I most definitely will praise it to anyone who asks for a recommendation.