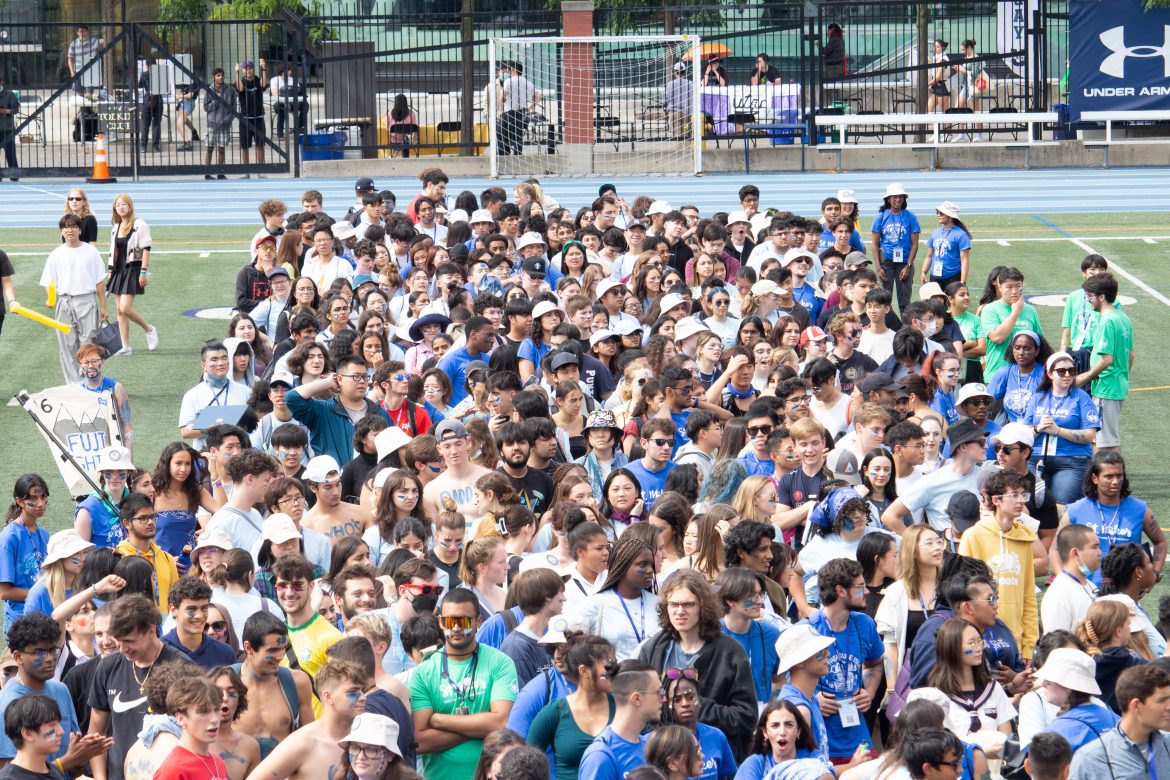 Queen’s has HOCO, Western has FOCO, U of T has NOCO

Some universities have HOCO, others have FOCO, but here at U of T, we have NOCO: no Homecoming.

For decades, Western University and Queen’s University have celebrated their annual Homecoming (HOCO) events. This longstanding tradition was designed to welcome alumni as they would “come home” to their universities with a massive football game and some university–related activities. However, for the majority of the student body, it’s an excuse to day drink and party for an entire weekend.

Other universities, like McMaster (and even Western for a while), have since implemented what’s called a “Fake Homecoming,” otherwise known as “FOCO,” in imitation of Queen’s beloved HOCO. Since FOCO is not officially recognized by universities and so lacks both the returning alumni and the traditional football game, it is really just driven by an excuse to party and day drink.

This year, Western had its HOCO on September 24th, along with Laurier, UBC, and Waterloo to name a few, while McMaster, Carelton, and UOttawa held their own on October 1st. Thousands of students gathered, dressed proudly in their school colours, to party in the streets, drink copious amounts of alcohol, and probably have the time of their lives while doing so, as they rightfully should.

The fall season brings tons of fun to other universities, but what about U of T? Sure, U of T has a thousand gorgeous libraries to choose from, but what else is it bringing to the table? Our lack of Homecoming does nothing but add to the list of reasons why U of T has a poor reputation surrounding students’ social lives.

It’s no secret that “U of Tears” doesn’t have the best reputation among undergraduates at Canadian universities. We may not be known as a party school like Western, but we’re not really known for anything besides how difficult it is to be a student here (hence the nickname “U of Tears” as we’re always stressed and crying). Right now, I think a lot of students are crying about the fact that they have to spend tons of money on gas to get to Queen’s for HOCO, but that’s just my opinion.

While there are ways to get involved within the U of T community, like through your college or faculty, students want to experience the quintessential college life. They want to make long-lasting memories that live to become crazy stories they’ll tell for years to come. U of T has frat parties here and there, but apart from that, there’s no official HOCO. I think students could benefit from having a weekend of parties to celebrate U of T spirit and even promote the Varsity Blues if we held it during a football game.

Because U of T is situated in the middle of the city, it’s difficult to block off roads and have such a large number of students gather to party. There are bylaws and hundreds of other legal reasons why we can’t have a HOCO. This is likely why we don’t have one. However, I believe there are ways around everything.

Concerned about underage students attending? No problem. Have someone ID them before entering the area. Sure, it may be a tedious task, but at least I’m giving you something to work with. Also, streets in the city are closed for events and protests all the time. The university typically blocks off the Spadina-Bloor-Yonge-College border for the annual tri-campus parade during Orientation week, so I’m not sure why we couldn’t block off Devonshire and Hoskin for our own HOCO after a Varsity Blues football game one night.

All in all, there are ways around the challenges of hosting a HOCO at U of T — and I definitely think we should have one. It’s just going to take a group of students, a little bit of funding, and likely permission from the university and the city to get it done.