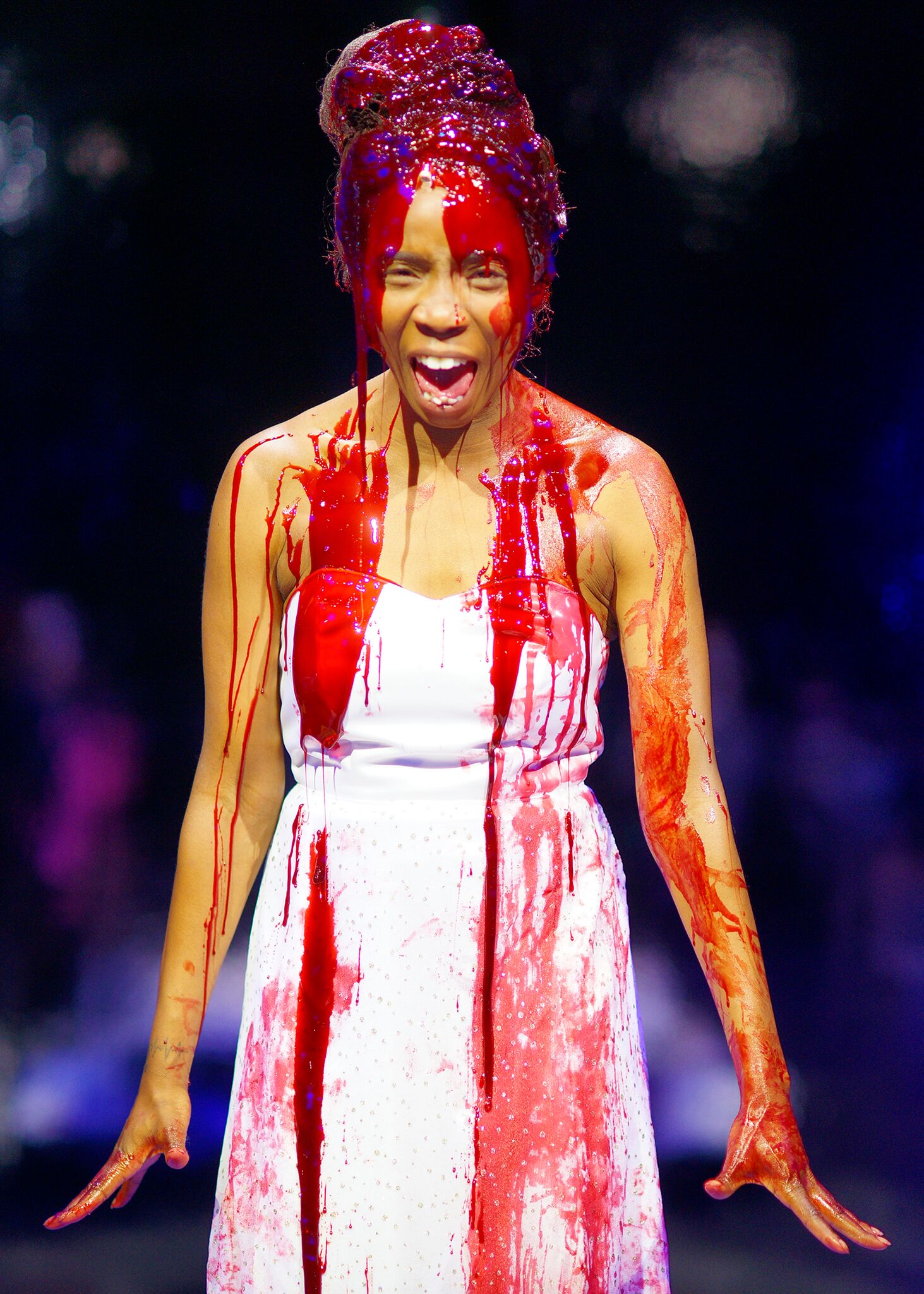 Immediately apparent when I entered the theatre on opening night of Director Richard Ouzounian’s Carrie: The Musical was the full house I sat amongst. I’ve attended the opening nights of both Tideline and Much Ado About Nothing—shows from earlier in Hart House Theatre’s 2016-2017 season—and neither opened to so large a crowd. It seemed as if Toronto’s theatre-going community was as excited for a musical adaptation of Stephen King’s classic debut novel as I was.

As the cast took the stage, music swelled and Joe Pagnan’s colourful set began to transform. The stage played a sort of character of its own; its LED colours constantly in flux, and its three-sided panel background turning to best reflect the respective setting: white, silver, and black. I found them an apt visual metaphor for Carrie and her transformation. White for Carrie White, innocent to the realities of womanhood. Silver for her prom, as she found herself shiny and new in an unfamiliar world. Finally, black, for the famously dark turn her magical night takes.

As the climax of the prom scene approached, the tension among the audience was palatable. We all knew what was coming but were nonetheless excitedly apprehensive. When the blood fell over Carrie—a thoroughly convincing, thick red liquid—hands shot to mouths in shock and delighted horror. The colourful stage lights gave way to a harsh strobe as Carrie went to her dastardly telekinetic work, reminiscent of Brian De Palma’s 1976 film adaptation.

Particularly strong performances were exhibited by the Tiyana Scott as Carrie White and Brittany Miranda as Margaret White. From Scott’s first notes of act one, it was obvious that she possessed a singing voice of spectacular quality and strength. The two performer’s duets, of which there were fortunately several, were the productions highlights. One of these featured the dance talents of Ryota Kaneko and Sarah D’Cunha, who played Margaret’s memories as she described them in song. The casting of the younger Margaret was spot-on: as she stood in front of the older Margaret, it was immediately obvious who she was playing.

The moment was only one of the visually stunning aspects of the play, which also incorporated screens displaying plot-advancing Instagram photos and neon clothing under blacklight. True to the horror of the original, choreographer Amanda Nuttall imbued the production with moments of discomfort and general creepiness. At one point, the cast ceased bullying the overwhelmed Carrie and, in perfect unison, turned their heads to face the audience. The sudden complicity I felt in their evil act sent a chill down my spine.

All in all, Carrie: The Musical is a visually striking, multi-faceted feast for the senses, full of both rising and established theatrical talents, on and off the stage.

Carrie: The Musical plays until February 4th, 2017 at U of T’s Hart House Theatre.