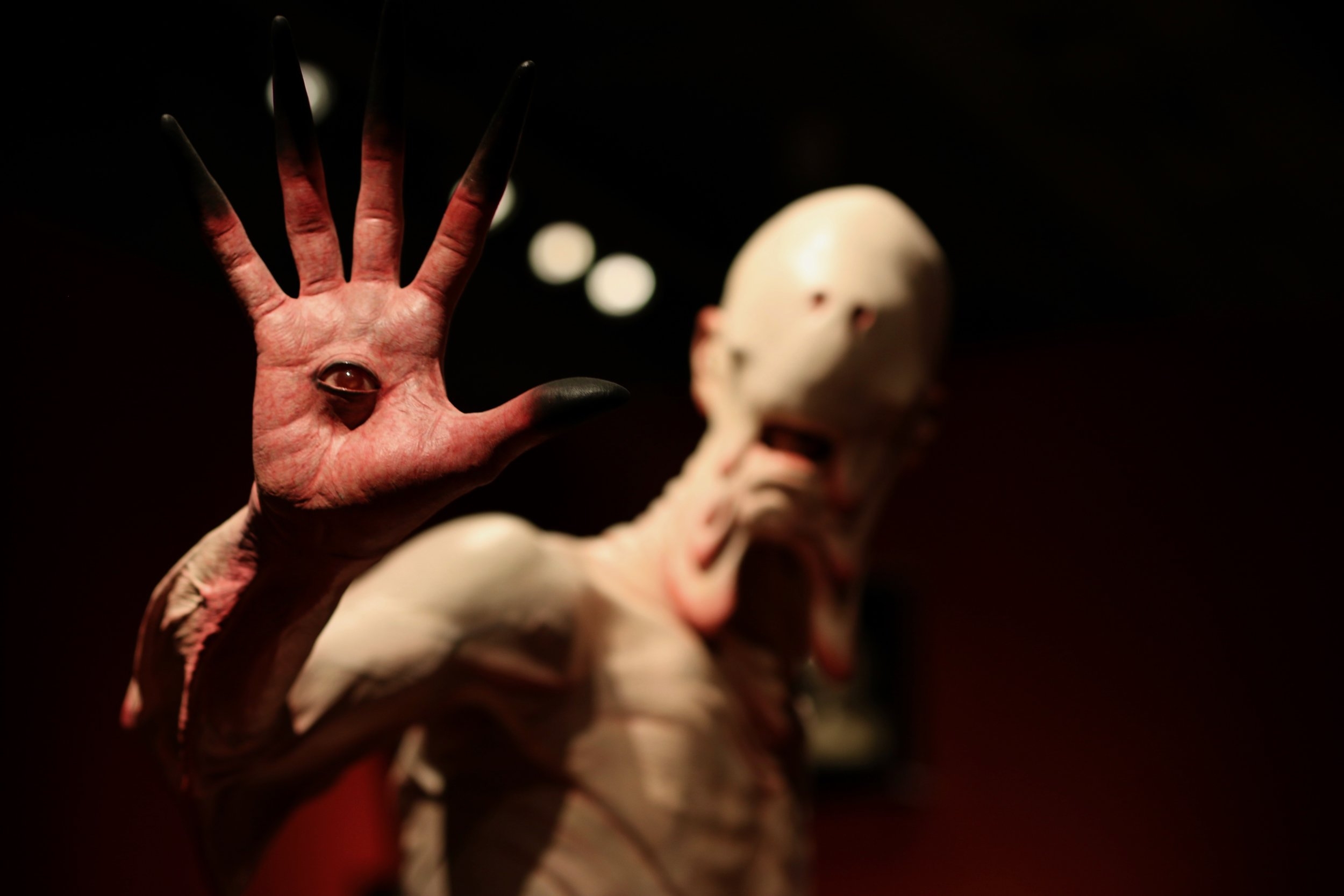 The loss of innocence, free will, and female empowerment in Guillermo del Toro’s exhibit at the AGO

Photos by: Layla Pereira-Dasilva / THE MIKE

The Art Gallery of Ontario’s (AGO) current exhibit invites you into the fantastical world of the famous filmmaker, Guillermo del Toro. At Home with Monsters brings together pieces from del Toro’s films and vast personal collection, totalling approximately 500 objects spread over eight thematic sections. “My cabinet of curiosities,” as he dubs it, “is a devotional sampling of the enormous love that is required to create, maintain, and love monsters in our lives.” While it is unquestionably a testament to del Toro’s love of monsters, it is the philosophical insight on the human condition that seems to be the essential message of the exhibit. “To del Toro, the imperfections of monsters are found in all of us, whether we see them or not,” says Jim Shedden, co-curator and the AGO’s Manager of Publishing.

The first section you walk into is “Childhood and Innocence,” which is unsurprising given that children are often the central characters in many of del Toro’s films. This is especially the case in his seminal film Pan’s Labyrinth, a movie about Ofelia, a young girl who is desperately trying to escape the harshness of her current reality and traverses into a fantasy realm. One of the characters, the Faun, gives Ofelia tasks which she must complete in order to make it through the labyrinth – a metaphor for life. These tasks increasingly challenge Ofelia’s childhood innocence – the ultimate task is to draw blood from her baby brother. The movie is not only an allegory for growing up, but also a commentary on the loss of innocence in the process of becoming an adult, and this is evinced in the “Childhood and Innocence” section of the exhibit.

The Pale Man, another character from Pan’s Labyrinth, is the life-sized, unsettling statue guests are confronted with first in the exhibit. “The Pale Man scares me,” del Toro says. “This is a monster that represents something that eats innocence. It is a monster that is literally blind to anything but a completely brutal and perverse appetite.” The Pale Man – though merciless – is enslaved by his insatiable appetite for children, meant to distinguish what is intrinsic to humanity: free will. A lot of the monsters in del Toro’s films take on insect characteristics meant to emphasize that they are a by-product of their lack of free will. Central to del Toro’s philosophy is that: the seed of the soul is free choice. “What makes us human is that we can choose, whereas insects are hardwired. What is beautiful about humanity is that we can choose to be heroes or villains,” he explains.

In the section “Victoriana,” a life-sized representation of Edith, the central character in the movie Crimson Peak, is displayed. Edith is one of del Toro’s characters that chooses to be a hero. “Contrary to all the gothic-romance, I wanted Edith to have sex with the male protagonist and not be hindered by that, but actually empowered by that,” he explains, “I wanted her to lose her innocence and become a stronger woman and save herself.” Del Toro’s feminist criticism isn’t hard to miss, “As a male driven society, we do not reconcile beauty and power. We cannot make them analogous, or compatible, and what I wanted was for Edith to be beautiful and powerful at the same time,” he says. You also can’t help but notice that Edith’s white dress – no doubt a metaphor for innocence – is blood-stained. This is del Toro’s unsubtle way of conveying Edith’s metamorphosis into womanhood. “It was extremely important for me to present Edith as having gone through the blood, and the sweat, and the tears; this is now a woman that understands the evils of the world,” he explains.

Fans and newcomers alike should find this oft-philosophical experience appealing, if not for the open invitation to navigate del Toro’s imagination, then surely for the hard-to-miss coincidence of this being the month of Halloween. Regardless of the reason, the experience of being at home with monsters is not one to miss. “It is my most cherished desire that as you leave the exhibition theses monsters follow you home,” he says. Just, may it not be the Pale Man.