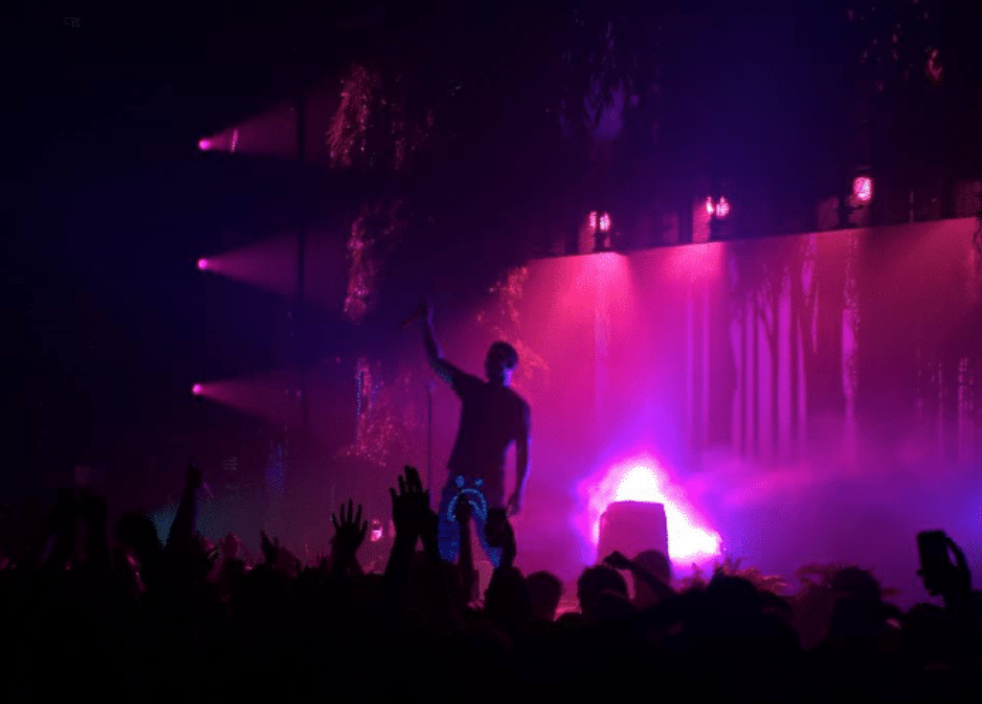 On October 3, Roger Waters performed his second of three shows at the Air Canada Centre (ACC) for his Us + Them tour. Although it was not the average concert for a teenager to attend, the audience still knew how to have a good time. This concert contained songs from his new album as well as his hits from his Pink Floyd days. Not only did Waters bring forth a show with optical spectaculars, the show contained political expressions, which have been a part of Waters’ shows since he began making music. Through his various guitar solos, Waters had montages of social issues including materialism, Trump hazing, and poverty. As a 19-year-old growing up with a father who has a passion for rock and roll music, I have been listening to Pink Floyd for my whole life. I used to think Pink Floyd’s music was best experienced through headphones but Waters and his band were able to turn the classic songs into a lively experience. Compared to the lively, mosh-pit filled concerts with a younger age group, the Us + Them tour was a relaxing, thought-provoking, and exhilarating experience for the audience.

To add to this, I had the privilege of attending the Kid Cudi concert on Wednesday, October 4, at Rebel Nightclub. Similar to Waters’, the show provided a spectacular optical experience. However, in my opinion, the audience and vibe were both very different. Cudi put on a show that contained hits from his recent album, Passion, Pain & Demons and hits from his older albums, Man On the Moon, Vol II and Man On the Moon: The End of Day. After a five-year gap from his last tour in 2013, the audience was excited and overjoyed to see what Cudi had in store for them. The audience was jumping, dancing and singing to the songs on the set list and cheered on the different visuals that Cudi provided. The general admission concert provided a venue that allowed the audience to engage better through dancing and movement. Cudi engaged with his audience by walking through the crowd and signing autographs before his last song of the night. Not only was the concert musically inclined, the audience and visuals had a great impact on the art values of the concert.

There are some differences and similarities between these two concerts that are important to the artistic values of the artist and the audience. Although both artists connected with the crowd and had visuals that were an important influence on the audience, Waters put on a show that was relaxing and thought provoking, whereas Cudi’s show can be seen as an escape from thoughts. The Us + Them tour allowed the audience to reflect on issues in our society that are an obvious thought in everyone’s mind and although Waters did not interact with the crowd, the visuals were an important aspect for Waters to express his thoughts. Cudi’s visuals and interaction with the crowd were an escape from the issues of the audience’s mind through his ability to allow the audience to solely connect with the music and dancing intended. Both concerts were an experience that were artistically inclined. After attending both, the experiences allowed me to appreciate both genres of music, both artists, and understand both values of the audience.