Policy’s implications, how USMC plans to implement it remain unclear

The University of St. Michael’s College (USMC) unveiled its new Student Society Leadership Policy on its website September 25. The document codifies a set of rules and expectations USMC now has of USMC Student Society leaders. (It became effective retroactively, as of September 22.)

The Mike reached out to the Director of Student Life, Oriana Bertucci regarding the benefits USMC students will reap from the new policy. Bertucci stated that the policy “outlines guidelines for student societies at St. Mike’s,” and that student leaders are expected to be good stewards of the USMC family. According to the documents: “Leaders accept their ethical obligation to act in accordance to USMC’s mission as a Catholic university that is dedicated to the academic and spiritual life of its students.” The implications of this particular statement remain unclear. Likewise for how the university plans to implement this policy.

The document defines the term “Student Societies” as “student organizations on whose behalf USMC collects compulsory non-academic incidental fees from students of USMC.” These societies include The Mike, SMCSU, St. Mike’s Residence Council (SMRC), and academic groups of USMC-sponsored programs. It also posits stipulations regarding the eligibility of student leaders to serve in any of these groups, stating that leaders must be “in good academic standing,” “agree to model good citizenship,” and reflect positively upon USMC, USMC students, and U of T at large. The next section also reminds groups and student leaders that USMC is what gives such groups status. It declares that students must accept an obligation to follow the mission of the school and an obligation to the academic and spiritual life of its students.

USMC appears to be in a time of transition. The St. Michael’s College Student Union (SMCSU) has been in a rebuilding state since its prorogation — a new lay chaplain has been hired and President David Mulroney has laid out his vision for a reformed USMC and SMCSU. The most recent announcement of the new Student Society Leadership Policy represents a continuation on the same, recurring themes of Mulroney’s Presidency: Catholic identity, fiscal responsibility, and “intellectual, moral and spiritual development.”

The policy goes on to make explicit the fiscal expectations it has of its student leaders. The policy requires student leaders to “ensure their funds are properly accounted for and their societies operate in an open, transparent and democratic fashion.” Student leaders will also be required to submit annual budgets to the USMC administration. The policy also states that leaders will seek training with the Office of the Director of Student Life and the Office of the Bursar so as to become better prepared to financially manage their respective societies.

U of T biotech startup gel technology combats need for post-surgery medicationEmily So  MANAGING ONLINE EDITORImage: AmacaThera AmacaThera, a biotechnology startup from the University of To
Read More 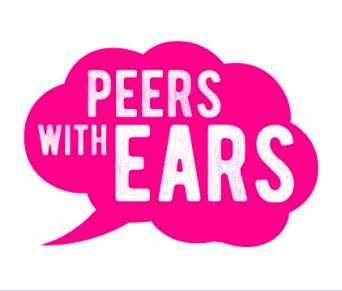 Peers with Ears in Search of Students

Mental health mentorship program seeks to break down isolation at U of TEmily Barber  ASSOCIATE NEWS EDITORPhoto: Peers with Ears. One of the University of Toronto Student Union’s (UTSU) latest e
Read More

A brief look into what SMCSU has to offer for this year and beyond Aaron Panciera  EDITOR-IN-CHIEFThe University of St. Michael’s College Student Union (SMCSU) had a resurgence during the past ac
Read More