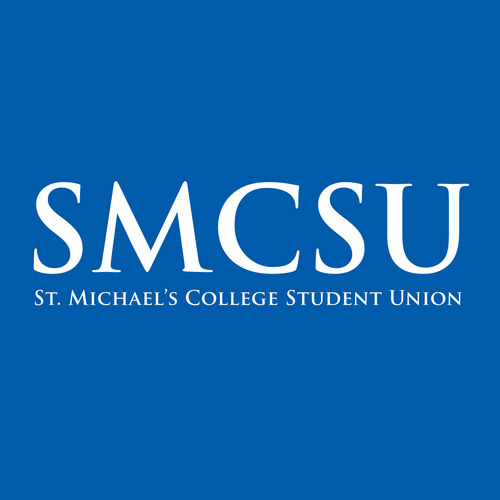 After a tumultuous year, USMC looks to “renew” its relationship to SMCSU

The University of St. Michael’s College Student Union (SMCSU) will hold its annual elections beginning October 11. After a rough year that saw scandal and financial mismanagement, the SMCSU looks to reinvent its organization with a slate of new candidates for the upcoming year.

The bulk of the trouble for the SMCSU began in July of 2016, when the University of St. Michael’s College (USMC) began a full investigation into the student union’s financial records. Then, in September, USMC President David Mulroney criticized the SMCSU for its financial mismanagement and disconnect from the student body.

“As you probably know, if anything needs renewal, it is the relationship between [USMC] and SMCSU,” Mulroney wrote in a post on the USMC website on September 16, 2016. “I wanted to be reassured that, before we passed on to SMCSU the considerable funds generated by a levy on all St. Mike’s students, SMCSU actually had in place a system for managing these funds with due regard to probity, transparency and accountability.”

The SMCSU scandals hit their apex in December, and began with leaked Snapchat videos recorded by then Vice President Kevin Vando, featuring former Councillor Sara Gonsalves, in which Gonsalves looked to be making fun of Islam. A few days after the videos were leaked, it was announced that the SMCSU would be dissolved and soon after, then-President Zachary Nixon resigned.

In March 2017, the SMCSU financial investigation ended, finding that student funds had been severely mismanaged, over a period dating back as far as a decade. A statement posted on the USMC website by Mulroney at the time stated that, “We have found evidence of off-the-books purchases of personal items, improper and un-recorded payments from suppliers to students (“kick backs”), and theft.”

With this have come changes to USMC policy, most notably the new USMC Student Society Leadership Policy and the re-imagining committee, which outlines the modified roles of student government and student officials. The purpose of these new policies, as defined by the USMC Society Leadership Policy, is for “leaders of student societies to accept personal responsibility for their actions and exemplify behaviour that encourages an understanding of and respect for the values that inspire and inform USMC in its mission.”

“We just want to make sure that [the SMCSU and other USMC student societies] are being safe and using student levy fees appropriately,” Oriana Bertucci, Director of Student Life at USMC, told The Mike. “We don’t see this policy as restricting autonomy.”

Much remains unknown as to how the new SMCSU will look and function. The nomination period for the upcoming SMCSU elections was held from September 25 to October 3. Voting will take place from October 11 to October 15, with results being announced on October 17.

Erin McTague has been appointed Chief Returning Officer and will be overseeing the SMCSU election.