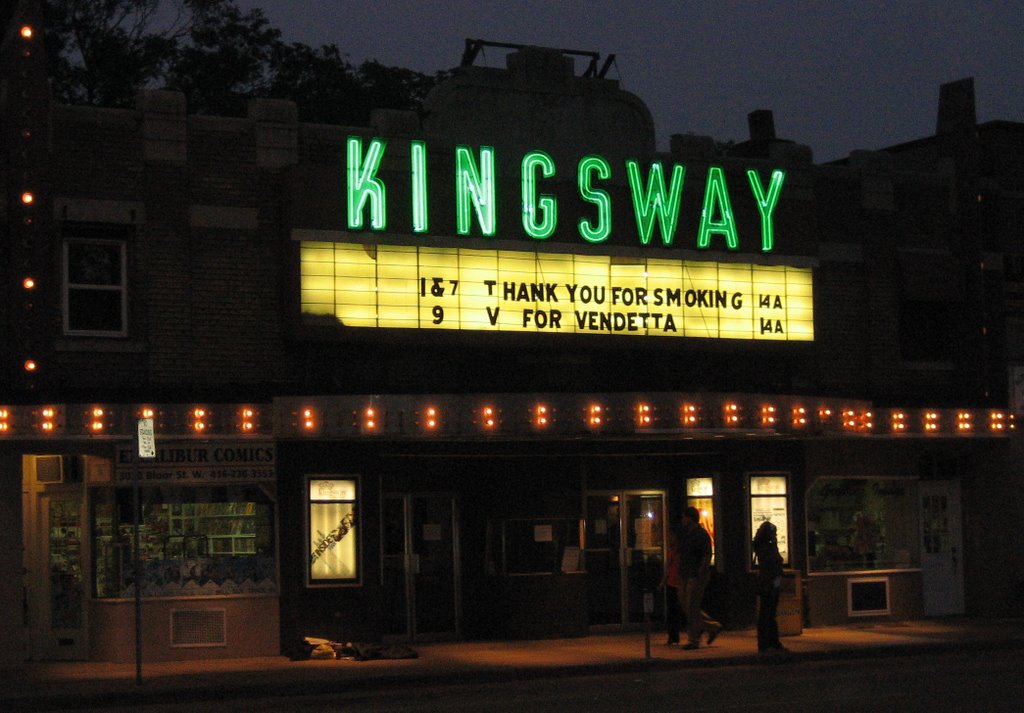 A breakdown of the city’s best cinema alternatives

Going to the movies used to be a treat. Only after weeks of begging and pleading would my father agree to drive me and my sister to the local movie theatre, where we would be greeted by slightly-stale, over buttered popcorn and cups of pop larger than my 8-year old head. Settling into the stain-disguising patterned seats, we relaxed for 90 minutes of well-earned fun. Today, Toronto is not lacking in movie cinemas – instead, it is dominated by the Canadian-owned “big box” theatre chain, Cineplex. Comfy, luxurious, and occasionally overwhelming, these theatres have it all, so much so that it’s easy to overlook the many character-filled gems that we have in this city. The following are just a few of the wonderful community-based cinemas that call Toronto home:

Bloor Hot Docs: This annex theatre is no stranger to Torontonians – home to monthly Rocky Horror shadow cast screenings, TIFF screenings, and the best place to go for first-run documentaries. Independent, but not lacking in customers, this theatre pulls in some of the trendiest film enthusiasts in town.

Kingsway Theatre: This second-run theatre in Toronto’s west end is filled with charm, character, and unexpected nostalgic viewings. Patrons love this theatre for its no-fuss vibe and its liquor license.

Humber Cinemas: Capping off Bloor West Village is this neighbourhood staple. With four screens, this art-deco cinema offers a friendly, welcoming environment with no-fuss fixings and the friendliest staff in town!

Revue Cinemas: This not-for-profit cinema is a beloved Roncesvalles gem. One of the longest continuously running cinemas in the country, Revue was established in 1912, and is home to the comfiest seats of all of Toronto’s independent cinemas.

Regent Theatre: Looking for independent or foreign films? Look no further, this north-end cinema has it all – even real butter for its popcorn.

Mount Pleasant Theatre: This two-screen theatre is a neighbourhood gem. Although Mount Pleasant has a fully-stocked concession bar today, it was not always this way. Starting in 1951, they operated for many years without a popcorn popper. Instead, they had their popcorn delivered by the bag every day.

The Royal: Movie theatre and art venue, The Royal is the only movie cinema in Little Italy, it’s known best for its iconic ROYAL sign. It is a second run theatre fully equipped to be a post-production cinema during the daytime when films/events are not showing.

Fox Theatre: The Beaches is home to not only fantastic beaches, but also one of the most beloved independent cinemas the city. With beautiful glass-stained windows greeting you on the way in, Fox Theatre is one of the single longest-running cinemas in Toronto, established in 1913.

Straight-to-the-point, welcoming, and historic independent cinemas remind us of Toronto’s past, present and future. Characterized by the neighbourhoods they’re located in; Toronto is defined by its movie-going culture. These beloved theatres focus on the films they show instead of the “movie-going experience” that surrounds them. Though they are rapidly disappearing, these community landmarks are frequented by those whose childhoods are defined by a love for movies.