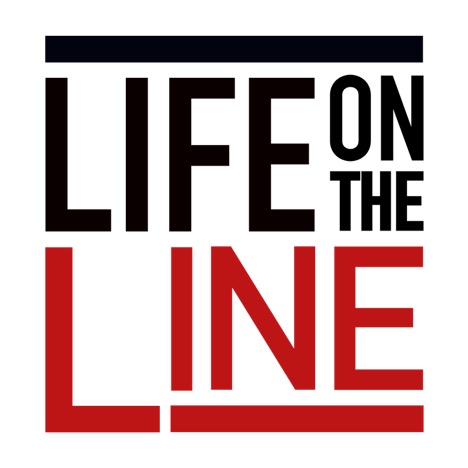 Starting November 19, the Toronto Transit Commission (TTC) launched its newest arts campaign in partnership with Twentytwenty Arts, a Toronto-based non-profit organization. Twentytwenty Arts aims to raise visibility and funds for charitable organizations through the production of innovative art. The campaign titled “Life on the Line” is a mental health awareness campaign, collecting funds for the Canadian Mental Health Association in Toronto (CMHA). The funds specifically aid the CMHA’s Holiday Gift Program which has been around for over 60 years. The program provides gifts and necessities assembled by volunteers and delivered by front line workers to at-risk groups, the homeless, and those who utilize the CMHA services. There are a number of groups within our communities who are unable to have the same holiday experience that is so often advertised. Through this program parents are able to give their children gifts, and families are provided with the necessities they need for the season.

Twentytwenty Arts was founded in May 2018, and one of its first showcases this year was in partnership with the Toronto Distress Center at Northern Contemporary Gallery. This was met with an overwhelming response, and the organization wanted to take on an even bigger project. When speaking to Megan Kee, founder of Twentytwenty Arts, she spoke of how the TTC in 2016 had a record of 1.6 million riders on a specific day, and that sparked a realization that the posters and artwork displayed on the transit are bound to catch attention. Working with the TTC would further create visibility for the organization and CMHA’s program.

Kee was able to walk The Mike through the process in determining the artwork chosen to be on display. Calls for submissions were put forth in August 2018 through a multitude of platforms including but not limited to posters, texts, and networking. Twentytwenty Arts targeted galleries, schools, art institutions, programs, and universities to create a diverse range of submissions. Out of the 350 submissions received, the team then had to choose 20 submissions to make the final cut. As Kee said, “The process was grueling, as there were many amazing pieces submitted.” The artwork was launched and the majority has been sold, along with stupendous response in donations. All the pieces displayed are available for purchase on the TTC website, where 80% of sales will go toward the Holiday Gift Program.

Kee spoke of the need existing in communities to educate on the topic of mental health. CMHA cites mental illness as being a leading cause of disability in Canada, and there exists disproportionate funding for the cause, to the point where mental health care is underfunded by $1.5 billion in Ontario. Kee continued to speak of the numerous misconceptions that exist around mental health, and the lack of resources provided to communities in need. Twentytwenty Arts integrates awareness, art, and community organizations for at-risk groups. Its work aims to destabilize myths which actively exist within society, and facilitate a conversation into the realities of mental health.