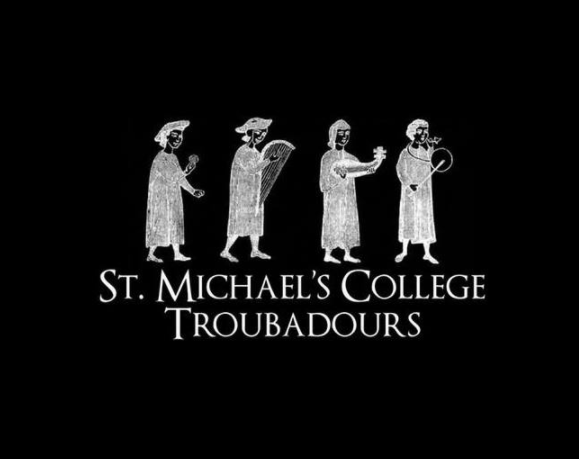 Liam McConnell on seeing his play performed at Hart House

Hart House Theatre had the pleasure of hosting the University of Toronto Drama Festival, featuring several colleges and their respective drama clubs, between February 8th and 10th. On the second night of the three-day spectacular, the St. Michael’s College (SMC) Troubadours presented a play entitled The Green, The Gold, The Grey, written by University of St. Michael’s College (USMC) student and The Mike‘s own Managing Editor Liam McConnell, a fourth year English-Specialist.

The opportunity to see and view a play written by a St. Mike’s student is amazing in itself, but to have it also be performed and directed by St. Mike’s students is also an honour, to say the least. Once the play was chosen among many, McConnell was “flabbergasted and humbled” that something he had written was selected to be performed, as well as “thrilled that the SMC Troubadours were interested in something [he] never anticipated would see the light of day.”

The story revolves around the Troubles, an ethno-nationalist conflict that transpired in Ireland between 1968 and 1998, and it deals with the fact that many Irish citizens have grown up during the impact of the violence and have grown to prefer harmony and peace over war and chaos. This historical play “centres around two members of opposing paramilitaries embroiled in the conflict, who become trapped together and are forced to work through their differences, only to find they may have more in common than they thought.”

The Green, The Gold, The Grey took McConnell “about four months, with a furiously productive final week” to write. Some segments took longer to develop than others, like character names: specifically the two main characters, Enda Rowland and Ronald Dewan. I was personally intrigued by the title of the play. When asked where the title originated from, McConnell stated, “The national flag of Ireland is a tricolour with green on the left and orange on the right, which is what green and gold in the title refer to (gold is poetic license). Green represents Irish Catholics, and orange for Protestants. The white in the middle represents the desire for peace between them, which hasn’t been fully realized even to this day. Grey, an obscured shade of white, represents that lingering spectre of violence. As the action transpires in ’98, at the very tail-end of the Troubles, they exist in a grey area between war and peace. Also, the characters have different interpretations of the same things: what it means to be Irish, for example. Their answers to these questions are not dichotomous: they’re in a grey area of their own.”

McConnell told The Mike that he and St. Mike’s student and director Shay Santaiti “agreed to keep our realms quite separate” in terms of craft. Having an idea in your head is one thing, but actually seeing it come together is another. Everyone dreams of writing something and having it performed on stage for an actual audience to see. McConnell has described the experience as fascinating: “Hearing conversations that were happening in my head for months being spoken aloud — by excellent actors, no less — has been strange and addictive.”

The play was presented this past weekend and has had nothing but amazing reviews. The SMC Troubadours put on a fantastic performance and had made McConnell’s vision come to life.