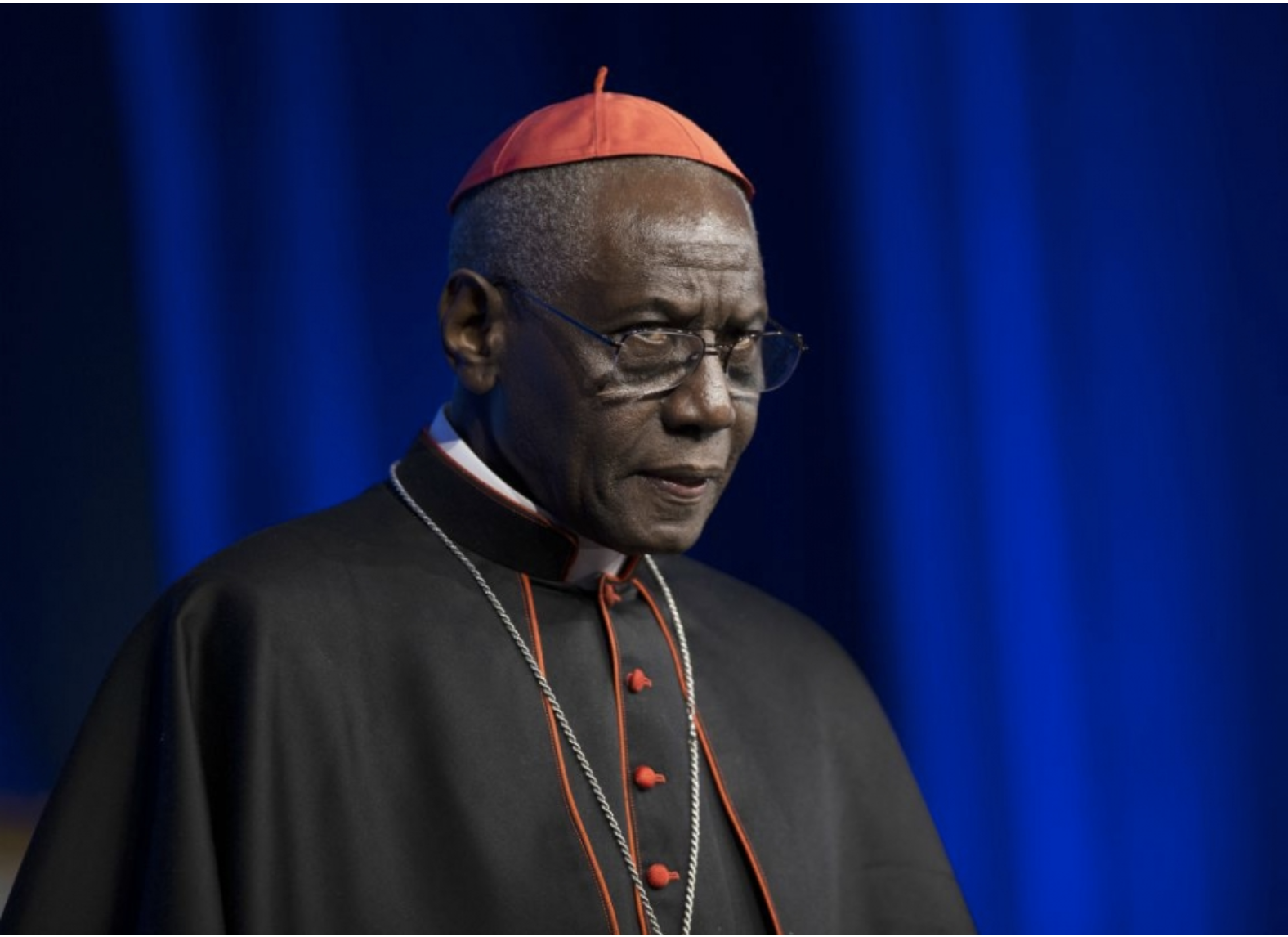 Sarah delivers message to students about identity, relaxation, and finding oneself in silence

On March 12, Cardinal Robert Sarah, Prefect of the Congregation for Divine Worship and the Discipline of the Sacraments, visited the University of St. Michael’s College.

That evening, Sarah gave a public lecture titled The Christian Life to a group of over 1,200 people in St. Michael’s Cathedral Basilica. Popular demand saw the free event, which was initially supposed to take place at St. Basil’s Church, moved to the larger venue.

It was Cardinal Sarah’s second trip to Canada. He arrived at the University of St. Michael’s College (USMC) with USMC Chancellor Cardinal Thomas Collins the morning of March 12. Sarah met with USMC President David Mulroney as well as a number of USMC staff and students. Prior to the public lecture, a number of students and faculty members attended a dinner with him before Vespers.

Cardinal Sarah was born in the small village of Ourous in the West African nation of Guinea. He grew up as the only child to Catholic parents who converted under the spiritual influence of the Holy Ghost Fathers. In his book God or Nothing: A Conversation on Faith with Nicolas Diat, Cardinal Sarah details his journey from his precious childhood as the son of farmers, to his time in minor seminary and later being ordained to the priesthood, to being appointed as Archbishop of Conakry at the age of 34. Throughout his life, Cardinal Sarah has remained a humble servant to God’s will, writing in his book, “In my life, God has done everything; for my part, I just wanted to pray.”

Central to Cardinal Sarah’s life is his deep love and devotion for God, and it is this centrality of faith that gave him courage in the face of the Marxist dictatorship that oppressed his people. Cardinal Sarah continued to use his voice to speak out against the injustice of the government and openly defied them by helping youth despite being carefully watched by those who wanted him imprisoned and executed.

In 2001, Pope John Paul II named him Secretary of the Congregation for the Evangelization of the Peoples. Nine years later, he was appointed president of the Pontifical Council Cor Unum, a council responsible for organizing relief efforts around the world.

From Archbishop of Conakry to Prefect of the Congregation for Divine Worship and the Discipline of the Sacraments, Cardinal Sarah has not stopped using his voice to speak words of truth and justice. In recent years, he has sparked controversy for his strong stances on sexual morality, the right to life, and liturgical reforms.

The lecture itself was delivered to over 1,200 people, which included those in attendance as well as those who livestreamed the event. It focused on the importance of silence in the cultivation of our identities, vocation, and dignity. “It is only when we turn away from the noise of the world and of our own hearts and turn to silence that we can truly come to know ourselves and God,” said Sarah. He warned also of the danger of constant exposure to news and distractions offered by social media. While there are many studies emerging warning us about the consequences of constant exposure to social media, Sarah’s warning was of a different nature. “Amidst this distraction we begin to lose ourselves,” he said. “It is only through the silence of our hearts that we find our calling and our identity, which remains eternally constant in God.”

He urged students to think differently about what it means to truly relax and unwind, and encouraged students to spend more time in silence rather than scrolling through social media in order to cultivate a true sense of identity and ultimately, of peace.

As Sarah finished his lecture and the cathedral erupted into applause, it became clear that this message was important not just for those attending, or even just for students, but rather one that needs to be heard throughout the world — a world heavily burdened by the dictatorship of noise, and that is in great need of the power and peace of silence.

Cardinal Sarah’s lecture can be found in full on the University of St. Michael’s College Facebook page (@uStMikes), where it was initially live streamed.