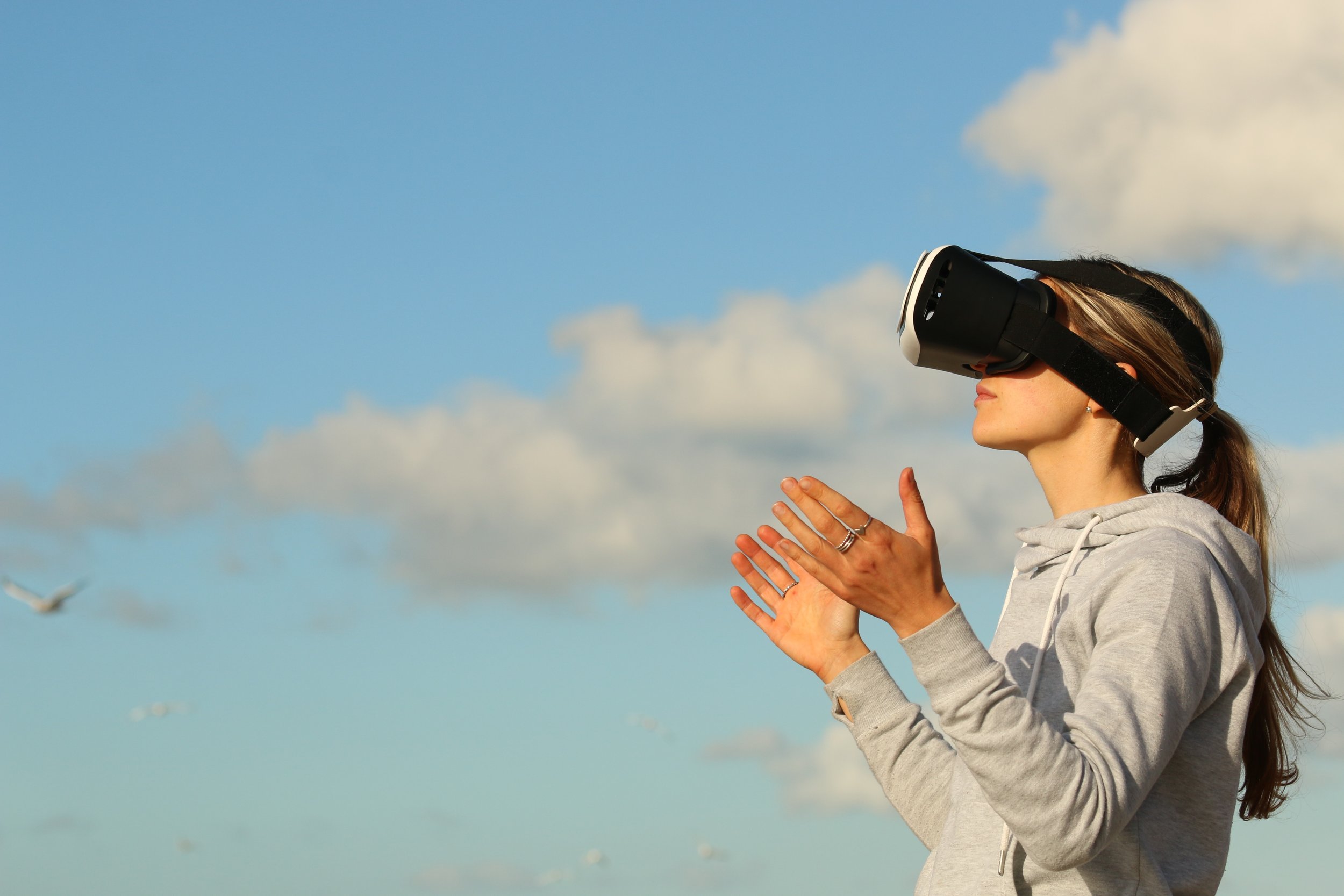 The development and applications of VR and AR technologies

Picture this: you come home, plug yourself into a virtual world through your wearable tech gear, and take control of your avatar in a virtual world. The avatar can be very different from you: an artificial person powered, in part, by artificial intelligence to the point that they behave just like a real person. What’s more is the avatar is actually autonomous. It learns your personality and then continues living in the virtual world, even when you leave the game and return to real life. Some of the artificially intelligent beings will have no human counterpart, and exist solely within the game world.

This idea is not that farfetched considering some of the developments already happening. In 2003, Linden Lab launched Second Life, a virtual world accessible over the internet. In the same year, Hanson Robotics began building robots that simulate human personality. Faceshift, for example, has been capturing the user’s facial expressions in real time and creating an animated avatar of the user. Medical Avatar and Anatoscope are two companies that create 3D digital avatars of people’s bodies for health-monitoring purposes.

Combine all of these existing technologies and you can see that what you envisioned at the beginning of this article could be realized in the near future. While we are still a long ways away from a Matrix-like virtual world, both the hardware and software of virtual reality (VR) and augmented reality (AR) are getting more attention today and both technologies are improving quickly.

One of the limitations of this technology today is that most VR and AR systems only simulate two of the senses: sight and hearing. Without the full five senses provided, the experiences will not feel completely real. The Void is currently the most advanced entertainment AR-provider that tackles these five senses to provide more immersive experiences. However, this is not yet available in typical work or home environments, as there is no practical way to store and transmit smell, taste, and touch stimulants. There is research being done about this, such as at the Mixed Reality Lab in Singapore. They are developing techniques that would enable people to broadcast smell, taste, and touch over the internet.

VR, like any other technology, can be applied in fields outside of recreation, including journalism, education, marketing, simulation for makeup or clothes, augmented job performance, visual aid for surgeries, and more. However, what will drive VR to become a ubiquitous commodity is through high-quality entertainment. The entertainment field has created the first mass market for virtual reality, and has driven mass adoption of the technology. In fact, any entertainment-related companies that do not adopt these new forms of technology in artificial intelligence with VR and AR are likely to be replaced by others. Competition then will drive further improvements to the development and popularization of the application of VR and AR applications in other fields.

The implications and consequences of further developing this technology raise interesting questions. In existing VR games, we have created avatars that are built based on our behaviours. This means that the final character will reflect a lot of things we do subconsciously, instead of mimetically representing our own rational images of ourselves.

We may not know for sure what happens after we die, but we know what will happen to our avatars. Embodying ourselves, they will continue living forever in the artificial world. In fact, they can live in many. Anybody could potentially download your avatar in his or her own world. They will then be more that “alive”: they will multiply in their image of their creator, and each avatar may evolve into a different person in each virtual world. In fact, as 3D printing and similar technologies are becoming cheaper, it will become possible to create a physical body of your avatar as a hologram or even a robot.

The rise of VR and AR technology will allow us to conduct important sociological and psychological experiments by creating artificial worlds with varying factors, and may even have a little fun playing Second Life. It will also be a critical tool in understanding and observing the human mind.