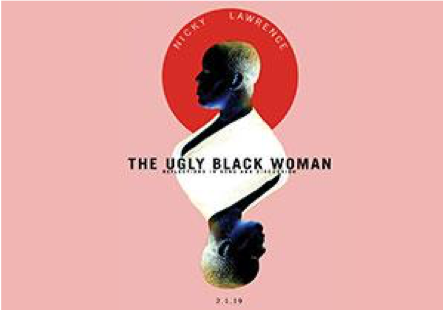 The walls of the Great Hall trembled as her voice broke the anticipatory silence. Her singing embodied the voices of a thousand black women joined in unison, celebrating the won battle of a long-lived war. With this bittersweet lament, Canadian artist Nicky Lawrence commenced her act titled “The Ugly Black Woman: Reflections in Song and Discussion” that took place in Hart House on Friday, February 1.

“The Ugly Black Woman” was a one-night performance that combined the angelic voice of Nicky Lawrence and the agile guitar-playing of the award-winning musician and multi-instrumentalist Justin Abedin. This was followed by an insightful conversation between Lawrence and Toronto-based writer A. Harmony about current stigmas against people of colour and the sources of inspiration for Lawrence’s new album, The Ugly Black Woman, which will be released in June 2019.

The artists showcased a breathtaking display of jazz and blues, featuring the eminent works of Dinah Washington, Nina Simone, and Lawrence’s original material. In between each song, Lawrence recounted a vignette. Through these small acts, the singer narrated the stories of brave black women who suffered from the abuse, marginalization, and violence of the racist culture. They were victims of a discriminatory mindset — one that put black women in freak shows, exposed their sexual organs, as well as dragged them into slavery, taking their life from their own hands. These are some of the atrocities committed by the same bigotry that still oversexualizes the beauty of colored women, thus belittling their intrinsic value. Lawrence sings to honour those who could not speak up for themselves. She is inspired to venerate those females that defied society’s racist norms so that she could live the life she wants to live, enter whatever place she wants to enter, and sit wherever she wants to sit.

Lawrence emphasized the existing parallels within the not-so-distant stories of Viola Desmond, Eleanor Collins, as well as other figures, and the current prejudices against black people. Her performance, as well as her new single, titled “The Ugly Black Woman,” reflected on what she has observed and experienced from society’s two-faced opinion of black women. The name of her work aims to unveil the cynical perception of black females, a retrograde behaviour that sees and treats them as meaningless objects. Lawrence exposed the condition in which many coloured women live, perceived as nothing but a sex tool to men. “(He)’d go down on you, but (he)’d never take you home,” she commented, exemplifying the rejection of a black woman as a romantic partner. As Lawrence stood in front of her audience, she stood for the often unappreciated beauty of coloured women. “One day,” she lamented, “perhaps in a hundred years from now, the word ‘ugly’ will be removed from the title.”

A moving scene. An exhilarating song of protest. The fight for a seemingly never-ending war. All of this took place in Hart House on the first day of Black History Month.