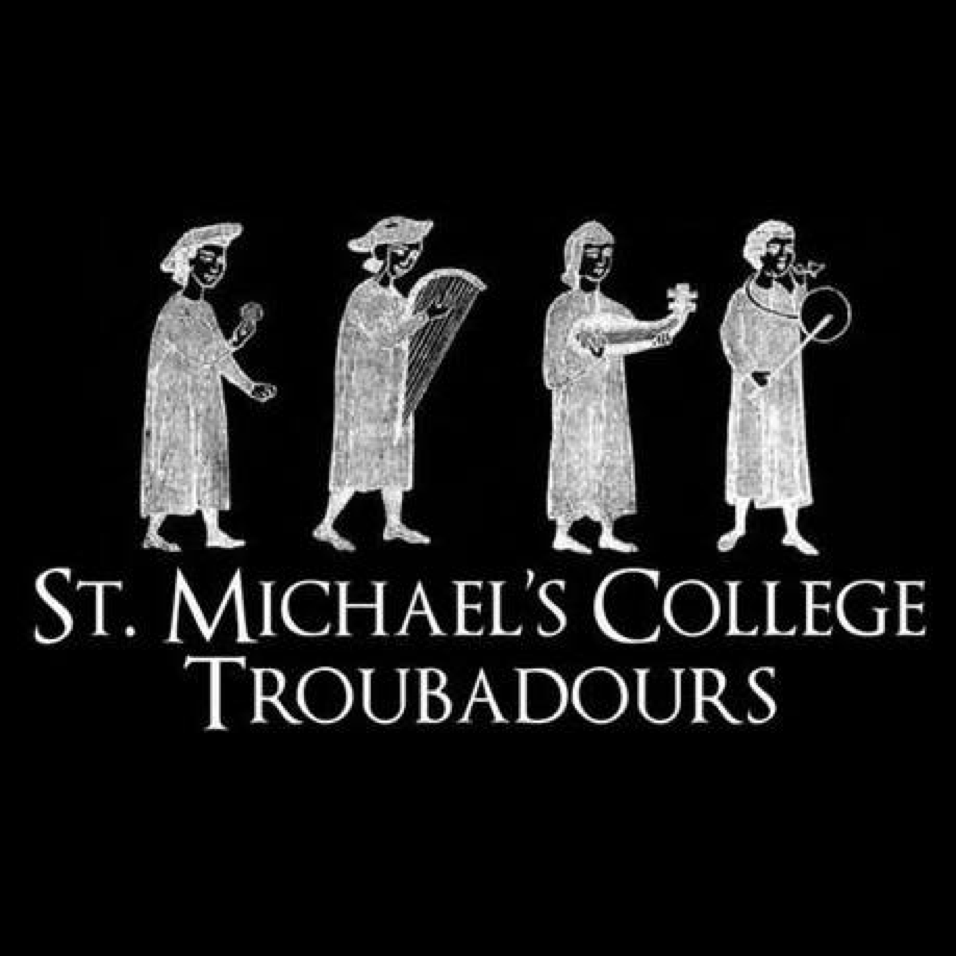 The St. Mike’s Troubadours present two original plays at the U of T Drama Festival

The St. Mike’s Troubadours,  the University of St. Michael’s College theatre troupe, have proven themselves an essential part of the University of Toronto (U of T) drama landscape with their two original contributions to the 2019 U of T Drama Festival at Hart House. Lucky for those of you who weren’t fortunate enough to catch the performances, we did — here’s what St. Mike’s has to offer to the drama world.

On Friday, February 8, the SMC Troubadours performed Statistics, a feel-good play about science, feminism, and the crushing nihilism of medical school applications. Under the brilliant musical direction of Shreya Jha, Statistics offers numbers with well-crafted instrumental emotionality along with unique rap-style jams about the agonies of a pre-med lifestyle. One song is framed as a Buzzfeed-style checklist of how to know you’re a pre-med student — if you’ve done any of the following, you probably are: muted the Facebook group chat after the exam because everyone is posting about the answers and it’s too stressful, clumsily fumbled with your thumbs during a mid-term trying to use the right-hand rule, or spilled hydrochloric acid during a lab and making everyone stay late (to name a few). As a former life science student, I appreciated how relatable the lyrics were.

Suffice to say, this play is quintessentially U of T — the self-deprecating humour and hyper-active student culture are things every U of T student can relate to. Statistics’ dialogue reflects the strange liminal space between adoring and despising school that only U of T students understand. The play follows Rose, a fourth-year life science student grappling with med school applications and personal angst, and is framed around the story of Rosalind Franklin’s battle against misogyny and ignorance. We watch in horror as the scientist painstakingly analyzes X-ray crystallography photographs to prove that DNA is a double helix, yet receives minimal credit for her endeavours. Franklin’s post-mortem successes inspire Rose, who writes her med school application essay on Franklin’s determination, genius, and feminism, using some impressive statistical lingo in the process. Statistics reminds the overworked U of T student not to fall into the trap of reifying academic success as real-life success.

The university’s Drama Festival concluded in the late hours of Saturday ,February 9, with the SMC Troubadours performing the second of the night’s three pieces, Lone Island Lovers.

Lone Island Lovers is an allegorical play in the spirit of Everyman. The central figure is Lady (Frosina Pejcinovska), who occupies a strange coastal world in which every individual is trapped on their island, able to establish interpersonal connections only by building peninsulas out of the finite resources of one’s personal sandbar. Lady is surrounded by allegorical supporting cast members that are literally named after the supportive roles they occupy in her life: the Mom, the Best Friend, the Ex, and Lady’s current Guy. Despite the static set, which barely changes during the one-act performance, lighting designer Jacob Kay uses strobe lights to great success to suggest the passage of time.

Over the course of the play, Lady expresses herself in a blunt and mournful tone that distantly recalls Anne Shirley, but the precise nature of Lady’s harrowing experience of puberty is unclear. Playwright Mick Robertson uses the motif of the Mom’s stolen and desecrated crown to allude to a generational pattern of sexual violence, which also manifests offstage as a macabre zombie ballet, but this imagery remains haunting because of the oblique and broad nature of the allegorical story. While Lone Island Lovers contains some typical problems of non-representational student drama — precocious dialogue and rocky transitions between realism and surrealism — the actors are generally charming and the blocking is confident. I can only agree with the conclusion of Autumn Winters, the festival’s adjudicator: this play deserves further opportunities to grow.