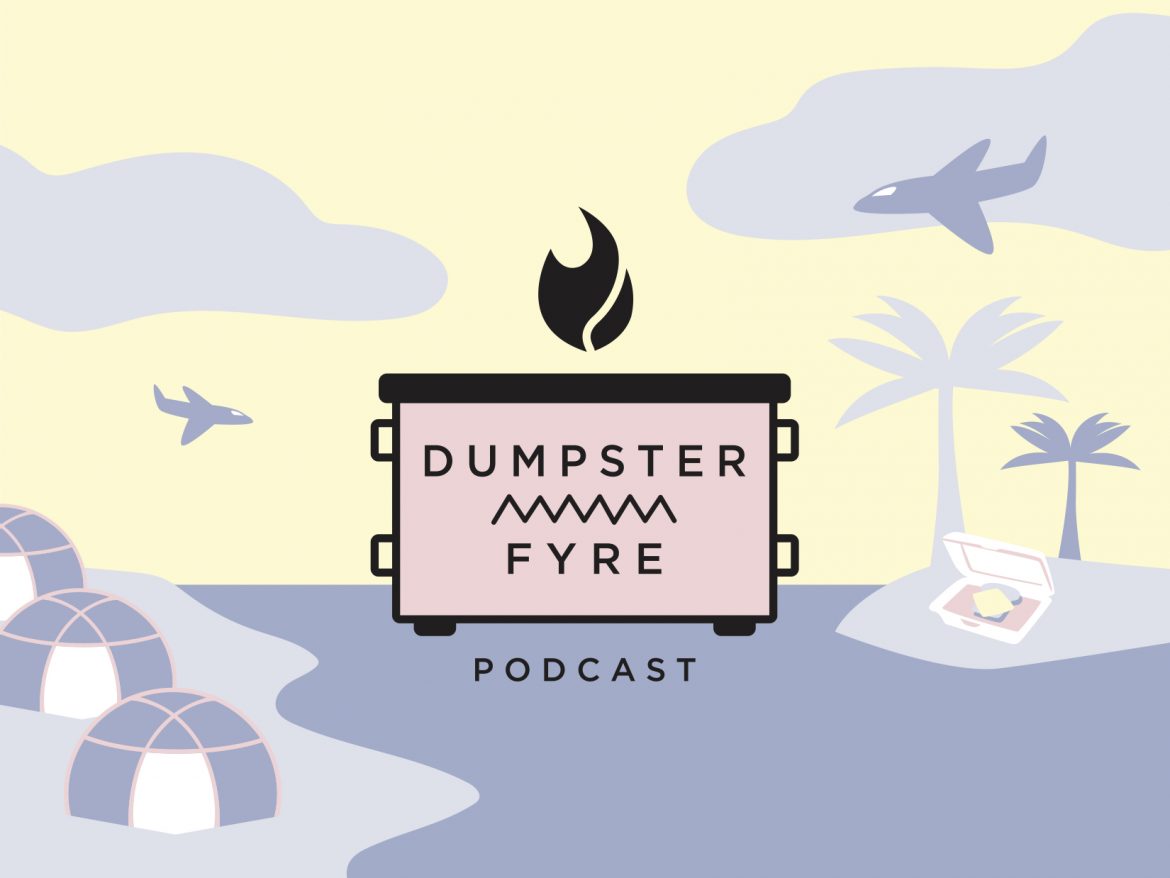 How a podcast gives insight into the most infamous music festival

Billy McFarland, the founder of the infamous Fyre Festival, has decided to put his time in prison to use in the form of a podcast. Dumpster Fyre, released weekly, is an exploration of what went down behind the scenes of this unfortunate footnote in entertainment history. A cast of celebrity hosts interviews McFarland, who calls in from the correctional facility where he serves his six-year sentence.

For the uninitiated, Fyre was a “musical festival” in 2017 noted for its massive social media promo campaign in 2017. The festival promised a transcendent experience on a lush private island in the Bahamas. Instead of the luxury villas and gourmet food spreads shown in the expensive ads, the actual event comprised of ramshackle tents and sandwich packages in a rain-soaked parking lot, a location they were only permitted to use by the Bahamian government after the owners of the island they initially wanted kicked them out (for falsely marketing the place as Pablo Escobar’s lair). “It was never supposed to be about expensive ticket packages or promises of top food and glamorous accommodations,” says a remorseful McFarland to host Jordan Harbinger. “It was about this desire I had to share this island paradise that I stumbled upon, and all the magic that was happening on this island, and I was just desperate to share this with as many people as I could.”

Although McFarland is insistent that he was no scamster trying to swindle innocents of money, it’s easy to be skeptical. With the popularity of Coachella, Bonnaroo, Lollapalooza, the festival circuit was booming. McFarland could have easily wanted a piece of this trendy, lucrative pie, much like how he’s now hopping on the millennial version of the “let’s start a band” trend- “let’s start a podcast”.

Harbinger starts with “Why should we listen to you now? A lot of people think you’re never going to be done lying.” “I think I’m at a place now where I’m not going to hide behind my mistakes,” McFarland says, sounding earnest. “I’ve never really spoken and now is finally the time to say I was completely guilty.”

But Harbinger interviews with all the skill of a student who flipped through the textbook on their way to class in preparation for a test. He repeats phrases like “a lot of people are saying” or “the documentary shows” to relieve himself of any accountability. There is no real structure to the episode, most of which is McFarland lamenting about how sorry he is, how he now only wants to help the people he hurt, and how he was a well-intentioned creative who just got in over his head. So intent is he on proving that he’s a changed man that he says “People trusted me, and I violated that trust” at least fifty times in the span of forty minutes. The meandering line of questioning briefly touches topics at random, from the role of McFarland’s investors and partners, to how native Bahamians hired to work the event were left in the lurch by his management. With half-baked answers that don’t go beyond “I’m so sorry”, one gets next to no new information on the topic.

To his credit, McFarland is not coy about his god-awful business decisions (he did plead guilty to two counts of fraud)- “I lied about how much money was needed, or how much we were going to make to get the money I thought we needed.” Nor does he play the blame game. For instance, when asked about his partner Ja Rule, who has claimed part in the debacle and since thrown McFarland under the bus, the trademark absence of detail is accompanied by the disclaimer “Ultimately, the buck stopped with me.”