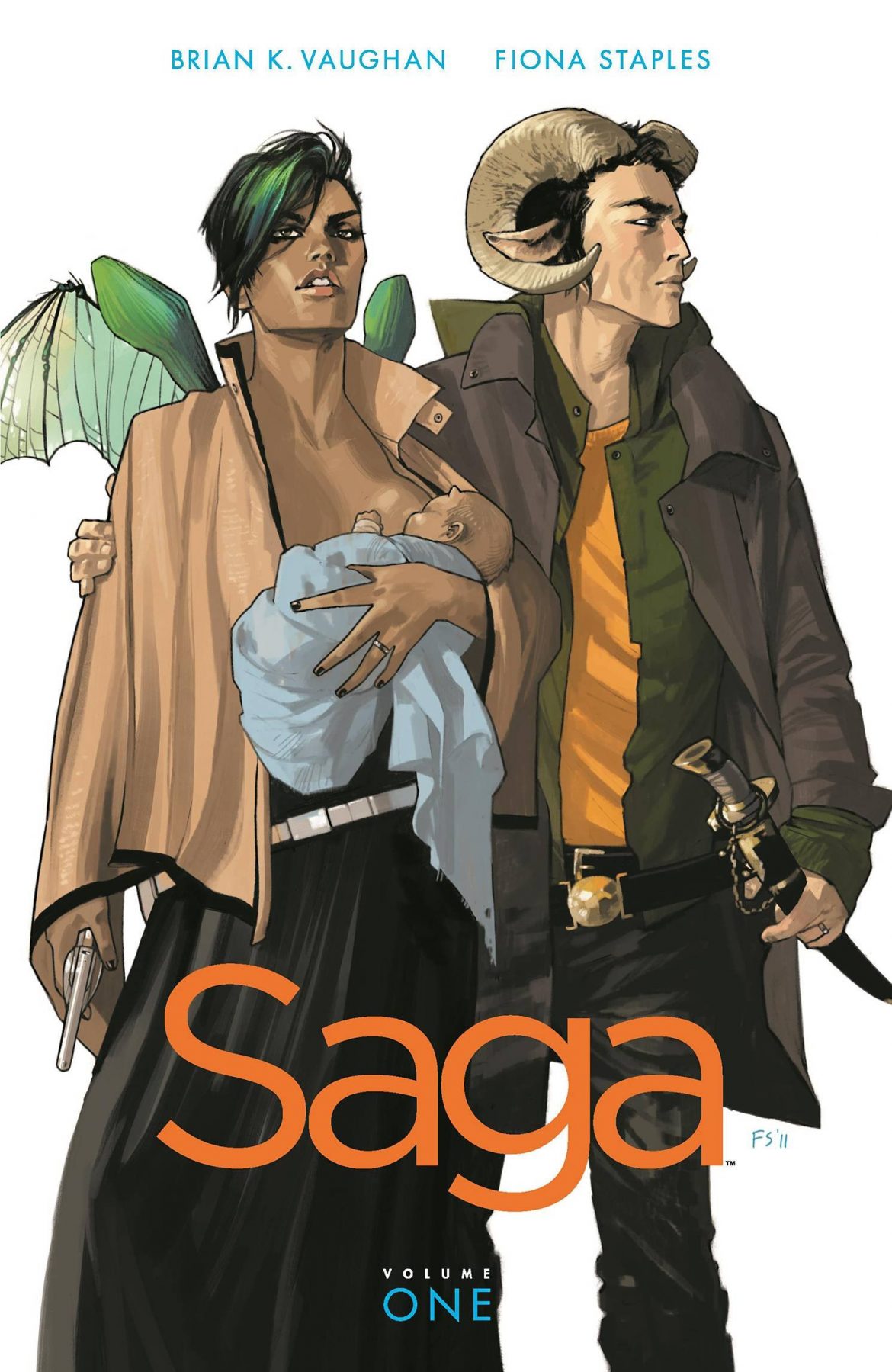 As we head into a long, dark winter, there’s no better time to immerse yourself in a world that’s both brighter and grimmer than our own. Saga, a graphic novel series, by Brian K. Vaughan is a fantastically crafted, science fantasy drama telling the story of a family’s struggle to survive amidst a galactic war.

True to its title, Saga is a layered deconstruction of war, prejudice, and violence told through the lives (and deaths) of characters as diverse as many planets and stars they travel to. This diversity is not only relegated to alien species, Saga also makes an admirable attempt at normalizing the inclusion LGBTQ+ and BIPOC characters. For the LGBTQ+  characters especially, Vaughan takes the time to develop their identities beyond tokenism without erasing the importance of gender identity and sexuality.

In fact, Saga does this for all of its characters. Most characters exist in the grey area between good and evil: good characters make bad decisions, bad characters become sympathetic, and everyone, regardless of morality, is caught in the web of a pointless, never-ending conflict.

That being said, don’t get too attached. Characters are killed off in practically every issue. Some die pages after an idyllic scene where everyone is finally getting along. Others are the unexpected collateral damage of a thrilling fight scene.

All of this is masterfully illustrated by Fiona Staples. Each panel is bursting with color and detail, so that you are continuously surprised and enthralled by Staples and Vaughan’s creativity. But perhaps the best scenes are those shrouded in darkness. Without giving too much away, one of the most sobering moments of the series ends with page upon page of total blackness. That was the moment that I knew that Saga was not backing down in its challenges to convention, both thematically and artistically.

For those still mourning the lacklustre conclusion to Game of Thrones, Saga is the perfect series to tide you over in between Mandalorian episodes. Marketed as “Star Wars meets Game of Thrones”, Saga is just that and so much more. But be warned, this series is highly addictive, and once you catch up you’re in for a bit of a wait: the series is currently on hiatus. Still, once Vaughn and Staples return, I expect Saga will continue and take its ability to beguile to new heights.