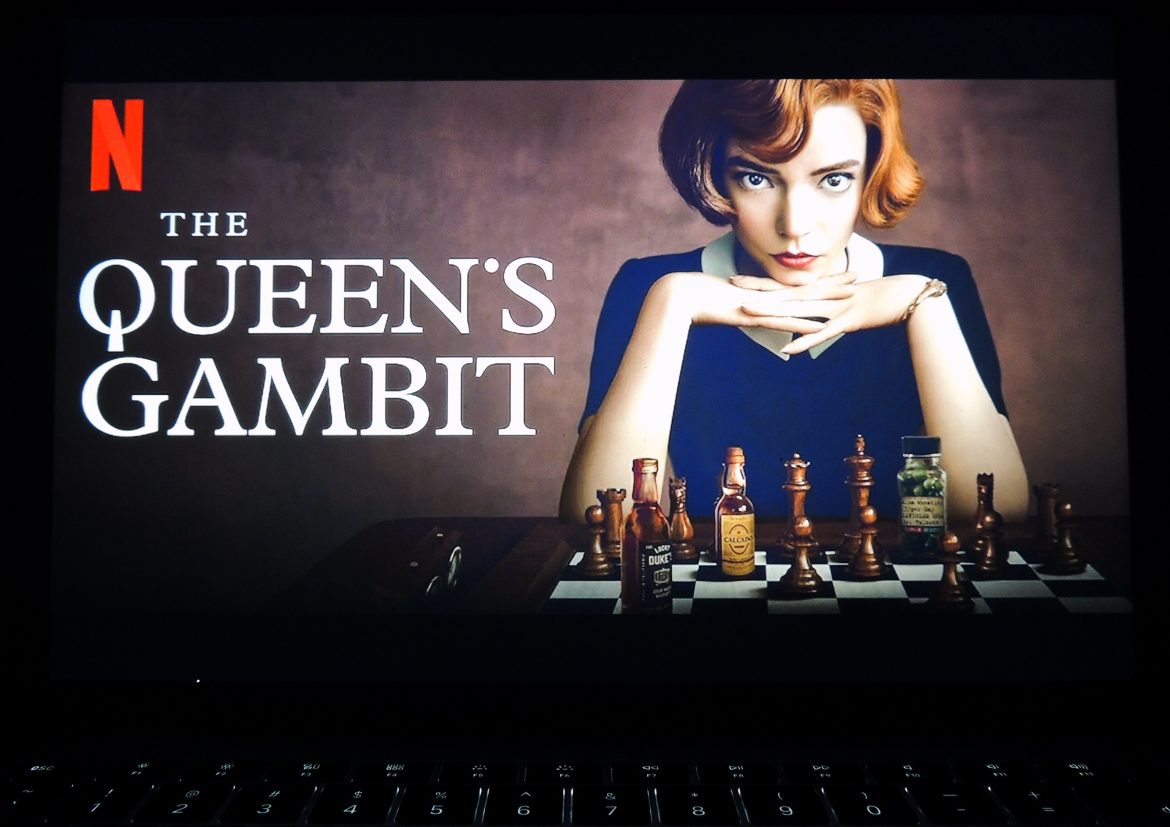 This reading week I watched a Netflix original series that I was highly anticipating. The Queen’s Gambit was adapted from a book of the same name and is directed by Scott Frank who wrote screenplays for various blockbusters such as Logan and Minority Report. The series stars Anya-Taylor Joy whom you may know from Split, Emma, and The Witch. I can say however, that her performance as chess prodigy Beth Harmon is her best performance yet! The Queen’s Gambit follows Beth from her childhood as an orphan to adulthood traveling the world in chess competitions. Along the way she grapples with addiction, alcoholism, and most menacingly of all, the Russians during the Cold War era. Probably the most impressive aspect throughout the whole series are the costumes and set design.

As the plot moves seamlessly through decades of events and skips back in time through flashbacks you immediately understand what era the scene is in and what the characters must be dealing with at this time. The way they show Beth growing up alone is impressive: Scott Frank uses a younger actor (Isla Johnston) for her Beth’s earlier years. However, Anya Taylor Joy picks up the rest of the show becoming progressively more mature and in command of her life and personality as communicated for the most part by costuming. The combination of set design and editing makes the series not as bloated as it could have been, making all episodes compact with no fluff. The costumes and design of the series plays a big part in the viewer’s immersion. It gets you addicted almost instantly! Not to mention, everything looks gorgeous and is really well done on the directors’ part.

There is nothing much to not like about The Queen’s Gambit. All the characters are well acted and expressive. The series is rather quick being 7 episodes each around an hour a piece (I got through it in around two days). The chess scenes remain thrilling even if you do not know a thing about the game. Impressively, the chess games are real thought out matches that were put together by hired chess consultants, making everything feel authentic and engaging. The series really expresses enthusiastically the game of chess. The portrayal of chess is interesting and can be easily consumed by viewers of all kinds and may even make you consider taking up chess yourself!

The series takes on many genres as well, being a coming-of-age drama, a period piece and not to spoil anything but has a hint of fantasy. The inclusion of Cold War politics during the last few episodes added another layer of plot to Beth’s story that was interesting in a historical sense. From beginning to end it is a really fun story comparable to a fairy tale, teaches lessons of friendship, determination, and self-care. I definitely recommend The Queens Gambit! it is a great use of your free time amidst the busy exam schedule.