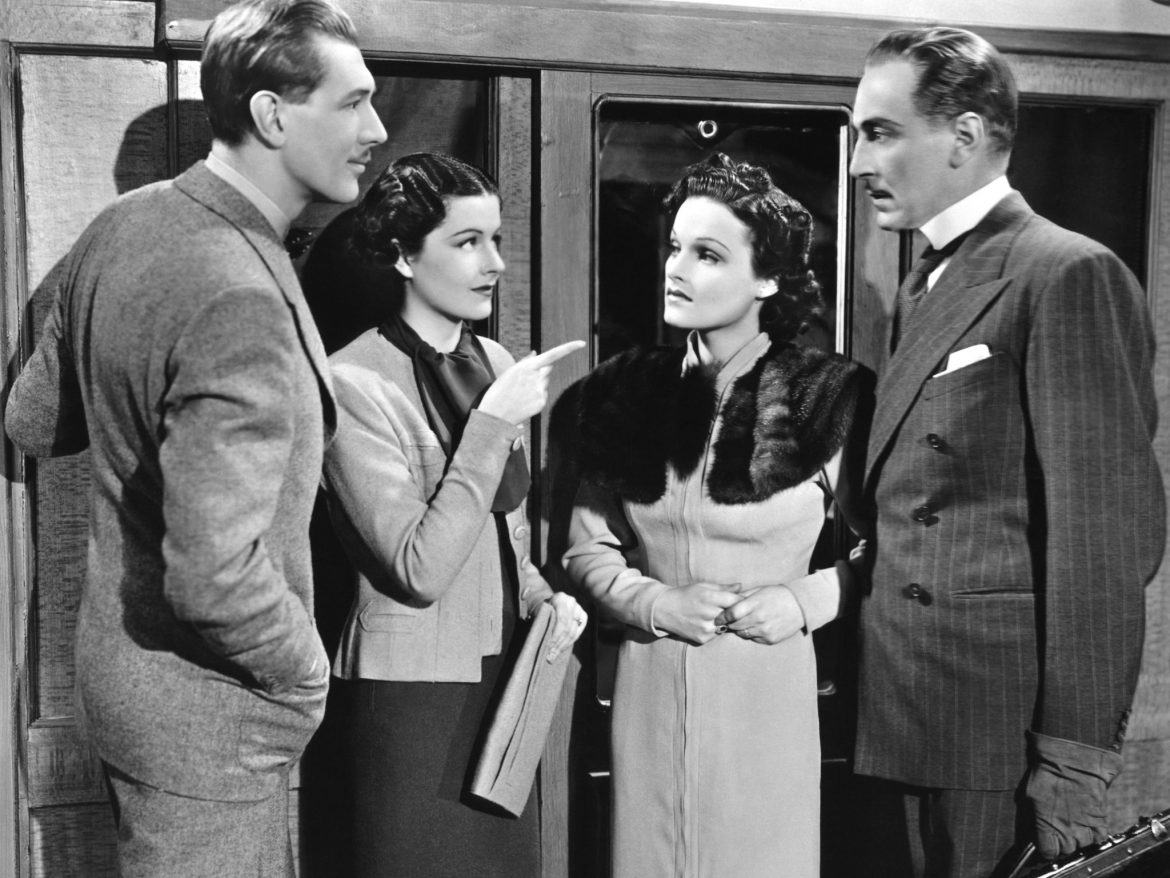 If conventional attitudes are any guide, we attend university not to sharpen our minds and learn from those who came before us, but to challenge the ideas we have held dear since childhood and chart our own courses. Some might describe it as finding or discovering ourselves.

Conservative is another good word, although I won’t use it here because of its political connotations. In any case, I mean to describe something that extends far beyond the political sphere.

I describe myself as old-fashioned—and, if it isn’t clear enough, I think of this as a good thing. To provide a glimpse into a few of the old-fashioned aspects of my worldview:

I try to stand up straight.

I make my bed before going about my day.

I attend church on Sundays.

I take notes by hand when I am in class, and I’m not particularly interested in involving my laptop in that process. Further, I write in cursive; I’m not comfortable writing in print.

I use Safari as my standard internet browser, not Google Chrome. Who knows—I might be tempted to use Internet Explorer if it still existed.

Moreover, even though school has taken place largely online over the past two years, I have never attended class from bed. I have no plans to do that. For the most part, the camera stays on as well. The in-person equivalent? I would not show up to class in pajamas, even if it was wear-your-pajamas-to-class day.

On that note, as anyone who has seen me on campus—often around St. Mike’s—could attest, my sense of style is quite old-fashioned. My concept of casual dressing is what most would call business casual: a sport jacket, a shirt with buttons, dress pants or similar kinds of slacks, and maybe a cardigan if it’s cold. If someone tells me to dress up, I will assume until further notice that I am to wear a suit, complete with tie. I rarely wear jeans. I don’t believe I own a single pair of sweatpants.

Additionally, I take pains to know the rules of English grammar and follow them—even if those rules might seem unnecessary. As much as possible, for instance, I avoid the use of split infinitives. When I read something like the phrase, “to really do,” where there is an adverb “splitting” the infinitive verb, it’s as though someone has sounded an air horn at me while I’m sleeping. The same goes for comma splices. In a text message or a brief email, this is one thing. In a formal piece of writing or an official document, it is another entirely: separating successive independent clauses with a comma alone is not acceptable. Neglecting to use an Oxford comma in a list is likewise unfortunate. And as for text-speak: if I am unfamiliar with a particular abbreviation—which is often—I will likely search the Internet to determine its meaning.

About modern music: though not entirely, I am largely ignorant of popular culture. I could not name today’s most popular music artists unless they were already popular ten years ago. One of my favorite pieces of music at the moment: Bach’s Mass in B Minor, which is from the 1740s. When I hear the term, “modern music,” I usually think of 1950s–1980s pop music, which I like, and I know little from more recent years.

These are a mere few examples of what I think makes me old-fashioned. The list could go on for pages. I won’t judge someone for choosing not to do the same, but I do think it’s worth giving these habits a shot.

This is, of course, what I think, but what about others at St. Mike’s? At least one student shares similar thoughts. Jonas Cardenas, a second-year student at the University of St. Michael’s College (USMC), told me that while he doesn’t consider himself exceptionally old-fashioned, he does think that “people should give the idea of being old-fashioned a chance.” Mr. Cardenas noted, however, that the idea of being old-fashioned has its downsides. In particular, some feel “repulsion” when they think of the idea, and in some sense, “the notion seems elitist.” Still, he said that being old-fashioned is “admirable” because it holds us to a “sublime ideal” of sorts.

There you have it: students at USMC aren’t entirely opposed to the concept of being old-fashioned. I’d find it difficult to believe that there aren’t more students with favourable views.

For those concerned with appearing elitist when acting in an old-fashioned way, it might be good to know that being old-fashioned is not just for appearances’ sake. For instance, my insistence on proper grammar and syntax has meant that I am confident when speaking to people. Over the years, some have described me as articulate, precise, and well-spoken, and I rarely feel nervous when talking to those older than me. I’m not inclined to believe that this is innate. Since I was young, I’ve simply practiced in a variety of ways: by watching movies with real, complex dialog, by talking primarily to adults even as a five-year-old, and by participating in competitive debates throughout high school.

Final thoughts. Numerous examples illustrate the connection between students (and young people in general) and the trendy, usually opposed to the old-fashioned. There’s nothing unusual there: students create and follow trends. In the 1960s, students were hippies—trendy. In the same time period, students at UC Berkeley demanded free speech on their campus, specifically so that they could engage in political activities like communicating opposition to the Vietnam War—trendy, for the time. Today, young people are usually the first to know about new social media initiatives—again, trendy.

Maybe now is a time for a new trend: one toward the old-fashioned. Students could spearhead that trend. After all, it’s in our very essence as students: we’re trendsetters. Why not give it a try? I say go for it.