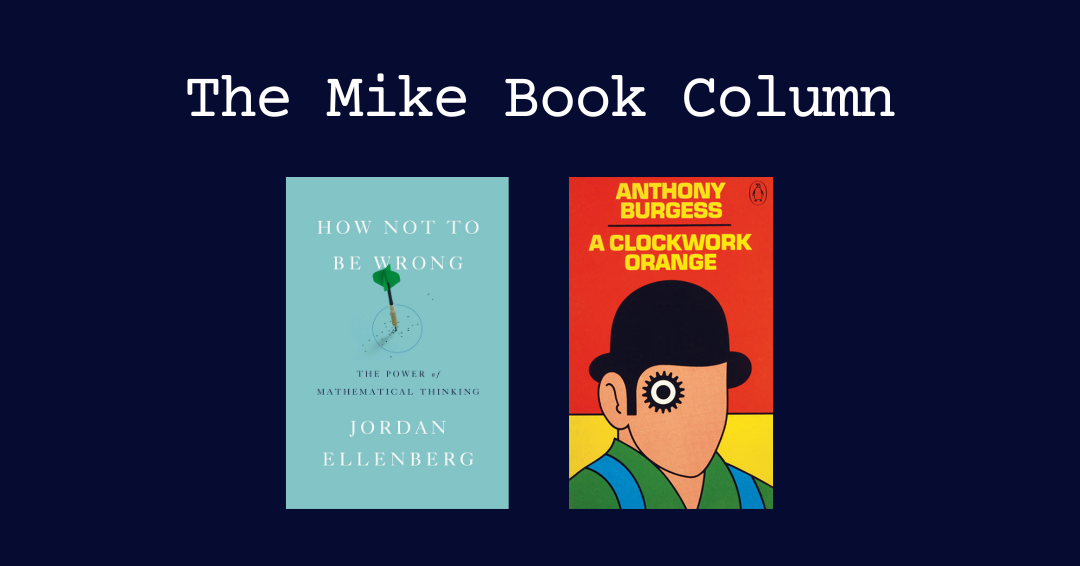 How Not to be Wrong – by Jordan Ellenberg

My first thought when I picked up Jordan Ellenberg’s How Not to be Wrong in a Boston bookstore was, “this sounds a little bit presumptuous, but I’m intrigued.” A couple of weeks later, I put the book down for the last time, triumphantly setting my bookmark on its back cover as I usually do when I finish a somewhat lengthy book. I was not, however, glad to be done. How Not to be Wrong was insightful, and fun to read, it also featured a lot of good jokes and graphs that were hilariously malformed.

I don’t think the notion of a spoiler is generally applicable to books about mathematics so I’m going to present my biggest takeaway in the hopes that it encourages you to read the rest.

We need more math majors. We need more math majors that teach grade school, that run businesses and organize the countries and cities we live in. Math is not repeated computations. It’s not erasing your graph because you had the scale all wrong, or erasing a whole page of work because you accidentally flipped a minus sign on line 2. Mathematics is a framework for thinking about the world that shapes decisions about everything from playing the lottery to protecting planes from bad guys. Math is interesting and applicable and it can even be a lot of fun.

This message has been brought to you by a math major.

A Clockwork Orange – by Anthony Burgess

Content warning: violence and assault are prevalent themes of this novel, and are discussed in this review. Please read at your own discretion.

This is a novel that stands completely on its own. What I mean by this is that it’s a truly unique experience. Burgess writes a novel that is completely devoid of any filler, getting right into the action, literally. The novel’s creative use of Russian for its slang is so inventive, and results in the reader being more immersed in this dystopian, sick world the author has created.

The book is very violent, by design. It describes murder and horrible assault quite graphically. And one can argue, fairly, that the book glorifies violence. This is a popular argument with the Kubrick film. I would agree that the book is violent. However, I think it is all redeemed in literally the last chapter. Still, I completely understand someone being turned off anyways, especially because of the chapters in the beginning. The last chapter for me though, without spoiling anything, is such a surprising yet calm ending. We see a real character arc, and the book ironically leaves us with such a stillness, completely contrary to how the book began. The ending also left me with many questions to ponder. Questions about growing up and the wisdom that comes with aging.

Is wisdom something that just comes with age? Would it be wrong to get a kid to act according to all the wisdom you’ve learned as a result of living your life? Should you just let them find it out completely on their own? At what point do rearing and guidance become coercion and compulsion? At what point is a ripe, lively orange distorted into a cold, clockwork one?

In my opinion, this book is a very fun read. Again, just be mindful of its themes, and know that the book actually has a good message at the end. Do svidaniya!