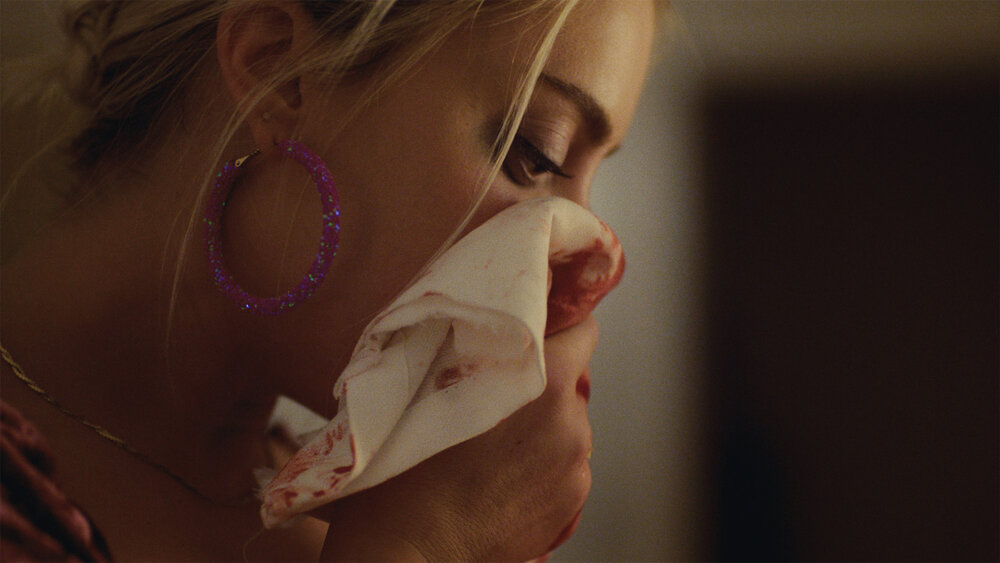 From unexpected surprises to vulnerability, nothing makes a better horror story than a first date

With Valentine’s Day coming up, it’s easy to feel the pressure to be in a relationship, but finding a significant other isn’t easy.  From discovering other people’s quirks to being insecure about your own, first dates can easily turn into an anxious, tense disaster.  In his short film Softcore, director Kristoffer Borgli really plays up the awkwardness of first dates.  In the short, an unnamed pair of hopeful lovers go to the woman’s apartment following a dinner date.  The woman pours two glasses of wine and keeps talking about her favourite band.  Even though the man continuously asks to hear their album, the woman refuses to play it, too afraid of being judged.

While the story mimics the all too familiar reality of an anxious first date, Softcore really begins to shine when the horror elements kick in.  As the man waits for the woman to pour the drinks, the camera cuts to quirky decorations as if in a horror movie.  When he leaves because the date is just too awkward, the woman slams a book into her face in frustration, resulting in a gruesome nosebleed that makes the kitchen look like a butcher shop.  But to top it all off, the would-be couple continuously argues about whether or not to play the album, building a tense feeling of “why won’t they just play the music” all throughout the short.  Watching Softcore is almost as aggravating as being on a bad first date – you signed up hoping for a cute love story, but instead, you’ve jumped into a realm of dysfunction.

Still, like all memorable first dates, Softcore has a twist.  At the end of the short, the woman presses play on Spotify. Viewers can finally hear the album that the film spent 10 minutes quietly building up to, right? Well, not exactly.  Before the music can begin, there’s a quick terrifying shot and the screen cuts to black, with the words “SOFTCORE UNTD. DEBUT ALBUM OUT MARCH 27” appearing underneath.  Given the relatively high quality of the short, as well as the way in which Borgli interweaves horror elements and the relatability of first-date terror, the fact that Softcore is actually an album promotion feels like a genius marketing decision.

Fortunately, Softcore untd.’s album, titled Bygger Opp, River Ned, is nowhere as near as tense as Softcore.  Instead, it’s an experimental, dreamlike, mix of synth-pop, hip hop, and electronic music.  The songs themselves don’t necessarily fall under a particular mix of genres either – they switch from one combination to another as though moving through water.  While the transitions in some songs miss the mark, such as Bare Frys’ transition from instrumental to vocals halfway through, others, like Mye Mere work really well and will definitely be on my playlist for a while (I’ll just be sure not to mention them on dates).  Even though not every song works perfectly, Softcore and Bygger Opp, River Ned make it clear that Softcore untd. isn’t afraid to take creative risks, a strategy that definitely pays off.