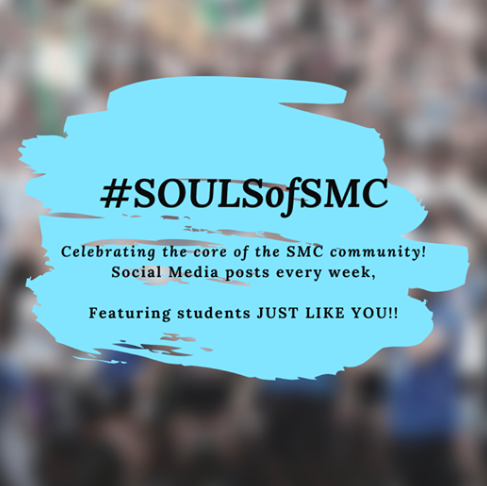 Students at the University of St. Michael’s College (USMC) have recently put together a new social media campaign under the hashtag #SOULSofSMC to showcase diversity, leadership, and community among students studying at St. Mike’s. Recently, The Mike interviewed USMC second-year student Abigail Iyekekpolor who first initiated this campaign.

When asked what exactly this campaign is, Iyekekpolor told The Mike that, “#SOULSofSMC is a social media campaign carried out through St. Mike’s Student Life. I would say the aim of the campaign is to demonstrate the exemplary diverse group of student leaders present at St. Mike’s.”

Iyekekpolor continued stating, “Through this campaign we want to celebrate the contributions that they have made to the community and hopefully encourage other students who may be hesitant for any reason to get involved themselves. We hope that by seeing students that they can relate to in terms of culture, values, academics, or interests, these students will see that they also have the capacity to find a place at St. Mike’s.”

In building this campaign, Iyekekpolor told The Mike, “I have been working as the Student Life Programming Assistant under the Student Life Associate, Emma Graham. Last semester, Emma and I had been discussing possible ideas for how to create more content featuring members of the St. Mike’s community. When discussing possible events that we could conduct during the winter semester, I suggested creating some kind of social media campaign during the month of February to celebrate Black History Month.”

While this social media campaign was initially launched by Iyekekpolor to celebrate Black History Month, she stated, “After some more deliberation and work, [it was] realized that this was a worthwhile campaign to continue, celebrating all members of our community. Originally we wanted to call it Humans of SMC, something akin to the very popular photo-blog Humans of New York, but we decided to put our own spin on the title and thus #SOULSofSMC was born.”

When asked why the social media campaign was started, Iyekekpolor stated, “The St. Mike’s community caters to so many different people from all corners of the world. I know personally I have had the pleasure of making friends from so many different places and it astounds me how different our experiences have been, yet how well we are able to collaborate with each other and live in community at SMC. Through the #SOULSofSMC campaign, we want to acknowledge the beauty of the diverse community at St. Mike’s.”

Iyekekpolor maintained that #SOULSofSMC represents community, diversity, and representation among student leaders at St. Mike’s. “By featuring students in the campaign, we show them that their community appreciates them and their contributions,” she told The Mike.

Iyekekpolor further stated, “This campaign also demonstrates the diversity present at St. Mike’s. Finally, I think it’s always important to acknowledge the impact of representation. For students, having someone who they can relate to because of shared culture, interests, or struggles is incredibly empowering. It fosters the idea that, if these student leaders to whom they can relate are finding ways to be involved in the community, they can find their own place in the community as well.”

When asked about the experience of being featured on #SOULSofSMC, Komguem stated, “Being involved in the St. Mike’s community has helped me restore a work-life balance within my education at [the University of Toronto].”

Komguem went on to tell The Mike that the campaign “is important because it really helped me reflect on the positive experiences that I’ve had at St. Michael’s College and how my involvement in the St. Mike’s community has really helped me get through university. I was able to meet a lot of really cool people and build a supportive community in order to help me through the struggles of school.”