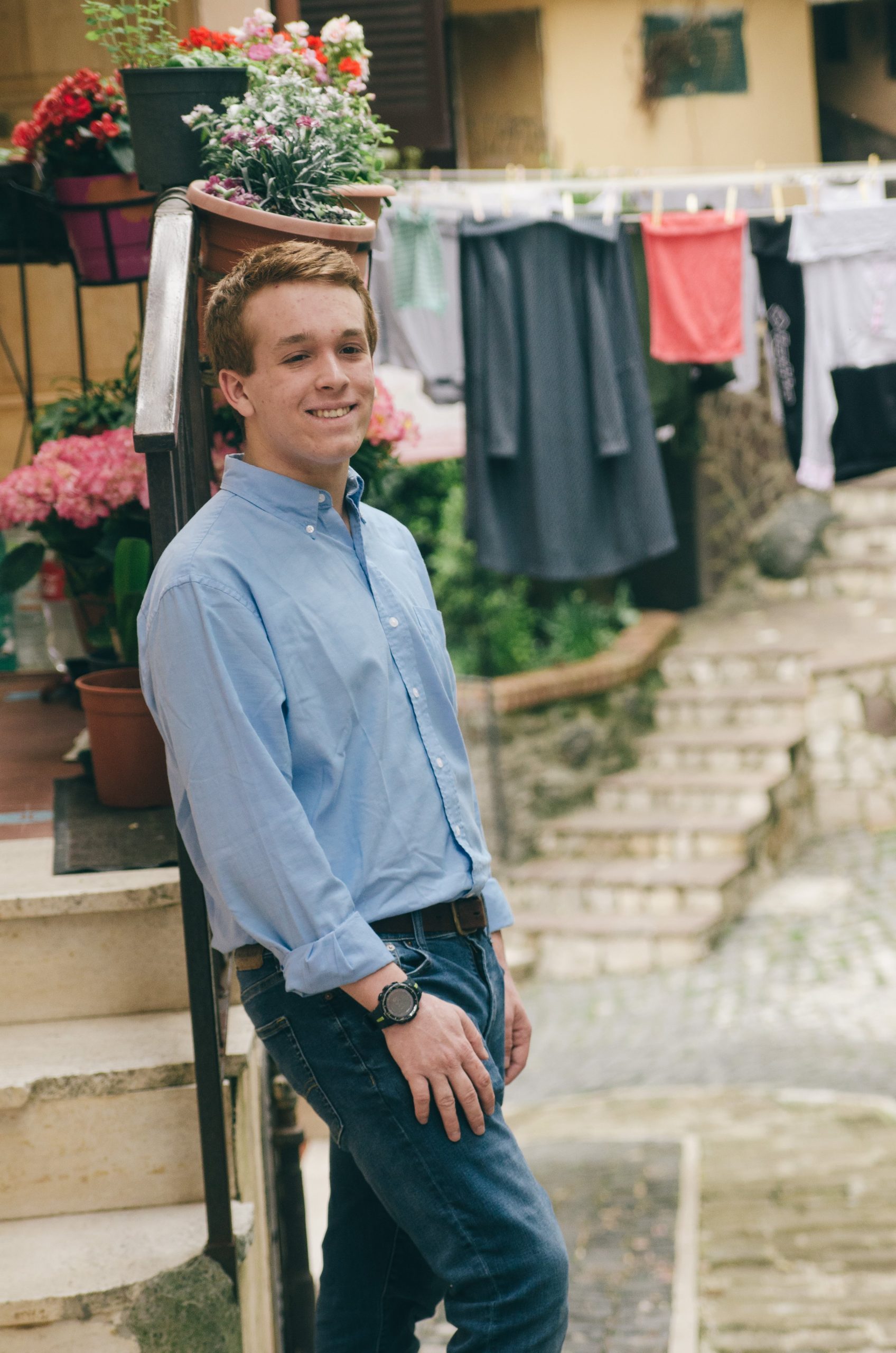 Honoring the memory of Shane Beal with words and a website

Shane Beal joined the St. Mike’s community in the fall of 2017. During his time here, he became part of the Inaugural Gilson Seminar, worked at Kelly Library, and wrote for and delivered copies of this very paper around campus, among many other things. Beyond formal roles, jobs, and memberships in student groups and communities, he is often remembered for his sharp wit, zest for life, unbridled curiosity, and passion for coffee and conversation. He loved to read and he loved to learn about all sorts of things and about all sorts of people — there was scarcely a topic he didn’t have an opinion about, and he would always be asking questions of strangers and friends alike in a quest to learn more about them and the world.

He also often had a quickness about him: He would walk fast, talk fast, speak fast, read fast, type fast, and even snap his fingers incredibly fast. He was fast, too, in telling stories and opening up about himself and his beliefs in the hope that it would help others follow suit. He had a heart of gold — and he wore it on his sleeve for all to see.

Shane was a proud man, but when you spoke to him, it was clear that he was not so much proud of himself as he was proud of his friends, his family, and his faith. He was selfless — and by that I mean not that he thought less of himself, but that he thought of himself less — and in doing so he found humility and joy in the service of others. More than anyone I’ve met, Shane embodied the theme of his year’s orientation week: Home is St. Mike’s. I am convinced that he considered us as part of his family, and where is home but where the heart is?

The name Shane means “gift from God,” and — true to his name — he used and grew and shared his gifts in service of others. Indeed, his very presence was a gift, and those of us who had the privilege of knowing him in life are now all too aware of his absence.

On Thursday, May 23, 2019, Shane Beal became the subject of a heart attack despite excellent health. His death was sudden and unexpected, and left a gaping hole in our community and in our hearts that has been difficult to fill. His legacy lives on, however, not only in a USMC Memorial Fund in his name, but in all of us who continue to know and speak of and remember him. His memory also lives on — in our hearts and minds, and now also through a site where all can share and carry forward his memory.

Shortly after his passing, his family set up an email for people to share their stories about him. With his parents’ help and permission, this has grown into a site for people to gather to remember him. The site, called Speaking of Shane, can be found at speakingofshane.com. Any and all memories, great or small, are welcome and can be shared with the family at [email protected]. The site was launched on Wednesday, February 26, 2020, on what would have been his 21st birthday.

So, happy birthday, Shane. We love you as you know you loved us, and we resolve to share that love to the world in all the ways you showed us how and more.