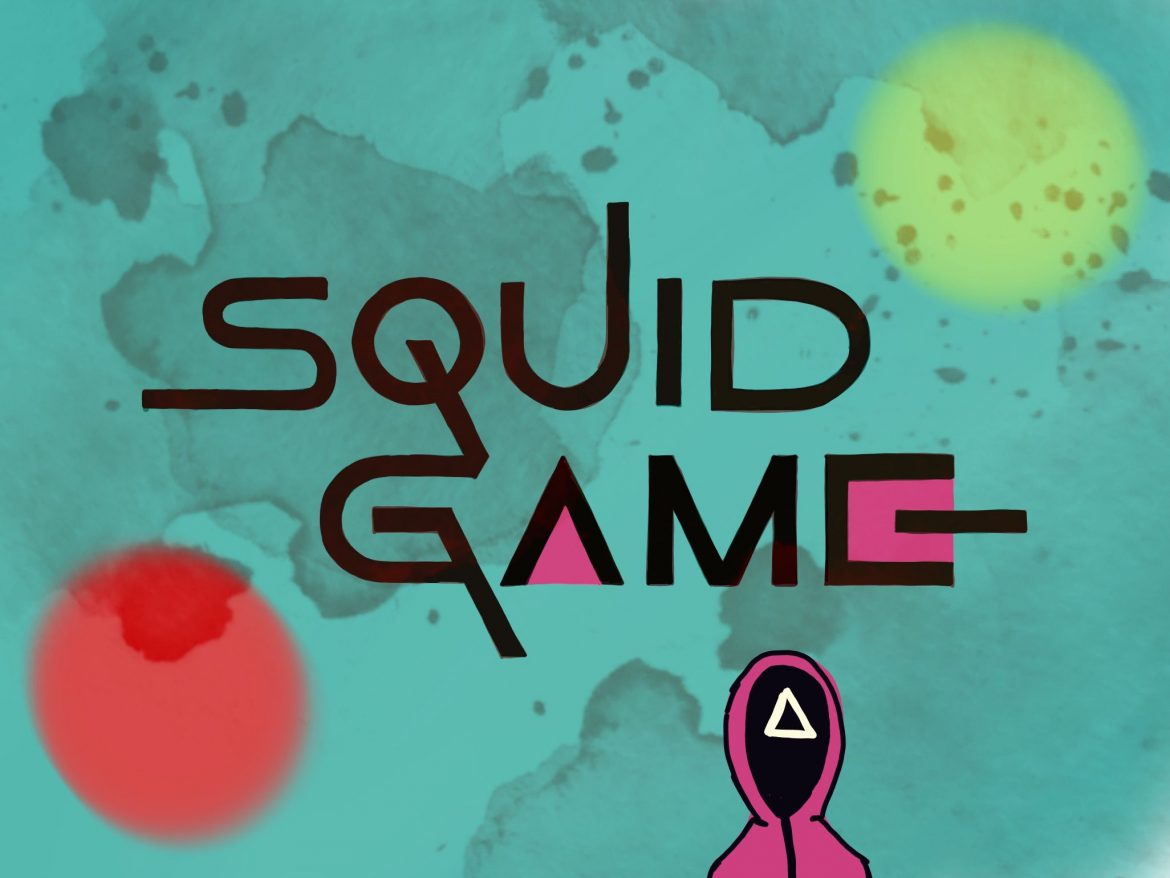 A spoiler-free review of Netflix’s biggest hit ever

The newly-popular Netflix series, Squid Game, has been a hot topic of discussion amongst viewers worldwide. After 10 years of pitching his idea, writer and director Hwang Dong-hyuk finally secured a deal with Netflix to give viewers the gift of this incredible Korean series. According to NBC News, the show has reached 111 million viewers, making it Netflix’s most-watched show of all time, so much so that the show has surpassed popular series’ such as Bridgerton, Lupin, Money Heist, and Stranger Things.

Squid Game is a 9-episode series that follows hundreds of money-hungry contestants, all of whom accept an invitation to compete in various children’s games for money. The turning point- these children’s games come with a deathly elimination process.

The show covers themes of structural and institutional inequality, and puts morality to the test. It really makes viewers question the value and significance of money- what would you do if you had the chance to win billions? How far would you go to pay off your debts?

Violent and vicious, Squid Game is brilliant; the characters have so much depth, the plot is concise and well thought out, and the acting is incredible. The series is gripping right from the beginning; it strategically distributes character and plot development over the course of 9 episodes, all of which come with twists and turns, making the show easy to binge. Watch the show in Korean with English subtitles- the show carries more emotion in its mother tongue, which significantly betters the viewing experience.

The Significance of Korean Culture in the Show:

Evidently, the show has gained popularity, fuelled by the rise of Asian arts and culture. Films like Crazy Rich Asians (2018), The Academy Award Winning Parasite (2019), and more recently, Shang-Chi: Legend of the Ten Rings (2021), have brought rich culture and diversity to the film industry. These all-Asian casts and crew allow for a more concrete and true depiction of Asian culture in on-screen productions.

Representation in film is crucial, as media that isn’t concentrated on Western norms appeals to various audiences and targets minority groups. Squid Game, being a Korean series, has become popular on a global scale for its thrilling plot and talented cast, and exposes Western audiences to Korean culture, allowing for more diversity and representation in film. The aforementioned Award-Winning film, Parasite, played a large role in paving the way for Asian film in a Western film industry, as its numerous awards display.

A Spoiler-Free Look at the First Episode:

The first episode of Squid Game beautifully sets up the show: the audience is exposed to the protagonist, Seong Gi-hun, played by actor Lee Jung-jae, as he navigates his gambling issues and living in poverty. Gi-hun is later introduced to the concept of playing games for money upon being approached by a salesman at the subway station. From there, the audience is submerged into the world of Squid Game and all its violent and insane counterparts. Who will die first, who will sacrifice themselves, and who will survive? You’ll have to watch to find out what the hype is all about.

Trigger warning: themes of suicide, brutal violence, gambling, and sex are portrayed in this series. If these are sensitive topics, refrain from watching the show and/or watch at your own discretion.