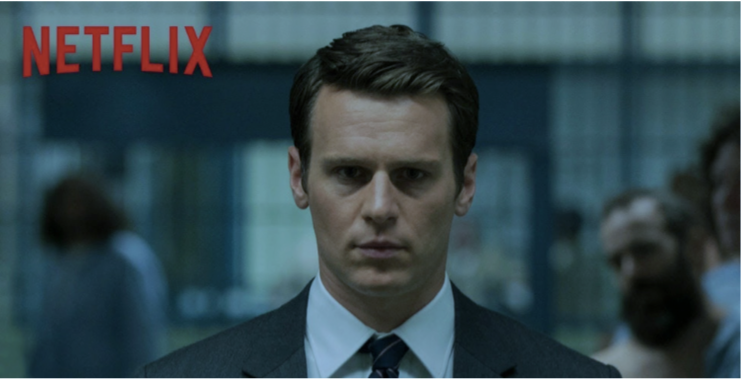 The finale lives up to its title

Good psychological thrillers are hard to come by. So, I was relieved that Mindhunter did not fail to impress me. If you’ve seen it, I’m sure you believe that the “Mindhunter” of this show is Holden Ford, but what you won’t see coming in the last episode is that it’s really his mind that’s being hunted. Here’s a thorough review of how Mindhunter got there.

When I made it to the last episode, a surprisingly obvious line spoken by a peripheral character finally made me realize what David Fincher wanted us to see. Holden and Wendy Carr arrive at the Georgia District Attorney’s office where she says that their “work” is glossing over the victims and the real pain that is suffered. In just a few sentences she exposes the indecency and the actual horror of the people Holden and his team are really experimenting on. As the District Attorney puts it, “You haven’t seen the victims’ bodies. You haven’t seen the horrible acts they committed.” These are probably the most transparent lines of this show and they are spoken for the sake of the audience who is so immersed in Holden’s smooth tactics and easy going conversation style with the serial killers that they have forgotten what a serial killer does.

When we first enter the show, we are wary just like Holden is with his first soirée into the world of serial killers. Once he gets comfortable and gets the hang of talking to them, so do we as viewers become fooled into believing that we are talking to a person who only comes from a broken background instead of one who has mutilated and raped innocent girls. It’s hard to dis- tinguish the line of reason from the line of insanity.

Holden is shown to be interested in their psychology, but he himself gets caught up with the disfigured boundaries between sexual play and rape. This is very obviously shown in the scene where his girlfriend is role playing and he is unable to commit to her sexual game because he keeps thinking of how it is all a game for the serial killer. It becomes apparent that he can’t separate his work self, who sympathizes with the serial killers, from the private self, who enjoys sex and does not see it as a means to control his broken life.

This confabulation of both parts of his life is culminated in the last scene of the season where he willingly visits Ed Kemper at his hospital room to apparently have a friendly conversation with him. When Holden walks into Ed’s room, I don’t think he imagined he would be sweating and scared for his life. And that is the scary part: the fact that he never saw a confrontation with Ed coming. But more than that, he never predicted that his conversation would end with him being comforted and hugged by a serial killer. The season ends with him having an anxiety attack because Holden realizes just how psychologically messed up he has become to think he is friends with a serial killer like Ed Kemper. What kind of a person is he if serial killers start to feel comfortable around him? That is what is messed up about the show: the fact that CIA officers investigating the minds of serial killers could become so enthralled by their subjects that they don’t realize when the lines are blurred between compassion and the horrific reality of their subjects’ actions.

Being a psychological thriller about serial killers, you would expect a plethora of gruesome, violent scenes flooded with mutilated bodies. David Fincher intentionally chooses to exclude the gory crime scenes, so that we would feel immersed in the world of serial killers and eventually forget what they do. Indeed, Holden never sees the bodies in real life, only pictures. That is why it is easier for him to disassociate from the horrific nature of his work. Holden does many questionable things, like say things that bring him down to the level of the serial killer in order to extract information from them. How many acts like these can be justified until it is downright immoral for Holden to be joking around with serial killers about sexualizing a 14-year-old victim?

These are the questions we should be asking ourselves about people like Holden and even psychologists today who are forced to have conversations with psychopaths and sociopaths in order to retrieve valuable information preventing future psychopathic minds from being formed. This honourable work comes with its own dangers, specifically to the minds of the interviewer who can become psychologically disturbed by what the serial killers/psychopaths say. It is clear from the gore-less format of this show that the director means for us to mull over what happens to the minds of those who believe themselves to be hunting other minds. For David, the hunter is the hunted because after all, each of us in our own way is teetering between the threshold of reason and insanity.