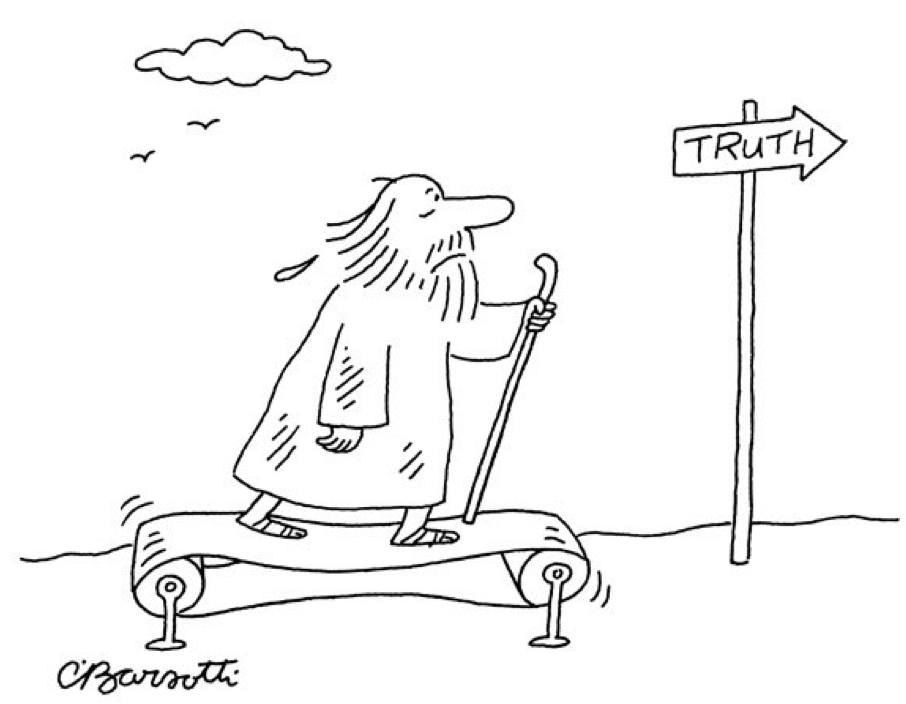 The truth about learning and the evolution of scientific institutions

The scientific method is without a doubt the best-invented tool for humankind to acquire knowledge. Before the 20th century, the predominant way to gain knowledge was through induction. The world is observed and theories are made to explain the phenomena through logic and rationalities. Today, most of the scientific research is based on empiricism (deduction), where an additional step is added to test out the hypothesis through experimentations. The key point is that the theories proposed now have to be testable and falsifiable, which was not the case in pure induction. This adds a large certainty in our acquired knowledge, especially the ones that last for a longer time, since they withstand more trials of testing.

However, the confidence and reliance in the scientific method sometimes ends up a trap, as a blind faith instilled to generations engaging in the field. Students of science are not made to study philosophy such as the theory of knowledge. Therefore, the young scientists inherit blind spots that they never question, despite being taught skepticism and critical thinking. The first problem of empiricism is based on its own philosophy: no amount of positive observation about the hypothesis can allow the conclusion to be true. We are only certain if something is untrue falsification. Second, there is, literally, an infinite number of plausible ways/hypotheses (that we can imagine AND be completely unaware of) that can be proposed to explain a chain of observations. Scientific community first has to take out all the theories that cannot be tested. Among the ones that are left, humans have built-in intuitions/biases that dictate some hypotheses to be more likely than others.

Physically, it is not possible to exhaust all plausible ways to falsify a hypothesis nor is it possible to exhaust testing all plausible hypotheses. Therefore, the final conclusion of what is “right” completely relies on the majority consensus and biases from the collective scientific community. We may call it sound rationality or logic, but we forget to examine how much unconscious workings and external factors affect our biases, such as language, culture, and the dynamics and psychology of groups and individuals. On top of all this, we know for a fact much that much of academia is infiltrated with motivated reasoning (i.e. socioeconomic impacts) which adds another layer of intense biases to abide with the paradigm. When observation comes into our hand, how we theorize it depends on the paradigm we rely on. For example, the astrologers had monopoly control over the paradigm of cosmology, and every new observation of the sky required an ever more complicated theory of motions to fit their fundamental geocentric models. Challenges to their paradigm undermined the well-established power structures, and hence they were met with huge resistance, until the church no longer backed up the special interest of the establishment.

Human nature has not progressed much from the days of astrologers (geocentric model) versus the Copernican revolutionaries (heliocentric model). You cannot challenge the principles of geology if you aren’t a geologist, you cannot challenge the principles of climatology unless you are a climatologist. The scientist working in the current paradigms has little career incentive to examine unconventional ideas. Without major findings and groups of similar-minded people, an unorthodox idea will not be adopted.

When is the last time something was taught to us and we accepted it as fact even though it actually made no sense to us? If scientific theories are correct, they should make sense to all people with common sense. Yet, we seem to compartmentalize science as this complicated jumble of mess without actually trying to coordinate it with the reality. In his book “Surely You’re Joking, Mr. Feynman!”: Adventures of a Curious Character, Richard Feynman told two interesting stories about university freshmen and Einstein’s assistant, and demonstrated an interesting phenomenon on how people “know” and are educated. He realized that many people do not learn from understanding and also, how fragile our knowledge is, even with more learned people. It is indeed a weird phenomenon that was talked about by Nassim Taleb: our “knowing” of a particular subject is confined to exam questions in classrooms, and we fail to know what it means in any other real life practical situation.

Should we challenge the institutions and tumble them down? I do not think that is the answer. For most of us, what matters is not the recognition of being right versus wrong, but more on what works or not. Thanks to technology, we are seeing such movement in society: the maker movement (a Do It Yourself, or DIY, group), Hackerspace movements, volunteer computing, crowdsourcing, open source community, etc. These are the forces that ignore well-established institutions. People do projects on their own initiations without being told from top-down controls. Resources and opinions are liberalized and shared and, therefore, evolve together. Despite the rigidity of power that remains, we can expect unexpected productivity growth and innovation still in societies because of people such as you who do things for the sake of curiosity and innovation. Through doing and making things, we indirectly bridge that gap of public education that has been missing: learning things to make sense of the world we live in, not to complete papers and exams.