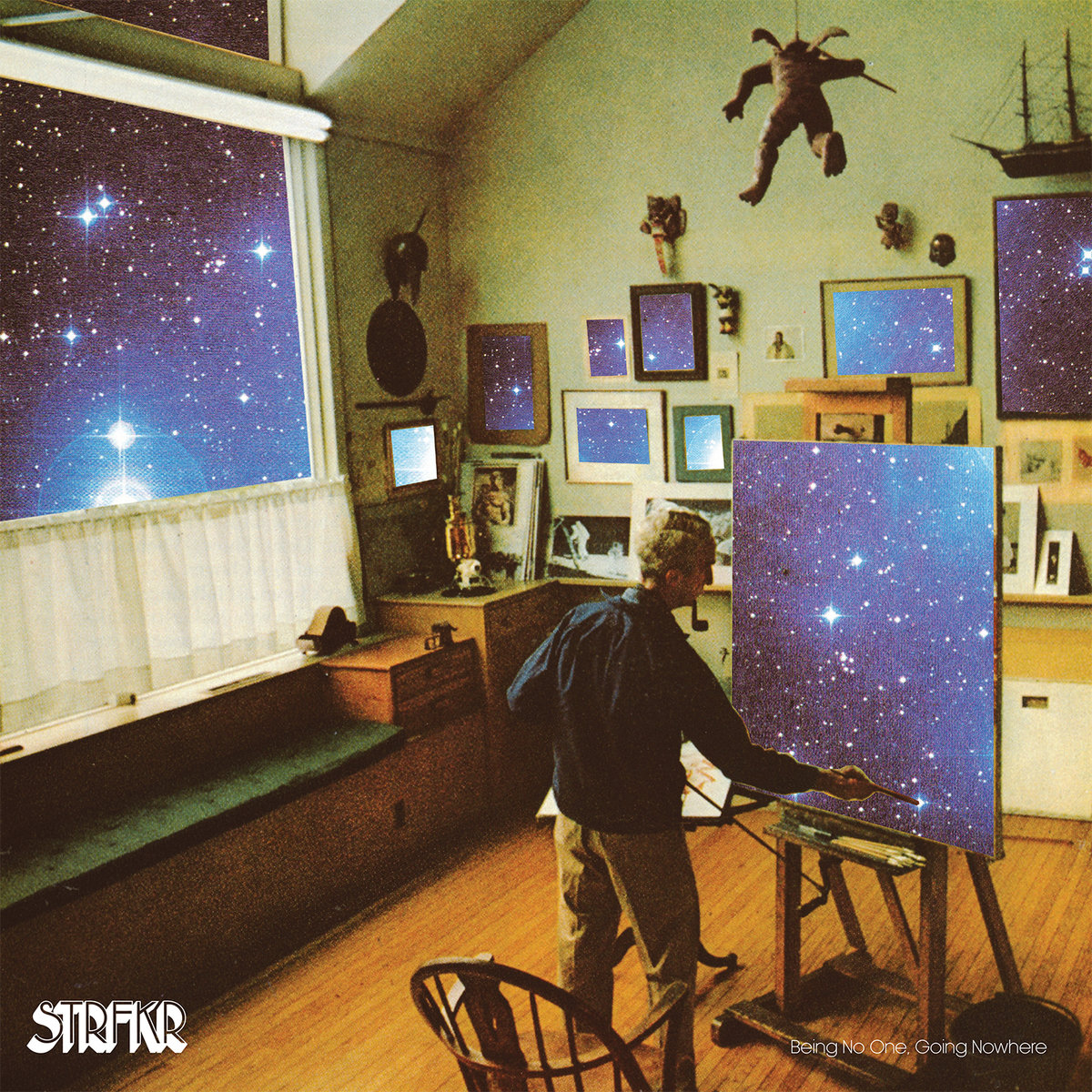 Album Review: STRFKR’S Being No One, Going Nowhere

Exam season got you down? If your schoolwork’s piling up alongside your detachment from it, and a real escape is what you need, but a temporary one’s all you can afford, you’ve come to the right place. Better yet, do you feel like you’re running in circles? Dare I say, going nowhere? If so, STRFKR’s Being No One, Going Nowhere might be just what you need this time of year.

In my opinion, it’s definitely their most cohesive album yet. At the very least, it’s their most radio-friendly — which of course, isn’t necessarily a bad thing. On the heels of the massive success that was Netflix’s Stranger Things, the EP may have also come at the perfect time. If, like me, you found that a huge portion of the reason Stranger Things worked was due to its mood-setting soundtrack, then you should check this album out.

Filled to the brim with what’s perhaps best described as dreamy, indie, space-pop, Being No One, Going Nowhere is not only refreshing, but danceable. Much of it seems like a more upbeat B-side to the soundtrack of the movie ‘Drive’ (you know, the one where Ryan Gosling mostly does just that). In fact, had “Something Ain’t Right” been moodier — with a slightly lower tempo and more subdued chorus — it would have fit onto the Drive track list seamlessly. However, to its strength, it isn’t: “Open Your Eyes” plays that part well enough instead.

“Open Your Eyes” is clearly the EP’s standout track. Clocking in at just under 4 minutes, it’s powerfully understated. Initially, its synth is relegated to the background, where it adds texture to a catchy but otherwise monotonous bass line. As the song progresses, the two gradually begin to compete, and eventually, they come together. As “Open Your Eyes” lets off into the first half of its chorus, the synth drops away, but only for a moment — it comes back with force as the second half kicks in and the song picks up, for a few seconds, only to downshift back into the same understated bass line that drives each verse. Before you know it, it’s over – just like the album.

Same goes for its music video, which is also pretty fun, in a campy, Wes Anderson does aliens sort of way. Underneath that fun lies something more — or rather, a longing for something more. Hodges expresses a simultaneous yearning to escape and desire to go back and change things that perhaps mirrors your own these days. More than anything, Hodges repeatedly returns to the topic of loneliness. “Who doesn’t need another friend?” he asks.

“Lonely eyes and a save me smile standing halfway in the night / ‘Cross this room in a neon tomb / Let it be the satellite,” he sings. Not spaceship: a satellite, being, in this case, a symbol of earthbound, or at least earth-centred space travel — sort of like the music itself.

Other highlights include: “When I’m With You”, which sounds like something you’d hear in an upscale King St. restaurant — a sort of low-key, almost club anthem with substance, as well as “Tape Machine” and “Never Ever”: probably the two most upbeat jams. Basically, ‘Being No One, Going Nowhere’ sounds like all the best, most uplifting parts of MGMT, Passion Pit, Phoenix, and Tame Impala rolled into happy cohesion.

In Being No One, Going Nowhere, frontman Josh Hodges yearns for a vague future-past that seems to lie out of reach. In doing so, he actually takes you somewhere else, on a dreamy journey that’s as fun as anything else I’ve listened to in 2016 — and musically speaking, it’s been a good year. If you want to get away but your means are limited, I’d suggest you try STRFKR.