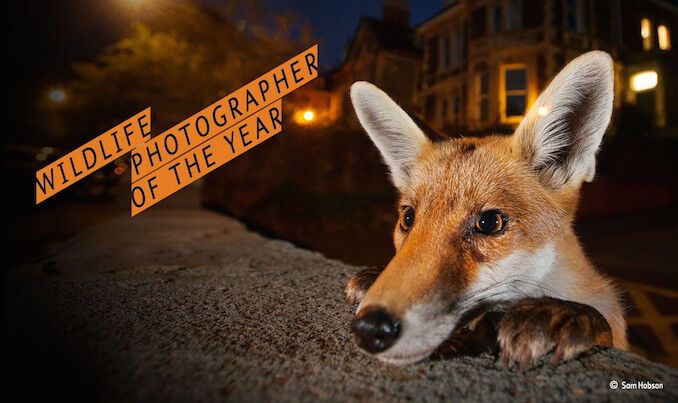 A Review of the Wildlife Photographer of the Year Exhibit

Located on the fourth floor of the ROM in the Roloff Beny exhibit room, the talent and skill of photographers from around the world are on display in this year’s Wildlife Photographer of the Year exhibit. What began in 1965 as a small nature photography contest with only three categories and 361 entries has grown into the most renowned and competitive photography competition in the world, boasting 16 categories and over 50,000 entries. Now in its 52nd year, Wildlife Photographer of the Year displays photographs from categories such as mammals, birds, underwater, and urban landscapes from all age groups starting from 10 and under. Aiming to reflect the diversity of the natural world, the exhibit premiered at London’s Natural History Museum before beginning its world tour showcasing 100 photographs of the finalists and winners.

One of the more arresting images at the exhibit is the very first that catches your eye as your turn the corner of the hallway. “The Aftermath” by Simon Stafford is a winning photograph in this year competition and is perhaps one of the more violent images the exhibit has to offer. Aiming to display the gruesome side of the Wildebeest Migration, “The Aftermath” displays a large pile of decaying wildebeests being eaten by hyenas. In the foreground, a single hyena stands and looks directly at the camera while, in the background, entrails and mud mix together to create a gory masterpiece. The colours are dark and subdued, and the image is oddly beautiful despite the violence. It is no wonder this photograph won in the mammal category: displaying the grotesque side of nature is difficult to do in such a lovely way.

In contrast with the brutality of “The Aftermath” is “I Spy with My Raven Eye” by José Juan Hernández Martinez. This photograph is a close-up of a raven peering into a glass bottle in hopes of discovering what’s inside. This image is as intriguing as it is heartwarming because it displays not only the inquisitive nature of birds, but it also connects us to the natural world: just as the raven looks into a bottle to see what it holds, we gaze into a telescope to discover new worlds.

The image is in close-up and in the very centre are the Raven’s face and the mouth of the bottle. Aiming to explore and showcase the more playful facet of birds, “I Spy with My Raven Eye” is a finalist in the bird category of the competition.

In perhaps the most surprising of categories ten and under “First Shoots,” Morgan Wolfers makes his debut with his photo “Tiger Pearls,” a macro photograph of a moth laying her eggs. The moth herself is black and grey striped and her eggs are pearly-white and shiny: very fitting for the photograph’s double-entendre title. The youngest of the photographers at the competition, “First Shoots” offers young talent such as Wolfers a chance to display their unique and beautiful images.

These photos are only 3 of 100 images at the ROM’s exhibit Wildlife Photographer of the Year. Be sure to check out this amazing exhibit and see for yourself the incredible, beautiful diversity that the world has to offer.

Wildlife Photographer of the Year is on display at the ROM until March 19, 2017. Remember, entry is free on Tuesdays for full-time students.