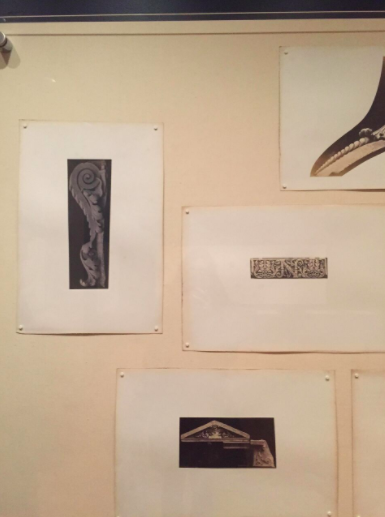 Until April 8, 2018, at the Art Gallery of Ontario (AGO), you can visit Édouard Baldus: The Louvre Folios, 1855–1857, an exhibit curated to showcase the renovation of the Louvre in Paris, France, in 1855. The exhibit is a flashback to the past with photographs documenting the changes in Louvre architecture and design. The exhibit itself is easy to find as it is on the main level, and features many different photographs and details of the new and refreshed Louvre architecture. The commission that Baldus received from the French government ensured the documentation of the renovation process and also provided images to assist the builders. This proved to be significant because it was one of the first times photography was used in tandem and partnership with architecture. Using a camera as a tool for guiding construction has never been done before, and it ushered a new era in which cameras became tools for the trades. While there are in actuality hundreds of photos, only a select few are featured at the AGO, and these focus on various sculptural details and small images that lavishly decorate the buildings. The photographs of the various details served two very important purposes: as aids for the builders and “as propaganda sent to foreign heads of state, demonstrating the ability of the Second Empire to carry off this vast and complex project and the talent of its artists and builders” (AGO). The photographs featured at the AGO are from six folios from around 1860. The collection in its entirety consists of 546 salted paper prints. In each photo, Baldus “filled each frame with his subject and suppressed the background as much as possible” (AGO). He also took his photographs from high vantage points, which resulted in more dramatic images. The results were spectacular and Baldus became a favorite photographer of the French government.

The exhibit features a large photograph of a building called the Pavillon Sully, which highlights certain elements of the building and makes them appear larger. These photographs give the viewer a chance to observe details about the building that they would likely not otherwise notice. For example, a legend next to the larger photo is one that explains architectural elements such as “cresting,” which are decorative ornaments placed on top of a building, and “caryatids,” which are architectural columns. Another feature of the exhibit is a section about an element called “putti” or “artistic representations of nude children, usually male” (AGO). These putti reflect different seasons and activities, such as wine-making, French colonialism in Africa, and astronomy. The putti look like small sculptures of plump children.

This exhibit is rich in history and innovation, and any viewer will learn much about the history of architecture, art, and the ways in which history is preserved.