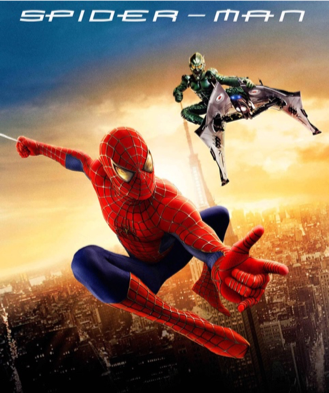 Why we need to remake films and television shows

As a child, watching Disney movies was my alarm clock in the morning and my lullaby at night. One of my most vivid memories as a child includes rewatching Hercules with my brother while singing along to the soundtrack blasting in our room. Disney opened my heart to possibility and widened my imagination — so when I recently watched the newly released trailer for Aladdin, my inner child got excited all over again. However, I was not surprised to see people complain about Will Smith’s casting as the genie or the live-action aspect of the Disney classic’s remake. Remake culture has been prevalent in both the movie and television industry for a very long time, though it has incited fans to berate and complain about remakes of their beloved films. Are remakes the industry’s clever way of further profiting from these lucrative franchises or is it a way of honouring these films’ cherished histories?

I have nothing against remakes and reboots. They may spark defensive arguments with my peers about who the better Spider-Man is, but the concept of rehashing classic stories has always been something I consider inevitable. First off, we love the familiar. Moreover, the universes and plotlines we go crazy for — e.g. The Avengers and X-Men — lend themselves to sequels and backstories. Remakes and reboots are not so much a product of Hollywood’s lack of originality or profit-driven greed, but rather a reflection of the evolving creativity and vision of both emerging and established artists.

Movie and television remakes are avenues for actors to deliver fresh and unique interpretations of characters like Scarface’s Tony Montana or The Departed’s Billy Costigan. It provides an opportunity for storywriters to either add a new layer to the plotline, extend character storylines, or rewrite the earlier versions’ problematic representations. The backstory and psyche development of Norman Bates in Bates Motel, or the 2016 Ghostbusters’ correction of the original movie’s issues of representation and sexual politics are both examples of reboot virtues. Another example is Disney’s Maleficent (2014) in which the antagonist from Sleeping Beauty (1959) is given a compelling history in the film’s nuanced exploration of moral character development. Disney remakes are also often a channel for younger generations to experience classic stories that they wouldn’t have otherwise grown up with. Overall, there are hundreds of remakes that have been made and are in the works. The question is, will they ever compare?

Maybe — but maybe not. You can never fully compare a remake to the original film simply because they were created based on different interpretations and produced during different eras. Films, just like works of literature, can be interpreted in myriad ways. There is no definitive perspective on art because what we regard as progressive or exceptional today may change drastically in 20 years. If artists were only allowed one lens for interpreting a film, creativity would never flourish and the imagination would never be challenged. Remake culture therefore fosters inventiveness and innovation. It sparks conversations amongst fanatics and critics alike. It recognizes the idea that entertainment is evolving past stereotypical storylines and tropes.

Yes, remakes and reboots will always have polarizing responses. The debate of whether or not they are considered sacrilege to the original films is never-ending and cyclical. Yet we need to ask ourselves what morals, lessons, or issues arise when watching these films. We need to differentiate artistic vision from racist or sexist representations. We need to correct and debunk outdated views on gender and race. We need to bring classic stories like Disney’s to younger generations, but with a progressive voice. Ultimately, it’s not about being faithful to the original narrative or keeping a beloved story untouched and placed on a pedestal. Rather, it is the lessons, morals, and challenges we take from these films as critical film viewers that matter.