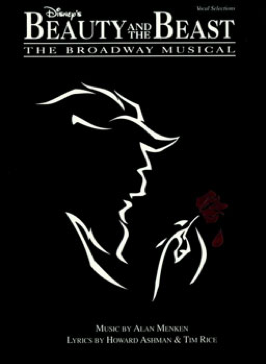 The St. Mike’s Troubadours put on Beauty and The Beast

Appropriately referred to as a “tale as old as time,” Disney’s Beauty and The Beast debuted on Broadway 25 years ago but still retains its freshness as the St. Michael’s College Troubadours offer their own version of this classic. Most fans of Beauty and The Beast will remember the 1991 release of the film for winning wide acclaim for its score under the musical genius of Alan Menken, Howard Ashman, and Tim Rice. Mirroring the Broadway adaptation of the original movie, the Troubadours’ version of the musical retold the famed tale in an entertaining way — though the show was peppered with both successes and shortcomings.

A live band is a telling portion of a musical performance and in the case of Beauty and The Beast, the music was the show’s primary weakness. The overture kicked attention into high drive with a violin that wailed incessantly, playing all the wrong notes, and while the addition of the chorus certainly helped, it could not fully mask the shaky instrumentation. Musical director Mykola Pyskir was quick to rally his band during the second act of the play, though the impression had been made and laughter ran rampant through the musical — and seemingly always at moments where you would expect seriousness.

Despite the band’s initial struggles, the musical was certainly an entertaining affair. Bright spots presented themselves in Ryan Williams’ portrayal of Lumiere; he embodied his character perfectly and delivered a witty performance filled with one-liners that had the audience cracking up. Caroline Miller, resplendent as Belle, was the very image of a Disney heroine with vocals to match. Singing sweet and clear, her melodies lifted the strain away from the band and allowed the character to come to life. Josh Davis’ Gaston was a dream, with just the right amount of playful misogyny to make everyone love to hate him. Balancing coquettish smile and sassy one-liners, Kara Austria delivered a memorable performance as Babette, sashaying across the stage with all the confidence the character demanded of her. Callum Hutchinson was fit for his role of the Beast, brooding and moping across the stage as he growled through the angst surrounding his rather unfortunate but deserved circumstances.

While the set left something to be desired — much of the musical depended on a healthy dose of imagination to really make the scenes shine — the superb choreography allowed musical numbers to stand out. This was especially apparent in “Gaston,” the musical number complete with a strong chorus that drowned out the somewhat baleful band and a dance sequence that had audience members’ feet tapping along with the characters’.

All in all, the musical provided a delightful if at times cacophonous night filled with laughter and music. The gravitas of the story’s morals was easy to forget as the musical unfolded as a light-hearted tangle of events but overall, the playful lighthearted tone served to enhance, rather than detract, from the engaging drama.