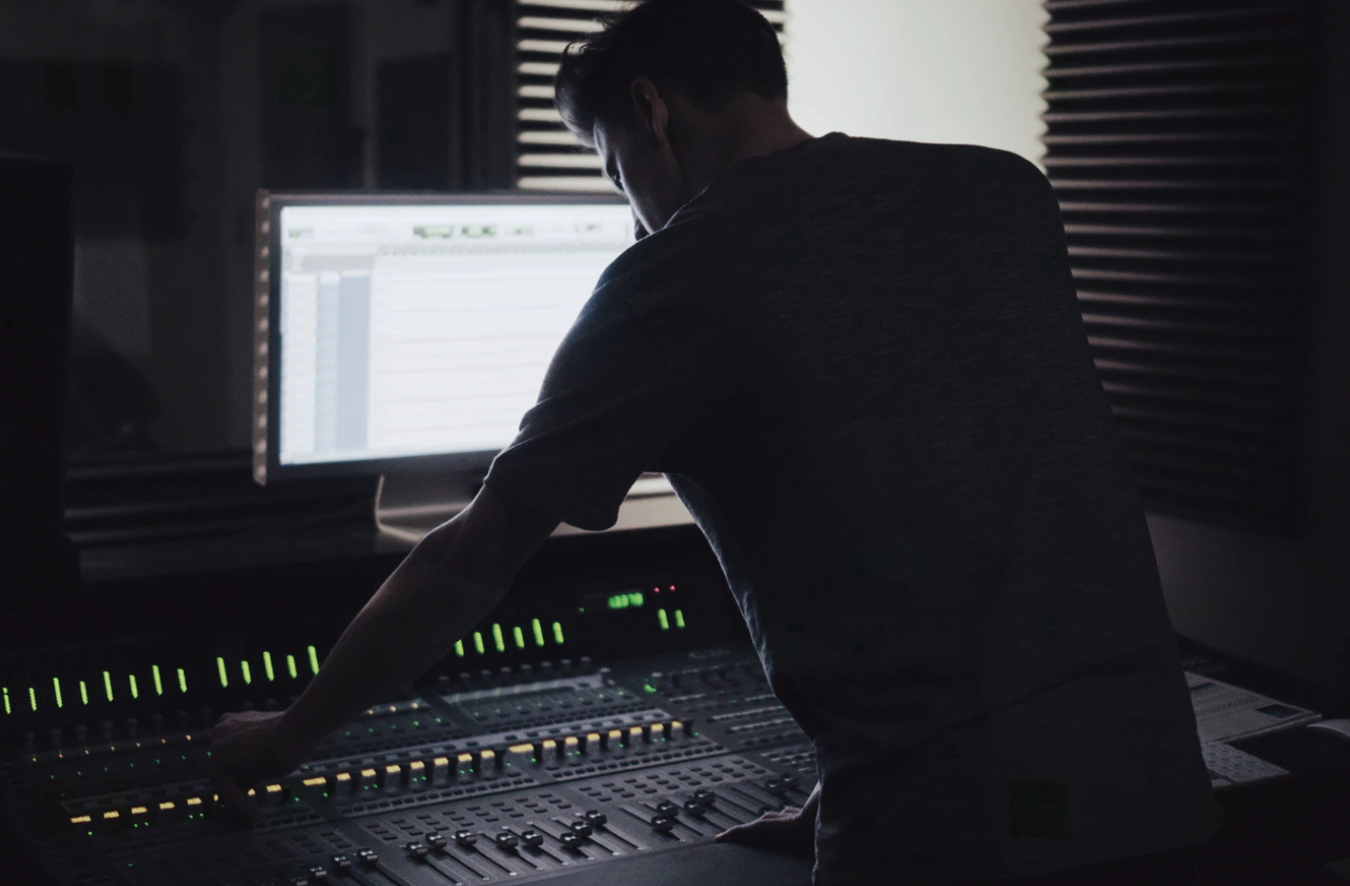 An album review of Ginger

The world of hip-hop drastically changes with every song or album that is released, and the collaborative group BROCKHAMPTON is becoming more prominent, even more so with the August release of their new album GINGER .

GINGER presents a melancholic tone with tracks sounding more vulnerable compared to the SATURATION trilogy, while also seeming more cohesive than the track list of iridescence. Group member JOBA has stated for Apple Music: “Just trusting the process, moving through it, not even talking about what we’re going to talk about, or what the topic even is.” Many of the songs relate back to ideas of despair and isolation in the darkest moments of life. At times, certain tracks will shift back to the aspiration for potential hope, but the impression of being emotionally lost lingers throughout the entire album. This relates back to its consistency, and although GINGER is not as musically experimental as iridescence, the lack of it does not take anything away from the lyrical messages that BROCKHAMPTON is trying to get across.

The album starts off with “NO HALO,” a song that describes loneliness in its clearest form, and has gained a lot of popularity among fans. The rest of the song explores topics of mental health (seen heavily in Merlyn Wood and Dom McLennon’s verses) and religion (JOBA’s verse). These themes are prominent throughout the album, and this content is one of the reasons people listen to BROCKHAMPTON so much.

“SUGAR” and “GINGER” are songs that deal with both heartbreak and the nostalgia of being in love. For “SUGAR”, the song also covers drug use in Matt Champion’s verse and his teenage relationship being built on a foundation of drug use. The pre-chorus by bearface sings of the desire to have a relationship and partner, which then goes into Ryan Beatty (a contributor to the song, like Deb Never) singing about how lonely he is, and asking why he can’t have the one he wants. As for the latter, “GINGER” starts off with a story about giving space to a significant other with Kevin Abstract, lead vocalist, singing, “Know you got your own shit, and all of it together.” The first verse is Abstract referring to how good it feels to not have anyone around with the lines: “…Stay sound when you not around/Mood is always better whenever you not around/Fuckin’ up the weather and you fuckin’ up my town.” The rest of the song is about not trusting the idea of love anymore, perhaps alluding to growing distant from someone who was thought to be endearing at first.

Something that should be noted is the recurring theme (either overtly or not) of the absence of former bandmate Ameer Vann. Back in 2018, Vann was booted out for sexual misconduct and other issues that were discovered later. In songs such as “IF YOU PRAY RIGHT” and “DEARLY DEPARTED,” specific lyrics can be linked to his departure. In the former, Dom McLennon’s first verse reads, “Hallelujah, holy lion, word to Judas/How I’m supposed to trust what you say is the truest?” These two lines describe Vann as Judas; a traitor to the group, just as Judas betrayed Jesus. The third verse, which is Merlyn Wood’s, almost sounds as if he’s mocking Vann, and tries to hold him accountable with the lines “begged my mommy for money until the day it ran out/They say, ‘We helped you when and when, now you should figure it out’/Figure it out.” It can also lean toward the idea of telling Vann to find his religion again, especially with past actions.

“DEARLY DEPARTED,” meanwhile, is a saddening melody. As the title reads, it is about the nonexistence of what was loved before. The song starts off with Abstract reminiscing about his difficult life in Corpus Christi and his challenging relationships with others, such as his sister and Vann. A difficult childhood, loss of grandparents, friends, the probing question of whether morals exist, and how hard it can be to endure the hardest trials of life, are all topics of discussion. Abstract continues his verse, explaining that the reason for his riches is because of the lies he created, justifying it with the trauma both he and his bandmates have had to face recently. McLennon asks, “How many sides to a story can there be when you saw it with your own eyes?” in the third verse and references past tracks that included Vann being scrapped following his misconduct. He continues expressing how he won’t dismiss the truth even if the two were once close, while also calling Vann a weak person for not facing the consequences of his actions. He ends the song with, “You could talk to God/I don’t wanna hear, motherfucker.” He tells him to turn back to God, as that’s the only way he’ll be listened to. It’s overall a very intense piece, and though it’s not exactly the most relatable song considering its messages, it is interesting nonetheless.

“BOY BYE” and “I BEEN BORN AGAIN” are the two fast-paced, feel-good songs of this album. The former is definitely catchy to first-time listeners, with its rhythm contrasting most of the other songs. McLennon instantly grabs your attention with the opening line: “Everybody ask me how I deal with my depression.” While jarring at first, it sparks the listener’s curiosity. Champion’s verse is the type that makes you feel good about yourself, especially his shared chorus with Wood. It’s through Abstract and bearface’s similar verses that they preach the message of trying to move on in spite of unmoving trauma. The lines, “Bein’ sober made me realize how poorly I been behavin’,” and, “Trauma the price for the patience,” both emphasize this message. For “I BEEN BORN AGAIN”: whispering. That’s all that needs to be said. It’s used only in the beginning, and it certainly makes the song stand out. A personal favourite part is the ending after Henock Sileshi’s verse when listeners are on the edge waiting for what is next. And of course, it’s not disappointing, as they’re gifted with Champion’s powerful outro. It gets stuck in your head fairly quickly. Going backward now, JOBA’s verse is beautiful in its own right. A total 180 when his vocals are compared to those on “FACE.” Wood’s verse, though it feels squeezed in, is the perfect addition to the song. Abstract’s first verse sounds very laid back. The beat used really makes a person feel like they’re in a lowrider having the best time.

“HEAVEN BELONGS TO YOU” is the shortest song of the album, but holds a lot of meaning. It’s sung by slowthai, an English rapper who collaborated with the group for the first time. The line, “Hopin’ you can only repent these things,” could be referring to wanting remorse. If the listener wanted to relate the entire song to Vann, it’s entirely possible since it sounds like slowthai ridicules Vann during the entire chorus.

As for the rest of the album, which includes “ST. PERCY,” “BIG BOY,” “LOVE ME FOR LIFE,” and “VICTOR ROBERTS,” all are worth listening to if you’re a fan, but none are as memorable as those that already have an explanation. Of course, to each their own.

The group has come a long way, and although its members have collectively suffered the unimaginable, i.e. having a member leave, they’ve also been able to bounce back through their music. GINGER, like their other albums, deals with topics that are not easily dismissed. It is almost as though they’re becoming the saviours of modern rap; restoring the quality of novelty that hasn’t been heard in the recent past. From the same interview with Apple Music, Abstract stated, “We all want the same thing out of this at the end of the day. No matter what it is we’re doing, we put our heart and soul into it.”