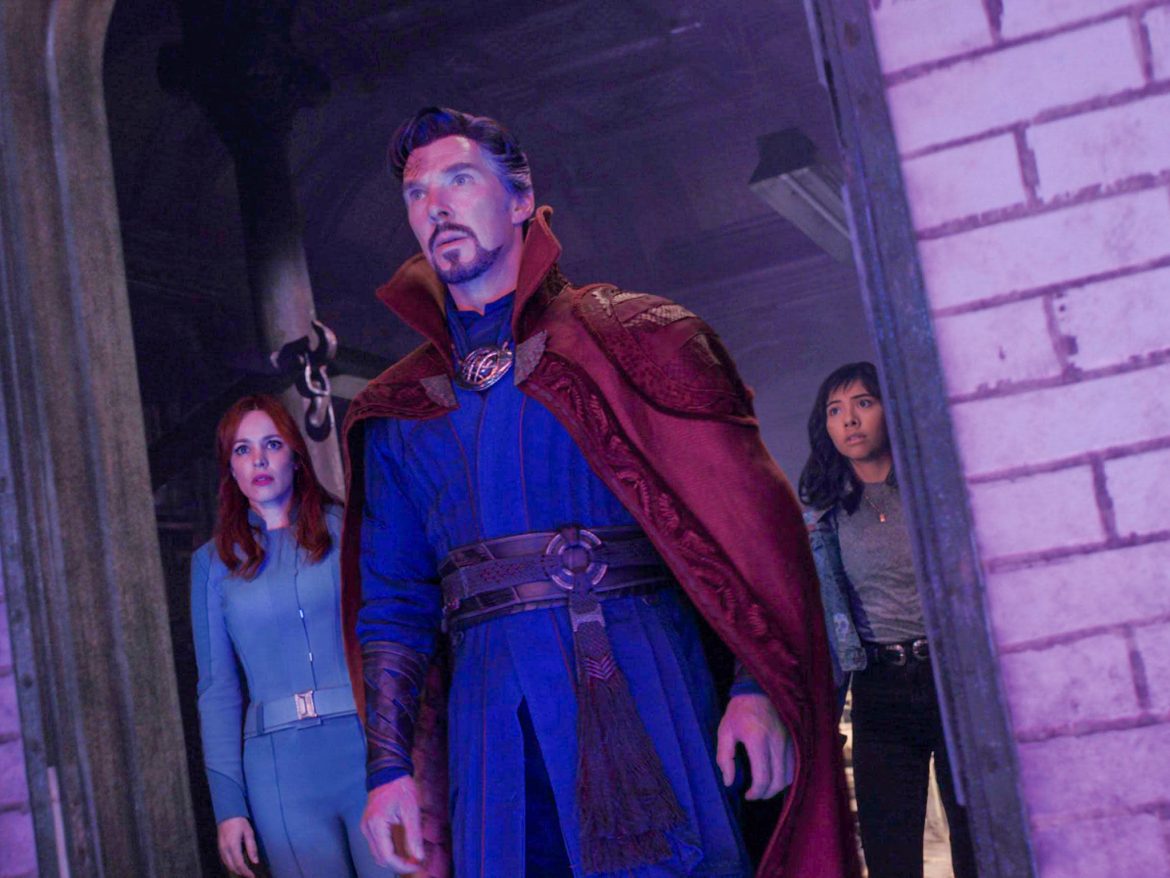 “The Storytelling Magic of the Multiverse”

I’m going to be completely honest here: before a few months ago, I did not care about Doctor Strange. I’ve written before about my growing weariness of the MCU (yes this is a shameless plug for my Spider-Man review), and that weariness translated into flat-out disinterest for Doctor Strange. Sure, I’d enjoyed his cameo in Thor Ragnarok, and his role in Avengers Endgame, but regarding his own movie, the best I could say was that it was cool to look at. Then, Marvel did something that surprised me.

With the release of the Disney+ shows WandaVision, Loki, and What If?, Marvel has shown signs that it’s beginning to experiment with its standard superhero blockbuster method. At the same time, these shows gradually laid the foundation for a multiverse to emerge in this new era of the MCU. Add to that the success of Spider-Man No Way Home’s foray into meta-level crossovers, and Doctor Strange in the Multiverse of Madness is set to take the reins of the grand adventure into absolute insanity otherwise known as the multiverse.

A quick crash course on Marvel’s multiverse: despite what I’ve just said, the multiverse is actually a really simple concept. In Marvel comics continuity, the main universe, or Earth-616, is not the only universe. Instead, there are multiple alternate universes that exist alongside Earth-616, each with their own distinct versions of various Marvel characters. Some universes are built around small tweaks or reimaginings of continuity. Others are complete reinventions of the entire world where superheroes are gritty noir antiheroes or zombies. One of my personal favorites, Earth-65, lies in between these two extremes. In this universe, Gwen Stacy takes up the mantle of Spider-Woman and gives the Marvel Universe a bright pink, punk rock twist. What’s clear from these examples is that the multiverse is a space for exploration. It’s an opportunity for creators to take their weirdest ideas and run with them without the restrictions of continuity and conventionality.

Now, how are zombies, punk rock Spider-Women, and angsty Hitchcock-era heroes related to Doctor Strange? Aside from the obvious connection in the title, Multiverse of Madness is an opportunity for the absurdity of the comics multiverse to make its way on-screen. Without breaking into conspiracy theories, the movie’s trailer already suggests that this is the direction that the movie is taking. Most people will have already recognized Patrick Stewart’s cameo, likely acting as a version of Professor X. Another promising sign is the inclusion of America Chavez, a superhero with deep ties to the multiverse and a surprisingly complex backstory. All this implies a commitment to ambition and risk-taking that I will gladly see on the big-screen.

My only fear is that Multiverse of Madness won’t take the multiverse far enough. Disney has a penchant for taking one-step back for every new idea it introduces. For every WandaVision, there’s a Black Widow to remind us how committed the MCU is to its comfort zone. If I’m getting a multiverse, I want it to feel like a multiverse. Let there be universes where everyone is an animal. Let there be grimy, Wild West dystopian worlds. Let the multiverse be as wild and chaotic as it has always been.
So come May, let’s hope that our hero lives up to his name and allows the multiverse to be truly strange. If it doesn’t, well, at least we’ll have Spider-Man: Across the Spider Verse to look forward to.